Decentralized finance (DeFi) was the driving force behind the growth in the cryptocurrency market in early 2021, but lately, the sector has taken a back seat to nonfungible tokens as famous artists and legacy auction houses jump into the NFT ring.

A break from the spotlight has allowed some of the more popular DeFi projects like Balancer to regroup and plan out the next steps for their protocols as they work toward creating a more interoperable, user-friendly DeFi ecosystem.

Data from Cointelegraph Markets and TradingView shows that Balancer Protocol Governance Token (BAL) reached a low of $28.95 on Feb. 23 following the market-wide correction that occurred after Bitcoin (BTC) first rejected from the $58,000. Since then, BAL has rallied 122% to set a new all-time high at $64.99 on March 18. 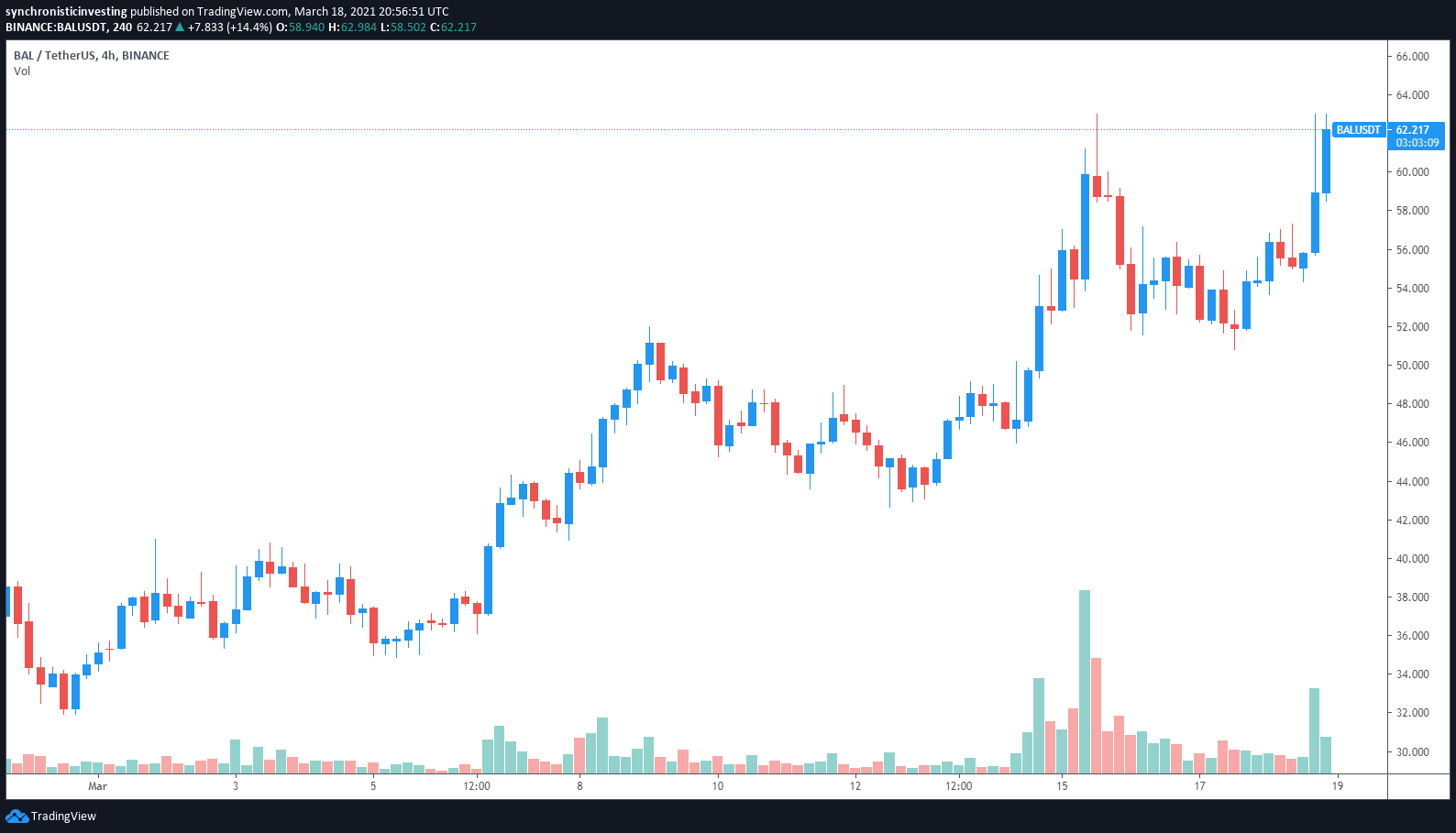 Balancer was able to separate itself from the extended slump experienced by DeFi tokens thanks to multiple partnerships and protocol upgrades that seek to address some of the biggest concerns facing decentralized finance, including high transaction costs on the Ethereum network.

On Feb. 2, the project began tweeting about Balancer 2.0 and the various features that would be included like a protocol vault, gas efficiency and resilient oracles.

VORTECS™ data from Cointelegraph Markets Pro began to detect a bullish outlook for BAL on March 12, prior to the recent price rise. 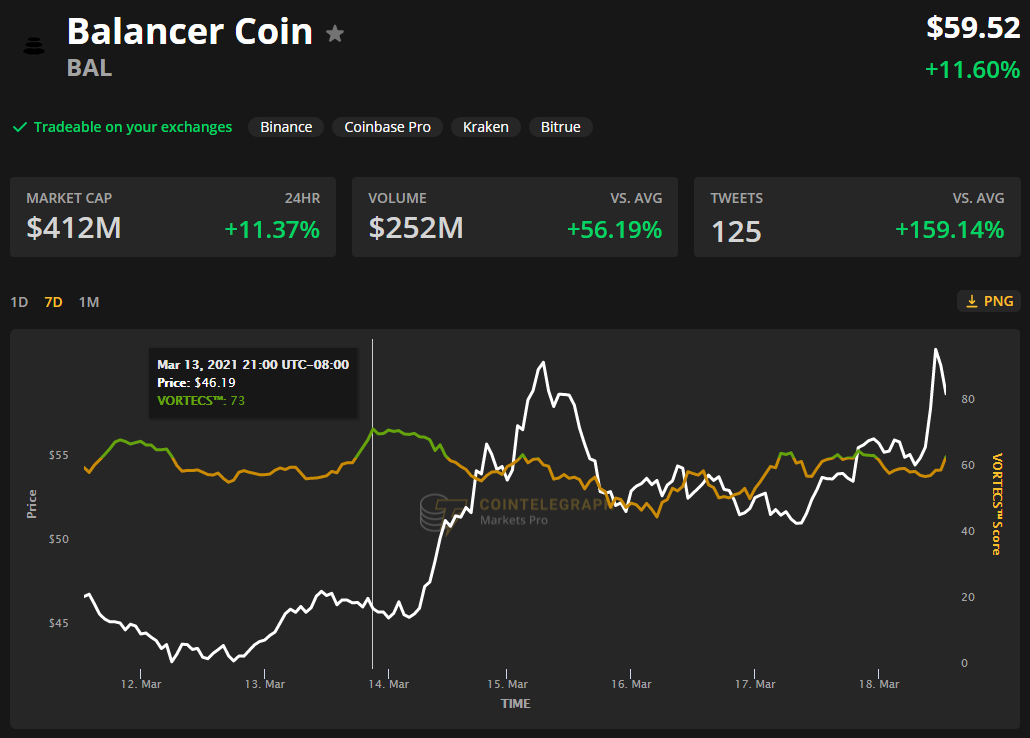 As seen in the chart above, the VORTECS™ score rose to a high of 69 on March 11 as the price of BAL was decreasing, and another high at 73 on March 13 saw the price began to break out to a new all-time high.

Following the launch of the Aave AMM on March 16, the VORTECS™ score for BAL climbed into the green and registered a high of 66 on March 17, two hours before the price began to spike by 63%.

Balancer’s rally to a new all-time high is clearly supported by the strong use case of its new offerings, and the project looks well-positioned to deal with the next wave of DeFi excitement as institutional and retail investors increase their exposure to the cryptocurrency market.