Cardano (ADA) made a run at its all-time price high on March 18, following renewed retail interest in the asset. It ultimately hit a price of $1.47 on Thursday, based on TradingView data from the Kraken exchange — just short of its $1.48 all-time price high, set on Feb. 27.

Cardano’s 1-hour chart shows the asset has made higher lows since its correction, riding an upward trendline. Price currently looks to have flipped the 50-period moving average, or MA, to support, at least as of the time of publication; its price currently sits near $1.32. On its recent downward move, ADA did not fall far enough to hit its 200-period MA. 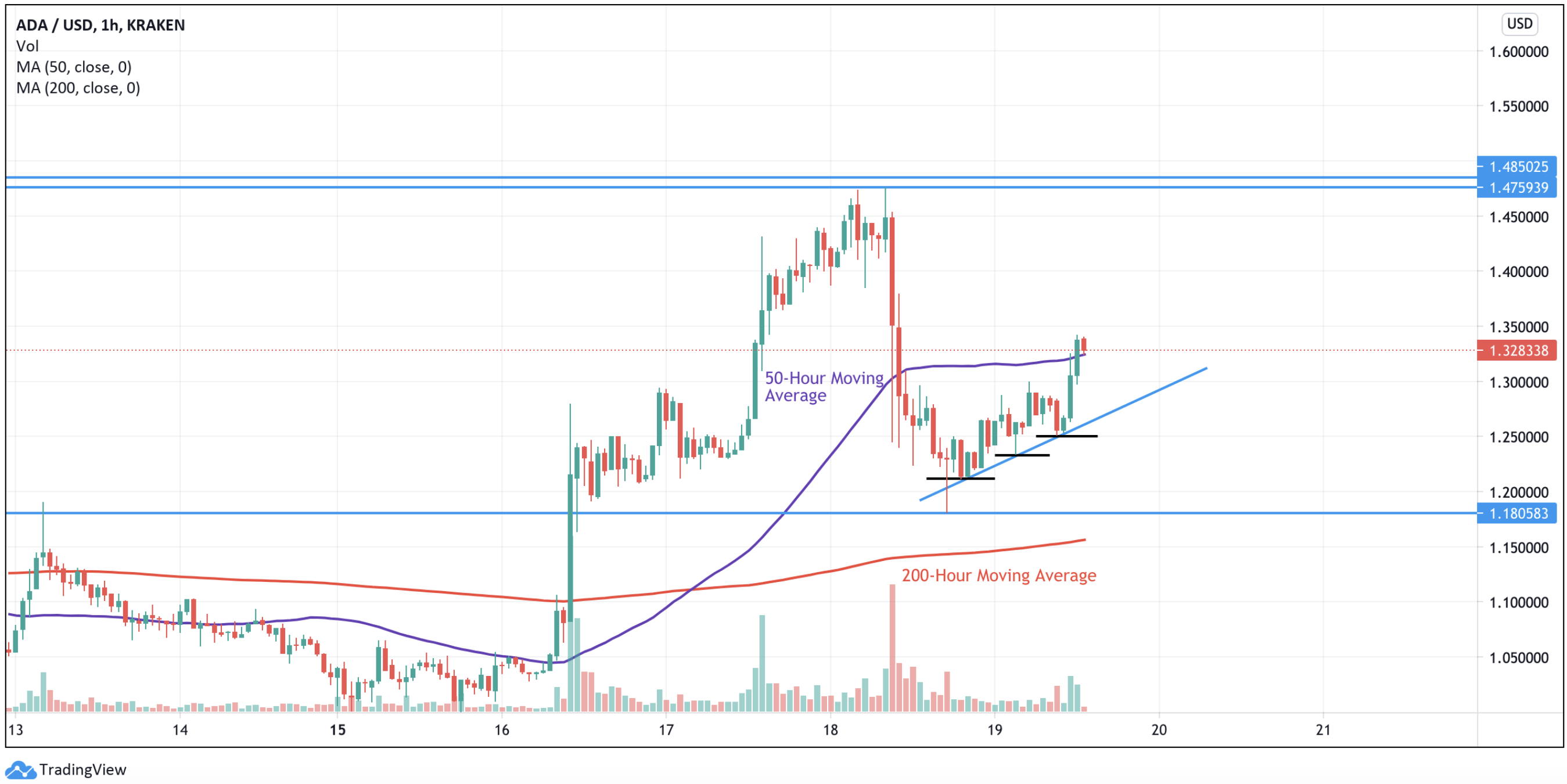 On ADA’s hourly chart, after two attempts at its record high on Thursday, the asset fell nearly 20% in price, hitting $1.18. ADA’s drop came around the same time as a similar, albeit notably smaller, correction occurred in Bitcoin’s price.

ADA’s increase appears to have followed a March 16 announcement from U.S. exchange Coinbase, stating that that it would be adding ADA to its Coinbase Pro platform.  “Trading will begin on or after 9AM Pacific Time (PT) Thursday March 18, if liquidity conditions are met,” the blog post said. ADA appears to be trading on the exchange as of time of publication.

A blog post today revealed that Coinbase has also added the asset to its Coinbase.com application and platform as well.

ADA is one of the largest crypto assets in terms of market cap.