Decentralized technology can help protect democracy around the globe 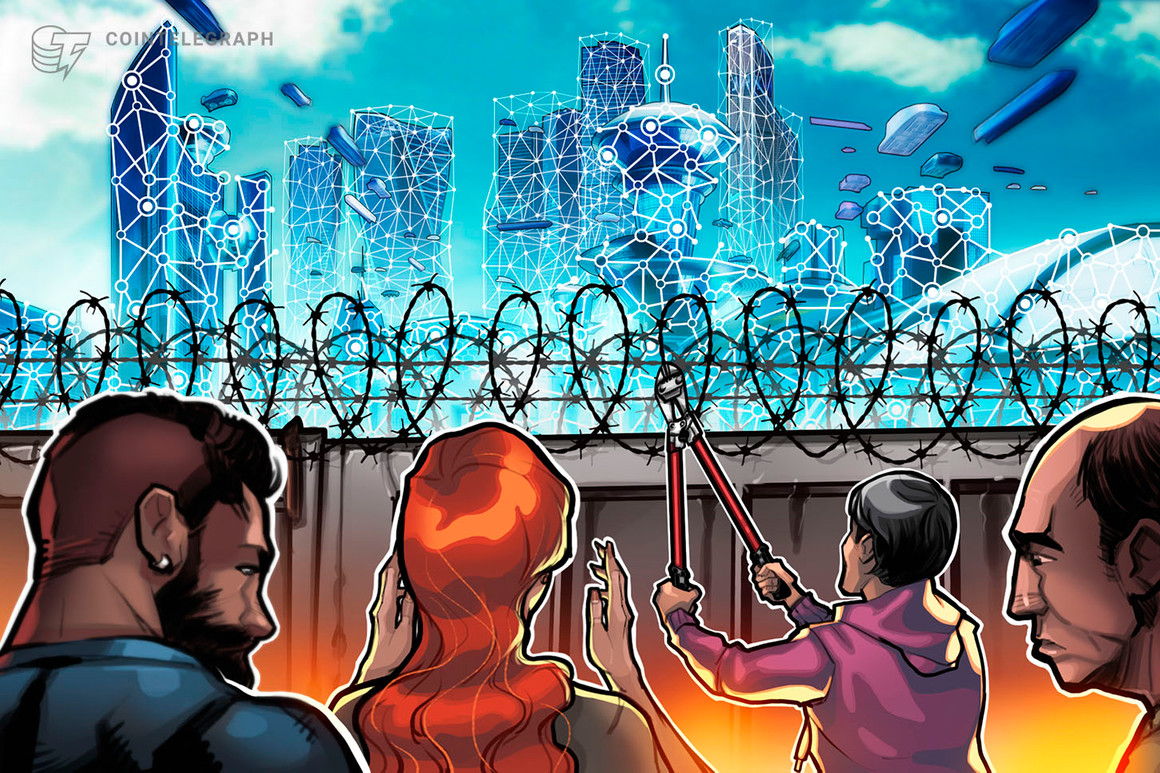 Recent political developments in the United States demonstrate the critical challenges that centralized technology platforms pose to democracy — in stark contrast to the powerful role social media played in pro-democracy movements in the Middle East and Hong Kong. U.S. election misinformation and disinformation, as well as white nationalism, spread throughout online groups, and prominent political and social leaders found means to amplify falsehoods through technology platforms.

Within both the public eye and darker corners of the internet, organizers, including members of the Proud Boys, planned the storming of the U.S. Capitol to stop what they believed to be a rigged election. The U.S. events, however, are not isolated. They fit into a broader pattern of centralized social media platforms being used to promote violence, disinformation and insurrection as evidenced in places such as Myanmar and the Philippines.

A byproduct of these events, among others, has been heightened fear that more private decentralized and peer-to-peer, or P2P, technology will offer a new and more powerful tool for domestic terrorists. While these concerns are not unfounded, privacy-focused decentralized and P2P applications can, in fact, protect democratic governance and help us move away from centralized platforms. The key reason is that unlike centralized platforms, they are not in the business of creating echo chambers — targeting users with specific content that suits their interests and potentially amplifying harmful content in order to increase user engagement. This gives us a better way to manage social technology’s impact on public safety, similar to how we’ve previously governed more traditional forms of interaction such as speech, telephone calls and mail.

On one hand, the biggest digital media tech companies espouse free speech, but on the other hand, their business model is predicated upon collecting data, creating behavioral profiles and targeting specific content to specific audiences. In the best light, this technical underpinning serves to surface content and services that an individual user would want to see or consume. But more importantly, and of concern to democracy, centralized platforms deliberately seek to get users hooked on the platform through algorithms designed to mass-direct content targeted toward specific audiences. This model allowed Russian intelligence operations to undermine the 2016 U.S. elections through centralized social media platforms, and Islamic terrorist organizations to radicalize and indoctrinate people through YouTube.

After facing public backlash following the Capitol insurrection, the biggest U.S. social media companies stepped in to permanently or indefinitely ban former President Donald Trump’s and others’ accounts. Some have hailed this as a much-needed, minimal show of accountability, especially given how lenient tech companies have been in regard to white supremacy.

I agree that our biggest tech companies did what was needed to protect democracy, albeit in a much-delayed, inconsistent manner. The same calls for regulating social media content, however, are also stoking fears of private and decentralized tech as a new dangerous bogeyman, despite the fact that their business models and technical underpinnings are substantially different.

The case for privacy-focused decentralized and peer-to-peer technology

The key concern of private decentralized and P2P technology is that influential and controversial people who are being regulated on centralized technology platforms will have access to well-designed alternatives with little to no oversight. And this fear is not entirely unwarranted. Telegram, for example, has been found to be a haven for illegal activity and a source of misinformation and hate speech, leading to riots and lynchings in countries such as India. Privacy-focused technology always faces the trade-off between protecting user privacy and ensuring broader public safety and security. The key question, however, is whether democracy and public safety are actually at greater risk if those harmful influencers turn to more novel and private applications.

Privacy-focused decentralized technology solutions offer a better alternative to centralized platforms because their incentives are different. First, designers of privacy-focused applications will find it more difficult to curate content, given the fact that they are collecting little to no data. Second, a P2P design makes it more difficult for users to widely circulate content. This is not to say that decentralized systems entirely prevent users from quickly sending information to many people (e.g., LimeWire), but rather that the outreach is more limited and focused. Furthermore, outreach can be reduced through technical changes, such as limiting group sizes or the ability to forward content.

Dipayan Ghosh, co-director of the Digital Platforms & Democracy Project at the Shorenstein Center on Media, Politics and Public Policy, wrote that regulatory change is sorely needed to “institute the right incentives for companies to act in the public interest without forcing the government to get directly involved in the decision-making process over which kinds of content should be deemed socially unacceptable and as such taken down by the companies.”

While privacy-focused decentralized technology has been historically framed as the means to avoid oversight by Big Brother, it can also fit a broader movement to bolster new regulations, such as changes to Section 230 of the Communications Decency Act. Specifically, private decentralized and P2P technology gives us the ability to turn away from technology platforms designed to surveil, categorize, curate and amplify. The surge in Signal downloads in response to WhatsApp policy changes, for example, demonstrates the growing demand for more private alternatives. Regulation is needed to limit the roles of centralized tech platforms, but it cannot work alone. We need technology to bolster this effort in order and help us realize new technical designs that do not endanger democracy.

American democracy was not undermined and lynchings in India did not happen simply because people communicated misinformation and disinformation through internet technology. This type of information has been circulating well before the creation of the internet, stemming from historical cultural divisions, racism and government failures — see documentation of racial terror in America between the Reconstruction and World War II as an example.

When it comes to the role of technology, we must define the real danger to democracy: centralized technology platforms that enable people to communicate harmful and violent content to a wide audience, and that are based on a business model that directs billions of dollars to magnify content through targeted curation.

Private decentralized or P2P technology poses undeniable dangers, just as the telephone, letters and word-of-mouth. But the beneficial differences between this technology and centralized platforms can be best summarized by the following example: It is illegal for someone to yell “fire” in a theater if there isn’t one, but it is not illegal for that person to falsely tell their neighbor that there is a fire. Private decentralized and P2P applications will be used for illegal activity. But stopping this illegal activity cannot involve infringing on privacy or stopping communication. Instead, we will need to address the underlying causes of these activities.

The Proud Boys storming the U.S. Capitol stems from a history of white supremacy and racial injustice. Violence against Rohingya minorities in Myanmar dates back to the 1950s and a legacy of colonialism. Looking at more privacy-focused technology as the new danger misses the point. Instead of creating a tech bogeyman, we need to address the root causes of misinformation, disinformation and hate speech. And in the meantime, we must regulate our existing platforms and promote alternatives that do not in and of themselves undermine democratic norms.

Nikhil Raghuveera is a nonresident fellow at the Atlantic Council’s GeoTech Center and a project manager at the Equal Justice Initiative. His research focuses on the intersection of technology, social inequality and systems of oppression. Nikhil graduated with an MBA/MPA from the Wharton School and the Harvard Kennedy School. In graduate school, he focused his studies on racial justice, social movements and technology policy.