As more artists and musicians turn their attention to NFTs, so, likely, do money launderers 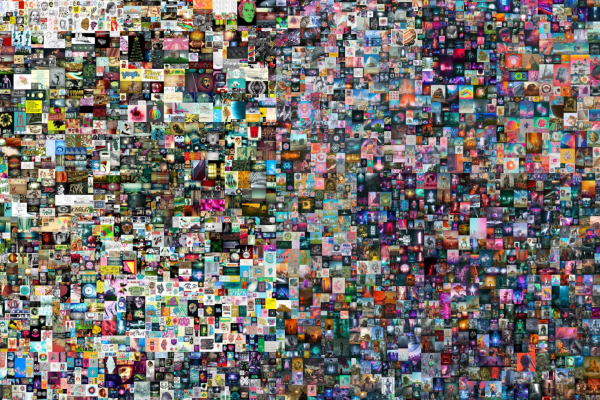 Outlets that follow the crypto industry have been observing a trend, which is that according to Google search data, the rise in interest in non-fungible tokens, or NFTs, now almost matches the level of interest in 2017 in initial coin offerings, or ICOs.

Of course, ICOs largely disappeared from the scene after the SEC started poking around and determining, in some cases, that they were being used to launder money. Now experts in blockchain transactions see the potential for abuse again with NFTs, despite the traceable nature of the tokens — and perhaps even because of it.

As most readers may know at this point (because they’re increasingly hard to avoid), an NFT is a kind of digital collectible that can come in almost any form, a PDF, a tweet — even a digitized New York Times column.

Each of these items — and there can be many copies of the same item — is stamped with a long string of alphanumerics that makes it immutable. As early crypto investor David Pakman of Venrock explains it, that code is also recorded on the blockchain, so that there’s a permanent record of who own what. Someone else can screenshot that PDF or tweet or Times column, but they won’t be able to do anything with that screenshot, whereas the NFT owner can, theoretically at least, sell that collectible at some point to a higher bidder.

The biggest NFT sale to date, about 15 days ago, was the sale of digital artist Mike Winkelmann’s “Everydays: The First 5000 Days,” which sold for a stunning $69 million — the third-highest auction price achieved for a living artist, after Jeff Koons and David Hockney. Winkelmann, who uses the name Beeple, broke his own record with the sale, having sold another crypto art piece for $6.6 million in February. (Earlier this week, he sold yet another for $6 million.) There is such a frenzy that Beeple has told numerous outlets that he believes there’s a crypto art “bubble” and that many NFTs will “absolutely go to zero.”

There is so much money involved that experts believe that NFTs have become a rife opportunity for bad actors, even if action hasn’t been brought against one yet.

One of the most practical dangers centers on trade-based money laundering, or the process of disguising illegal proceeds by moving them through trade transactions in an effort to legitimize them. It’s already a huge issue in the art world, and NFTs are comparable to art, with even more erratic pricing right now.

Jesse Spiro, the chief of government affairs at the blockchain analysis firm Chainalysis explains it this way: “One of the ways to identify trade-based money laundering with [traditional] art is that [an appraiser] comes up with a fair market value for something, and you’re able to measure that fair market value against the pricing that’s involved [and flag] over invoicing or under invoicing, which is either selling that asset for less than it’s worth, or for more than it’s worth.”

The good news is that in some instances where hundreds or even thousands of NFTs are being sold — even at very different prices, as has been happening with NBA highlight clips — there’s an average value that can be measured, Spiro notes, and that makes unusual activity easier to spot.

In cases where it’s impossible to establish a sales history, however, its ultimate price “could be whatever the buyer is willing to pay for something, so you can’t really make that determination” that something nefarious is afoot. According to Spiro, “All that’s needed is two parties that are involved to effectively execute that [transaction] successfully.”

There are many other flavors of crime when it comes to digital assets and, potentially, with regard to NFTs. Asaf Meir, the cofounder and CEO of the crypto market surveillance company Solidus Labs, points as examples to wash trades, where an individual or outfit simultaneously sells and buys the same financial instruments; as well as cross trades, which involve a trade between two accounts within the same organization, all to create a false record around the price of an asset that doesn’t reflect the true market price.

Both are illegal under money laundering laws and also very hard to spot, especially for legacy systems. The “tricky thing about the crypto markets is they are retail-oriented first, so there could be multiple different accounts with multiple addresses doing multiple things in collusion — sometimes mixed or not mixed with institutional accounts for different beneficial owners,” says Meir, who met his cofounders at Goldman Sachs, where they worked on the electronic trading desk for equities and quickly observed that surveillance for digital assets was very much an unsolved issue.

It’s worth noting that not everyone thinks it likely that NFTs are being used to transfer money illegally. Says Pakman, an investor in the NFT marketplace Dapper Labs, “Crytpo purists are upset this happened, but national governments can go to marketplaces and exchanges and they can say, ‘In order for you to do business, you need to follow [know-your-customer] and [anti-money-laundering] laws that force [these entities] to get a verified identify of everyone of their customers. Then any suspicious transactions over a certain amount, they have to file paperwork.”

The two tools make it easier for authorities to subpoena the marketplaces and exchanges when a suspicious transaction is flagged and force the outfits to verify their user’s identity.

Still, one question is how effective such a process is if enough time elapses between the suspicious transaction and it being flagged. Pakman answers that “everything is retroactively researchable. If you get away with it today, there’s nothing to stop the FBI from tracking it a year later.”

Another question is why money launderers would bother with NFTs when there are easier ways to transfer large sums of money in the crypto world. Max Galka, cofounder and CEO of the blockchain analytics platform Elementus, says that “one piece that kind of makes me think NFTs might not be the best vehicle for money laundering is just that secondary markets are not as liquid,” meaning it isn’t so easy for bad actors to create distance between themselves and a transaction.

Galka — a former securities trader with both Deutsche Bank and Credit Suisse —  also wonders whether a criminal wouldn’t instead simply go to a decentralized exchange and buy up liquid tokens that are truly fungible (meaning no unique information can be written into the token) so that the location of those funds is harder to trace than with a nonfungible token.

“I certainly see the potential for money laundering here, but given that there are lots of assets out there on the blockchain that people can use for that, [NFTs] may not be best-suited” compared with their other options, says Galka.

Theoretically, Spiro of Chainalysis agrees on all fronts, but he suggests that the minting and sale of NFTs have ballooned so fast that a lot of processes that should be in place are not.

“Most NFTs operate on the Ethereum blockchain, so it’s technically true that these are traceable,” he says. It’s also true that “the entities running these NFTs should have compliance and work with blockchain forensics and analytics to ensure that someone is able to follow the flow of funds.”

Indeed, he says, in an “ideal world, you’d be able to follow transactions, and then at the choke points where individuals were trying to convert whatever token they’re using into maybe fiat currency, they’d have to provide their [personal identifiable information]” and law enforcement or regulators could then see if the transaction was connected to illicit activity.

We’re not there yet, though, as became apparent during a heist earlier this month on the Nifty Gateway, a site for buying and selling NFTs and whose customers might have permanently lost their holdings had the thieves who stole their collectibles been more sophisticated.

“Right now,” says Spiro, “compliance in relation to these NFTs is a gray area.”

In the meantime, he adds, “When it comes to money laundering, easier isn’t always best. The bad actors are looking for the ways that are most likely for them not to be caught laundering money, and while that’s not to say that it is NFTs, if they find an avenue that they can exploit, they will. They are always probing the fence and looking for the holes.”