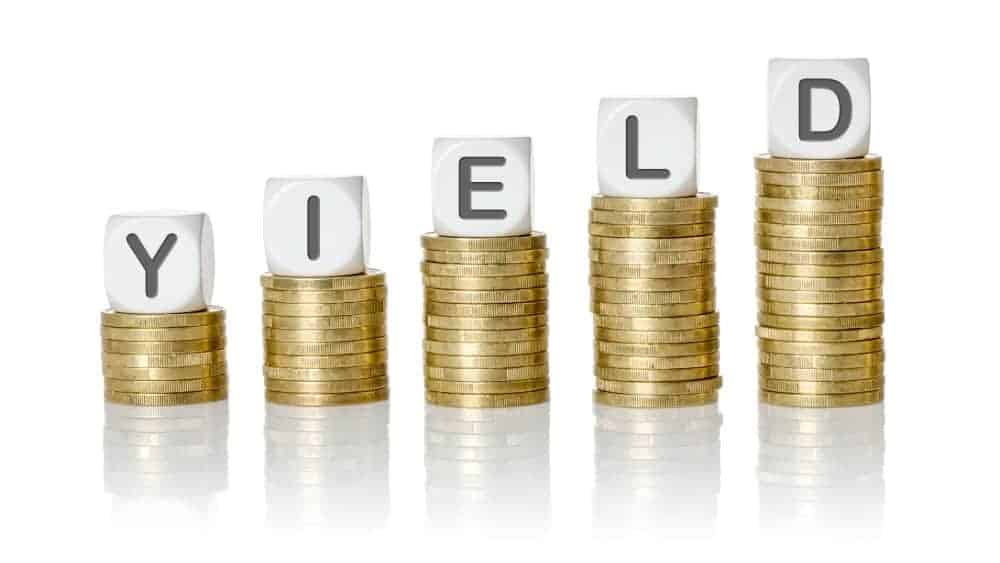 Given the low-interest-rate environment, investing in high-yielding dividend stocks would be an excellent means to earn a stable income. Along with dividend payouts, investors could also benefit from capital gains. Meanwhile, here are four Canadian stocks that pay dividends at a higher yield.

Keyera (TSX:KEY), which services oil and gas producers in western Canada, is up over 15.5% this year. The expectation of redemption in oil demand amid the ongoing vaccination drive and the economic expansion appears to have driven the company’s stock price higher. Meanwhile, the company has also planned to invest $400-$450 million this year, which could boost its financials in the coming years.

Further, its long-term contracts protect its earnings and cash flows from downside risks. Meanwhile, these stable cash flows have allowed the company to raise its dividends at a CAGR of 7% since 2008. So, given its growth prospects, healthy liquidity of $1.2 billion, and sectoral tailwinds, Keyera’s dividends are safe. It currently pays monthly dividends of $0.16 per share, representing an attractive forward yield of 7.4%.

When many energy companies slashed their dividends amid the pandemic, TC Energy (TSX:TRP)(NYSE:TRP) has continued its dividend rising streak to the 21st consecutive year. In February, the company had hiked its quarterly dividends by 7.4% to $0.87 per share, representing a forward yield of 6%.

Meanwhile, the recovery in oil demand amid improved economic activities could increase TC Energy’s asset utilization rate, thus driving its financials. Further, its management has planned to invest approximately $20.2 billion over the next four years, boosting its rate base and earnings. Supported by these investments and steady cash flows from its regulated assets, the company’s management has planned to raise its dividends at a 5-7% rate over the next couple of years. So, I believe TC Energy could be an excellent buy for income-seeking investors.

My third pick would be BCE (TSX:BCE)(NYSE:BCE), which has increased its dividends at a rate of over 5% in the last 13 straight years. Thanks to its highly defensive business models, the company generates stable earnings and cash flows, which has allowed the company to raise its dividends. Meanwhile, the company is looking to double its 5G coverage this year and add 900,000 new fibre and wireless home internet connections.

Further, BCE has planned to invest at least $1 billion over the next two years to expand its broadband fibre and wireless networks. The company’s financial position also looks healthy, with its liquidity standing at $3.8 billion as of December 31. So, given its recession-proof business models, healthy liquidity position, and expanding customer base, I believe BCE’s dividends are safe. Its forward dividend yield currently stands at a healthy 6.2%.

NorthWest Healthcare Properties REIT (TSX:NWH.UN), which acquires and manages healthcare properties, is my final pick. Given its highly diversified and defensive asset portfolio, the company enjoys high occupancy and collection rates. Further, 73% of its rent is inflation-indexed, while more than 80% of its tenants receive government funding, which is encouraging. Its tenants sign long-term agreements, which lowers vacancies and provide visibility to its future earnings and cash flows.

Further, NorthWest Healthcare is looking to expand its footprint in Canada, Europe, and Australia. The company had recently raised $220 million through new equity offerings, which could support its expansion plans. Given its steady cash flows and expansion plans, the company’s dividends are safe. Currently, the company pays monthly dividends of $0.067, representing a forward yield of 6.2%. Given its steady cash flows, healthy dividend yield, and high-growth prospects, NorthWest Healthcare could be an excellent addition to your portfolio.

The Motley Fool recommends KEYERA CORP and NORTHWEST HEALTHCARE PPTYS REIT UNITS. Fool contributor Rajiv Nanjapla has no position in any of the stocks mentioned.