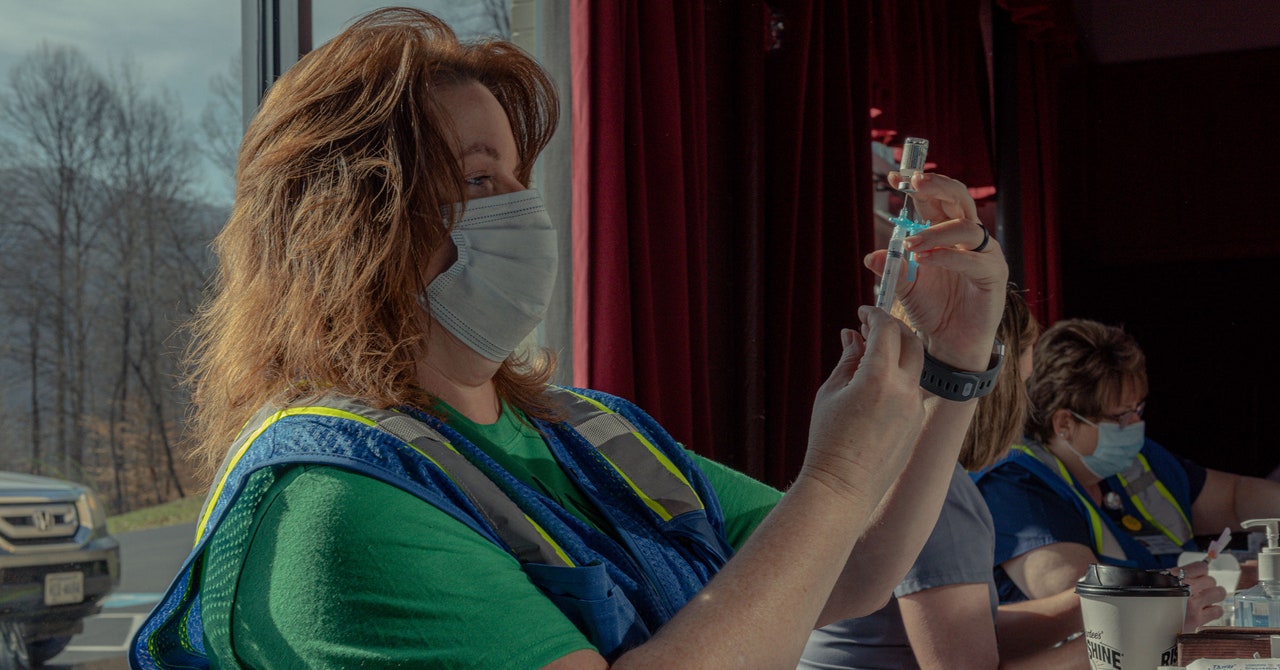 If you have half the population vaccinated, can we still have an incredibly destructive spike?

Of course. We’re all customers for the virus. There’s no wall that will keep the virus out. Think about the pandemic in year three or four. There will still be billions of people unvaccinated. Billions of people will harbor billions of viruses. Each one will be replicating. A certain percentage will mutate. A certain percent will become variants of those variants—some will be of high concern, and a percentage will be fucking nightmarish.

Is it an inevitability that a variant is going to come along that isn’t touched by the vaccine and is more deadly that what we’ve seen?

It’s not an inevitability, but it’s a non-zero probability.

Is it a double-digit probability?

I don’t know. How fast are we going to vaccinate the rest of the world? You tell me that.

Do have a contingency for when that happens?

Well, my dear friend, that’s why I’m doing this. We need a plan B.

We’re still losing over a thousand people a day—but we’re opening restaurants now. Wouldn’t it make a huge difference to hold off for six weeks or two months?

Of course, it’s insane. The cadence of spring break, Easter, Memorial Day, and Fourth of July can bring another spike that’s bigger than what we’ve seen before. That’s the reason that the Biden administration is working so hard and so quickly to get people vaccinated. If fewer people remain susceptible, the less likely a big spike is.

Well, I’m listening to you, Larry, and I’m thinking I might never see a Broadway show again. And if I go to a baseball game in five years, I’ll be wearing a mask.

That’s an overreaction. I’m saying that, because it’s a probability that we will never reach herd immunity, there will be places in the world and in the animal population that could produce variants that could continually reinfect us. Let’s plan for it and put aside enough vaccine, and enough money, so that we can find outbreaks quickly, respond to them just in time with the right vaccine, and keep outbreaks contained. I’m very optimistic about that. In the Cares Act, there’s money to pay people to be vaccinated, to be isolated, to give them food and to give them shelter. I think you’ll be able to go to a Broadway show. And I think baseball will happen again, not so much because people are vaccinated, although that’s critically important. Point-of-care diagnostics is also part of that. A year from now there will be $5, five-minute, at-home spit tests that are 100 percent accurate, and you can do one in the morning before you brush your teeth.

We’ve been hearing about those tests for a year now. Where are they?

We will have it within a year. You want a positive prediction? That’s my prediction.

That’s part of your plan B, what you call a comprehensive rapid-detection and outbreak-containment system.

We’re going to be testing, tracing, and isolating. I look at these digital notification systems, and I’m optimistic.

Those are the systems by Apple and Google that passively detect if you’ve been exposed?

I was not a fan of them in the beginning, I thought they were elitist, but now I understand their value. The biggest problem in contact tracing is finding the asymptomatic cases. These systems will find the asymptomatic cases. Also, they’re not invading privacy. Most of the data is anonymized. We don’t know someone’s name, but we can send them an appointment to get a test. Maybe you’re one or two degrees away from somebody who’s just tested positive. It will allow us to find cases that we haven’t found. If the system comes into effect, you might get a notice that you have been exposed to a new variant. It will tell you which vaccines clobber the variant and give you an appointment to get vaccinated. It’s so important that you vaccinate the person who is next to get the disease.