The U.S. dollar is starting to weaken once again as sellers are pushing the U.S. Dollar Index (DXY) downward, which could strengthen the momentum of Bitcoin (BTC) in the near term.

According to Holger Zschaepitz, a market analyst at Welt, the U.S. dollar’s share of global reserves is rapidly declining as countries like Russia are pursuing a de-dollarization strategy and opting for gold.

When the pandemic was declared in the first quarter of 2020, the demand for the dollar increased as investors fled to cash because it is the global reserve currency.

However, due to various factors including the presidential election and the negative outlook on COVID throughout last year, the dollar struggled to outperform other currencies like the Japanese yen and the Swiss franc.

“OOPS! Dollar in decline. While Dollar’s share of global reserves initially increased at start of pandemic, it has since decreased & now stands at just 59%—1.5pp decline QoQ & lowest since 1995. Part of decline due to depreciation, but also due to active USD selling.”

If the decline of the U.S. dollar continues, there is a strong probability that Bitcoin will continue to rally in April.

Historically, April has been a strong month for Bitcoin throughout the past ten years, recording positive gains for five consecutive years since 2016.

April is a good month for #Bitcoin
pic.twitter.com/3csQMSdcaA

Additionally, Danny Scott, the CEO of the Bitcoin exchange CoinCorner, said that the law of averages puts Bitcoin at $83,000 in April. He wrote:

Miners appear to be accumulating Bitcoin

Atop the favorable macro factors for Bitcoin, Lex Moskoviski, the CIO at Moskoviski Capital, pinpointed that miners recently began ramping up their BTC holdings.

On a single day, miners added 4,380 Bitcoin, which the quantitative trader and investor described as a growing trend. He said: 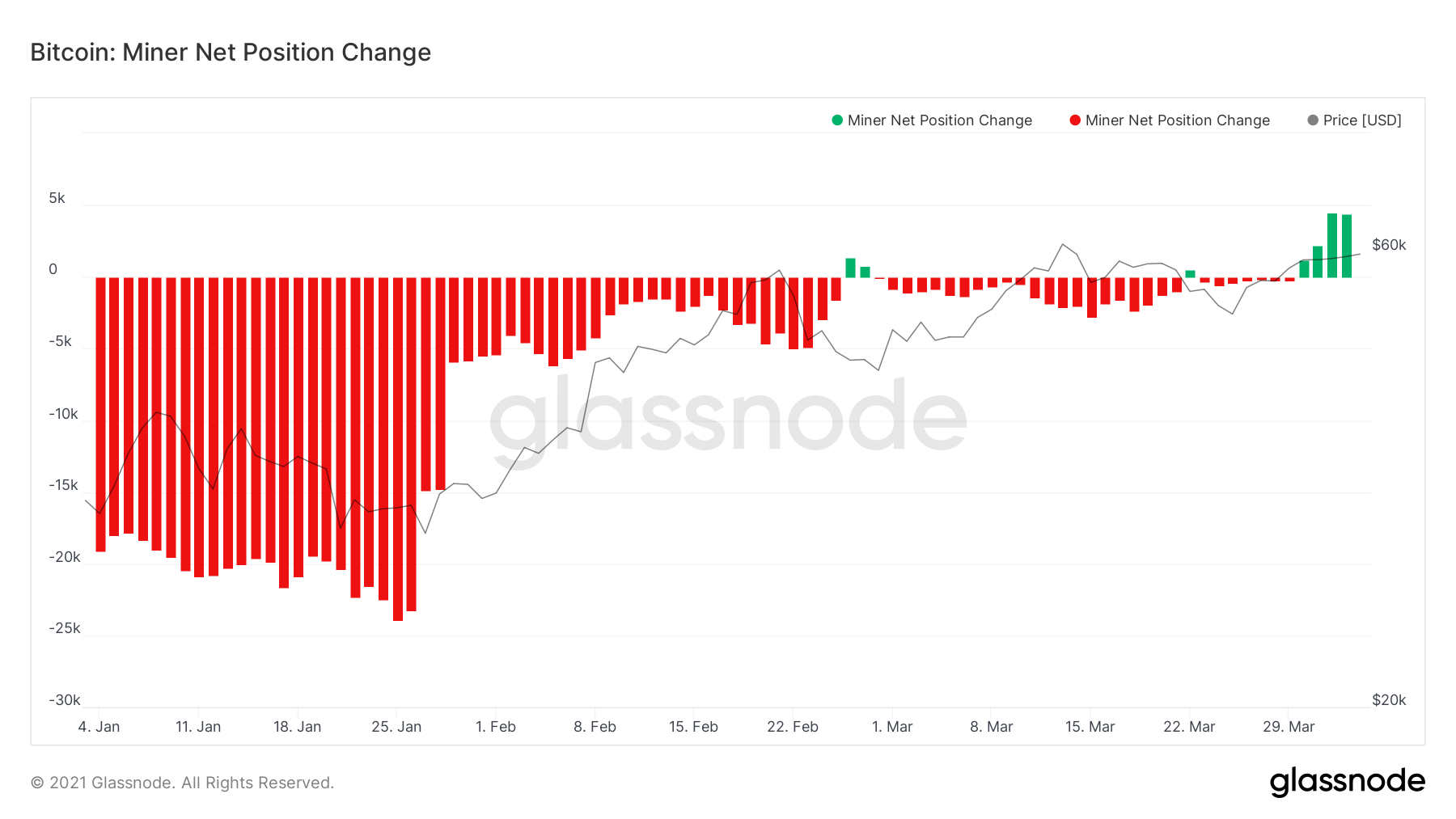 When miners sell their holdings, Bitcoin typically sees a pullback as it can cause heavily leveraged orders in the futures market to see cascading liquidations.

If miners are hoarding Bitcoin and stacking BTC with the expectations that the cryptocurrency will appreciate, it reduces the probability of a severe sell-off in the foreseeable future.

In the near term, whether Bitcoin remains above the $58,000 support area remains key. If it continues to consolidate above it, the chances of it seeing a strong breakout above the $60,000 resistance level greatly increases.