Bitcoin (BTC) barely recovered its losses on April 9 as fresh doubts emerged about the bull run continuing this month. 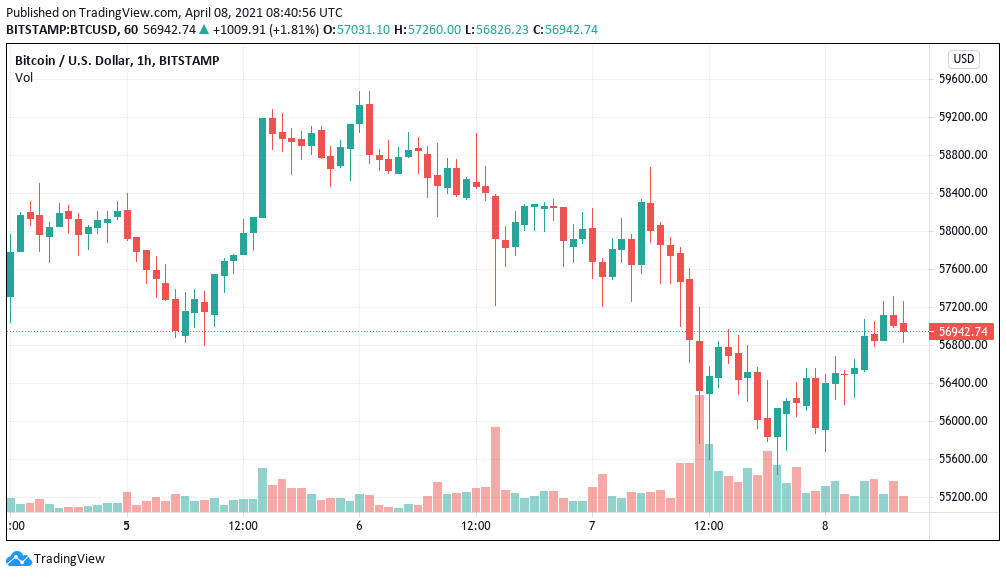 After sliding 5% on Wednesday, BTC/USD saw only a modest rebound to circle $57,000 at the time of writing, Cointelegraph Markets Pro and TradingView showed.

Filbfilb, co-founder of trading suite Decentrader, described this week’s current floor of $56,760 as “not a convincing bottom.”

As reported on Wednesday, funding rates among trading platforms call for a shakeout of leveraged long positions from those overly bullish on a continuation. For Filbfilb, those rates remain “way too high,” he told subscribers of his Telegram trading channel.

“More fuel for why I think April-May puts a lid on $BTC until later in the year,” he commented on a comparative chart.

“Simple as it is, this 20 week MA with a 2 standard deviation band above. At some point, these meet. Either it comes to us or we come to it. Hard to imagine this takes plus much higher up.”

Despite institutional interest continuing in recent weeks, fuelled by major new adoption announcements from banks, signs of a slowdown were also beginning to show on the day.

The Purpose Bitcoin ETF saw a slight reduction in its BTC holdings after consistent growth, with its assets under management dipping in tandem from highs of $976 million to $944 million.

But not everyone was wholly gloomy. For trader trader Crypto Ed, the ultimate market trajectory was clear.

“Not in a rush to get in a position,” he told Twitter followers on Thursday.

“54k first or up from here, both mean we’re starting a strong 3rd leg and plenty of upside waiting for us. BTC will break 60k and finally go much higher.” 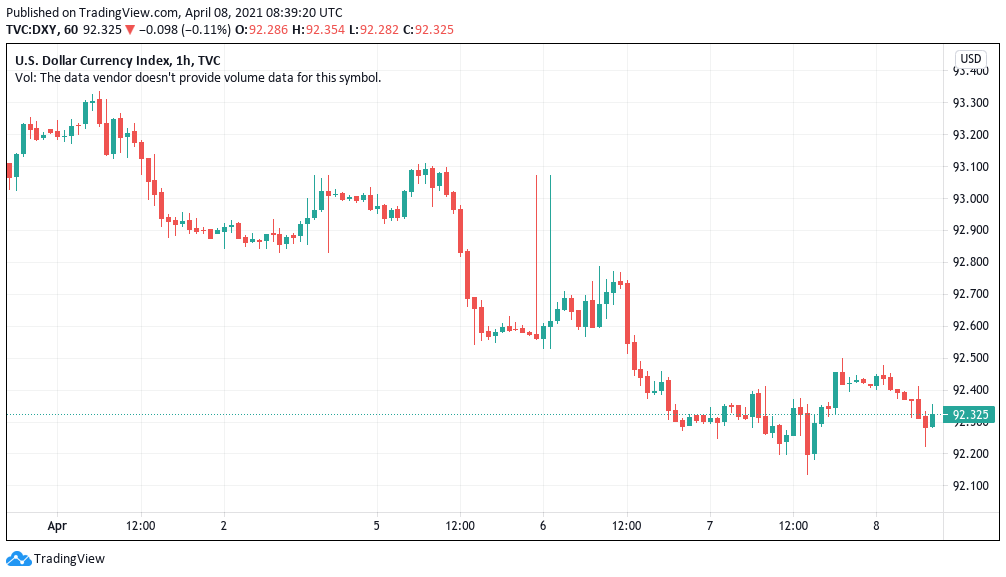 Beyond crypto, a buoyant outlook for United States stock markets coupled with a weakening dollar could further serve Bitcoin’s purpose in the short term.