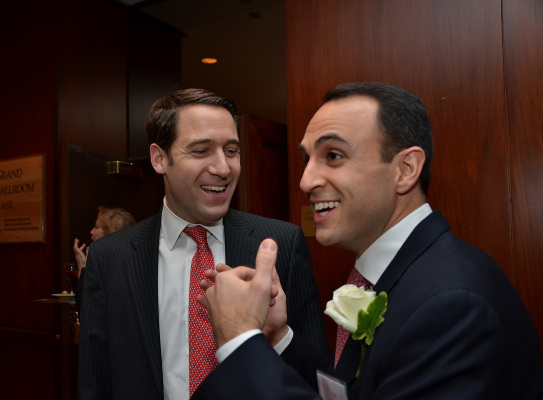 Recent roars from an investment firm, credited to put Indian startups on the global map in the past decade and a half, are turning local young firms into unicorns at a pace never seen before in the world’s second largest internet market.

Tiger Global has written — or is in late stages of writing — more than 25 checks, spanning from a few million dollars to over $100 million, this year alone. About 10 of its investments have been unveiled so far with the rest still in the pipeline for the coming weeks and months.

The New York-headquartered firm, which recently closed a $6.7 billion fund, last week led investments in social network ShareChat, business messaging platform Gupshup, and investment app Groww, and participated in fintech app CRED’s round, helping all of these startups attain the much sought after unicorn status.

(A report in India speculated that Tiger Global plans to invest $3 billion of its new fund in Indian startups. TechCrunch understands the $3 billion figure is way off the mark.)

Tiger Global also invested in Infra.Market and Innovaccer, two other Indian startups that turned unicorn earlier this year. (India has delivered 10 unicorns this year already, up from seven last year and six in 2019.)

No other investment firm has written checks of this magnitude to Indian firms this year, and the frenzy has reached a point where dozens of startup founders are scrambling to get an intro with Tiger Global partners.

“Whatever I need to get funded by Tiger”

Tiger Global’s confidence in young Indian firms isn’t newly found. Its investment in Flipkart in 2009 and Ola in 2012 showed the opportunities and level of risk-appetite the U.S. firm was prepared to operate with in India, at a time when both the firms were struggling to raise money from some Indian investors.

A handful of startup founders, on the condition of anonymity, recalled their investments from Tiger Global, which they all said concluded within two to three weeks after the first call from the investment firm.

But the firm slowed down its investment pace when Fixel departed in 2019, and for nearly a year focused largely on backing SaaS startups.

Things have changed in recent quarters and Tiger Global has become more aggressive than ever before, said a venture capitalist, who has invested alongside Tiger Global in a few startups, on the condition of anonymity to be able to speak candidly.

The firm is now also exploring investment opportunities in months-old startups. Reshamandi, for instance, is still in its ideation phase.

The investor quoted above pointed to Infra.Market as another example of Tiger Global’s new strategy. It wrote its first check to Infra.Market in 2019, when the B2B startup was just two years old.

“Tiger then wanted to see if the startup can grow and convince other investors to back them. So in December, Infra.Market raised money at about $250 million valuation. Two months later, Tiger Global closed the new round at $1 billion valuation,” the investor said.

While great for startups, it creates a challenge for some investors, another investor said.

When Tiger Global values a startup at a level that much of the industry can’t match, and tends to not lead the subsequent round, there are very few firms that can invest in the following financing round, the investor said.

On private forums and in recent weeks, Clubhouse, a number of investors have cautioned that the recent optimism shared by some investors could prove challenging to materialize. “Tiger Global has traditionally got very optimistic in India every two to three years. The problem is that when it’s not optimistic, we are supposed to pick the tab,” one investor said.

“Under Scott Shleifer [MD at Tiger Global and pictured above], things may be different,” the investor added. Looking at Tiger Global’s recent activities elsewhere in the world, things sure look consistent — and India is positioned to be a key global playground for the firm — and several others — in the next few years.

India, the world’s third largest startup hub, is poised to produce 100 unicorns in the coming years, analysts at Credit Suisse wrote in a report for clients last month. “India’s corporate landscape is undergoing a radical change due to a remarkable confluence of changes in the funding, regulatory and business environment in the country over the past two decades. An unprecedented pace of new-company formation and innovation in a variety of sectors has meant a surge in the number of highly-valued, as-yet unlisted companies,” they wrote.

“The growth in highly valued companies has been enabled by a range of factors: (1) the natural shortage of risk capital in an economy with low per capita wealth has been addressed by a surge in (mostly foreign) private equity: these flows have exceeded public market transactions in each year of the last decade; (2) increase in teledensity and smartphone and internet penetration. Till 2005 less than 15% of Indians had a phone, versus 85% now; 700 mn-plus people have internet access now due to cheap data and falling smartphone prices (40% penetration now).”

“(3) deep-rooted physical infrastructure changes: nearly all habitations are now connected by all-weather roads compared to only half in 2000, and all households are electrified now vs. just 54% in 2001; (4) financial innovation is accelerating, courtesy the world-leading “India stack”, which has innovative applications like UPI built on a base of universal bank account access, mobiles, and the biometric-ID (Aadhaar), helped by greater data availability; and (5) development of ecosystems in several sectors that now provides a competitive advantage versus global peers; for example in technology (4.5 mn IT professionals) and pharma/biotech (several Indian firms can now afford US$200-300 mn of annual R&D).”