Research from on-chain analytics provider Glassnode has revealed that the top three stablecoins represent more than 90% of the sector’s entire market cap.

Glassnode’s April 13 “Week On-chain” report found that the top three stablecoins — Tether (USDT), USD Coin (USDC), and Binance USD (BUSD) — have seen significant growth over the past six months to represent a combined capitalization of more than $60 billion, equal to 92.75% of the stablecoin market.

By contrast, six months ago the combined stablecoin capitalization for those three was less than one-third of its current levels at $19.2 billion. This time last year, stablecoins were worth just $7 billion combined.

The analysis compared the growth of stablecoins with Bitcoin’s market cap, identifying a clear correlation between the two. The report also found that USDT’s supply has continued to increase during recent weeks despite BTC trending sideways, whereas growth for USDC and BUSD has slowed. 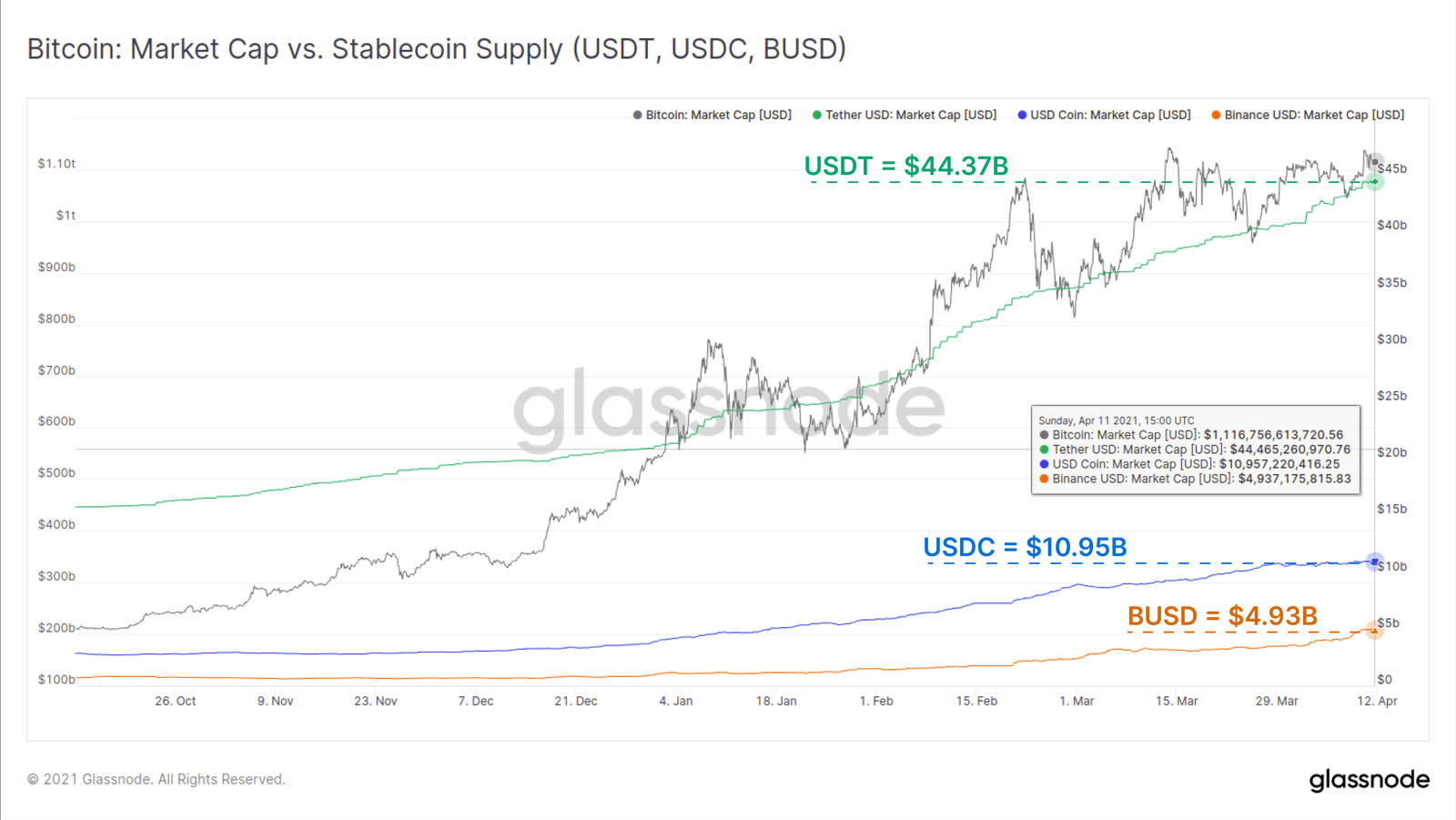 The report notes historic lows for its Stablecoin Supply Ratio (SSR) metric, which measures Bitcoin’s market cap relative to the total stablecoin supply to estimate the global “buying power” of the stablecoin sector.

When BTC prices are low, the supply of stablecoins can buy a larger portion of it to push prices up. Conversely, as prices increase the available stablecoins can purchase less which reduces the influence on prices. Glassnode concluded:

“The growth of stablecoin supplies throughout 2020-21 has held the SSR metric near historical lows suggesting a relatively high buying power of digitally native dollars. The demand for digital dollars appears to be keeping pace with demand for Bitcoin and cryptocurrencies as a whole.”

Tether’s market cap has over doubled since the beginning of 2021 to currently sit at a record $45.6 billion, according to the Tether transparency report. Circle’s website reported an all-time high of $11.5 billion USDC on April 9, while Goingecko estimated BUSD’s supply to be $5.1 billion on April 13.