Will Future Electric Vehicles Be Powered by Deep-Sea Metals? 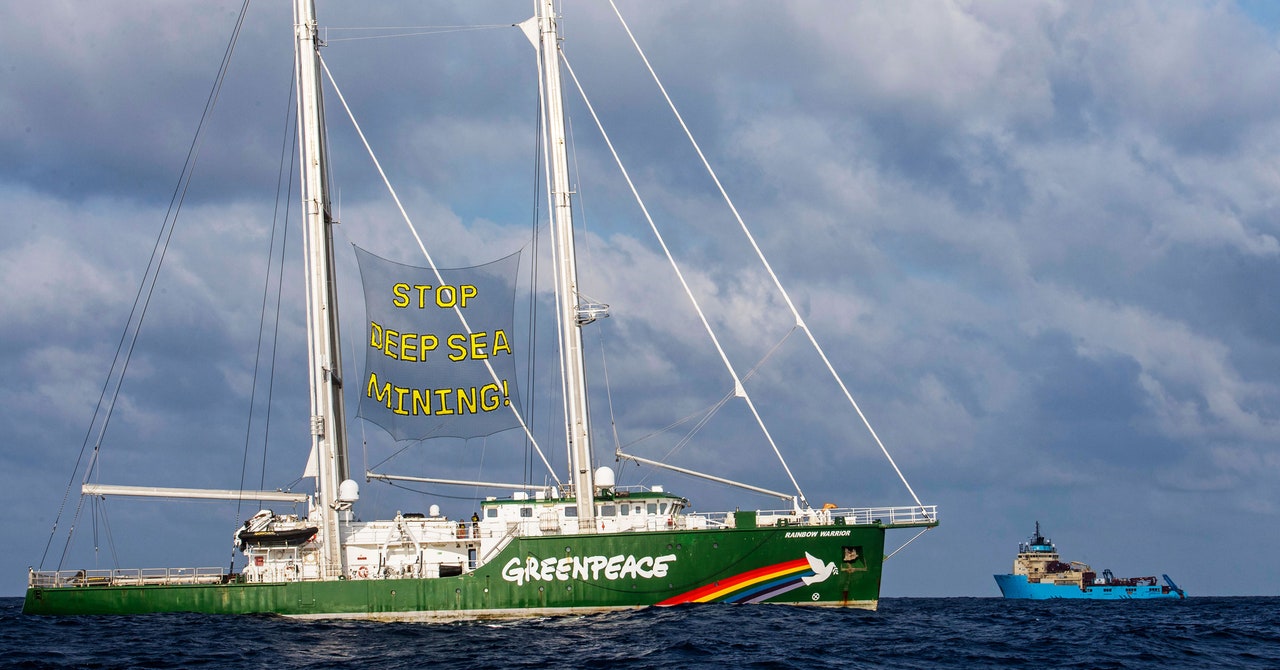 Both expeditions will collect baseline environmental data on the kinds of marine organisms that live on the seafloor, the composition and chemistry of bottom sediments, and the flow of underwater currents at different depths. Knowing these control measurements will be important in determining whether such mining can be done without destroying the underwater habitat.

“Our goal is to find out how much sediment the harvester will take off along with the nodules,” says Matthias Haeckel, a marine biochemist at the GEOMAR Helmholtz Centre for Ocean Research in Kiel, Germany, who is coordinating the environmental review of GSR’s activities for a project called MiningImpact. “That has never been done before.”

Plumes of sediment can harm bottom-dwelling creatures like sponges and corals that form the base of the food chain in the deep-sea ecosystem. If the grit remains suspended in the water, it can also affect fish and other marine life. Haeckel and his team have about 50 different types of sensors to measure the sediment in both the water and on the seafloor surface. This will provide the first quantitative scientific evidence on the environmental consequences of nodule extraction under real-world mining scenarios, according to Haeckel.

“We know that the sediment plume doesn’t rise very high, just 5 or 10 meters,” he says. “Now it’s basically to understand how far the particles settle. We want to measure how thick of a layer it is and how it thins out over distance, so we can determine its impact.”

DeepGreen and GSR have received exploration licenses from the International Seabed Authority, a UN-affiliated agency that controls access to the area’s mineral riches. Neither will be permitted to start actual mining until the authority adopts new environmental rules and issues extraction licenses. The agency has granted 30 exploration contracts involving 22 different countries and affiliated mining companies for deep-sea minerals.

Gerard Barron, the founder and CEO of DeepGreen, says he’s committed to operating in an environmentally responsible manner. Barron says ocean minerals are a better option than sourcing from China or from mines in politically troubled regions. “Everyone realizes that moving to electric vehicles is very metal-intensive, and the question is, where the hell are they going to come from?” says Barron. “We represent an opportunity for America to get some independence.”

Barron says it takes 64 metric tons of rock to produce enough of the four minerals—a total of about 341 pounds—needed to make an EV battery and its wiring from a mine on land. But it takes only 6 tons of the polymetallic seafloor nodules to make the same amount, because the metals are more concentrated.

The nodules formed over millions of years as naturally occuring minerals precipitated from both seawater and sediments and formed around cores that could have been microscopic bits of debris, rock, bone or even pieces of other nodules. They are more common in areas where there are low levels of dissolved oxygen, and under certain geological conditions, such as in the equatorial Pacific, which contains an estimated 21 billion tons of them.

According to a company spokesperson, DeepGreen currently has about $570 million available to fund mining. The firm is considering sites in Texas, Quebec, and Norway for a processing plant to turn the nodules into usable materials for batteries, sites that are close to renewable energy sources as well as markets for the minerals. Barron says the processing of the seafloor nodules would be pretty simple. They are first dried in a rotary kiln, which is a type of electric furnace. “It’s the first step to separate the manganese from the nickel, cobalt, and copper,” he says. “They form a mat-like material for the battery grade material, whether it’s powders or metallic sulfates.”