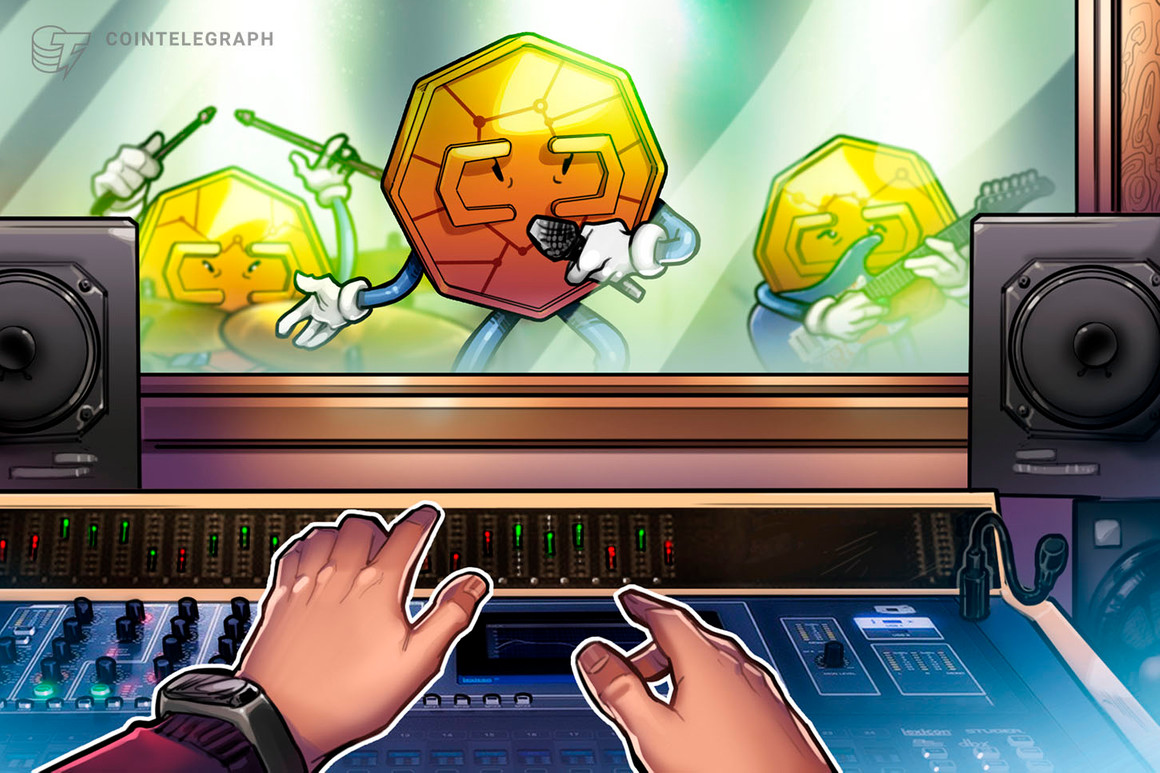 The Rolling Stones lead singer Mick Jagger is jumping into the nonfungible token craze to help independent music venues that have been adversely affected by the pandemic.

In an announcement from the music legend on Thursday, Jagger said he had started a 24-hour auction on Nifty Gateway featuring a nonfungible token, or NFT, based on a new song with Foo Fighters frontman Dave Grohl. The digital piece designed by artist Oliver Latta, also known as Extraweg, features a loop of a figure running through two human heads, with Grohl and Jagger’s “Eazy Sleazy” song playing in the background.

“The 30-second audio visual piece evokes a surreal essence of breaking through the barriers of the human mind and pushing forward on the brink of social collapse to provide a much needed moment of artistic relief as the world slowly transitions out of lockdown,” said the announcement.

There’s a 24hr charity auction on @niftygateway at 6pm BST today for a piece of Eazy Sleazy digital art, created by 3D artist @extraweg – proceeds from this will be going to a few charities picked by myself and Dave Grohl @foofighters – find out more at https://t.co/fmNxlrVjcD pic.twitter.com/CoZEukn5cb

According to the NFT’s description on Nifty, the proceeds from the auction will help raise money for independent music venues in the United States and the United Kingdom through local charity groups Music Venue Trust and the National Independent Venue Association. A portion of the proceeds will also go to environmental causes. At the time of publication, the highest bid is for $8,988, with 12 people having made an offer for the NFT.

Many musical artists have become involved in NFTs in the past year. Last month, Crypto.com announced it would be launching an NFT platform featuring work from Snoop Dogg, Boy George, Lionel Richie and others. Major institutions have also been using NFTs to raise money for charity — New York Times columnist Kevin Roose auctioned off one of his articles for more than $550,000, which was donated to the publication’s The Neediest Cases Fund.