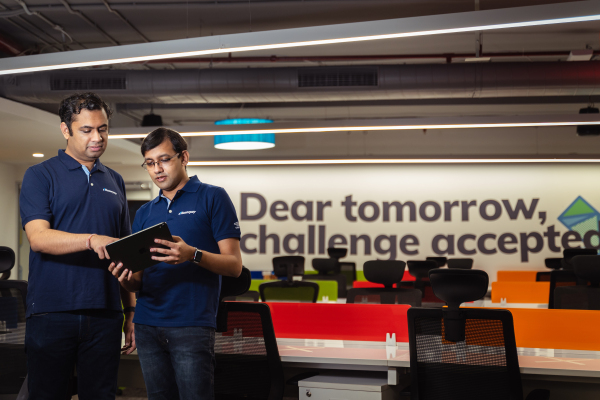 Six-year-old Bangalore-based fintech Razorpay topped a $1 billion valuation late last year, becoming the first Y Combinator-backed Indian startup to reach the much sought after unicorn status. In less than six months since, the Indian startup has tripled its valuation and is preparing to launch in the Southeast Asian markets.

Razorpay said on Monday it has raised $160 million in its Series E financing round that valued the startup at $3 billion, up from “a little over” $1 billion valuation in the $100 million Series D in October last year.

Razorpay accepts, processes and disburses money online for small businesses and enterprises — essentially everything Stripe does in the U.S. and several other developed markets. But the Indian startup’s offering goes much further than that: In recent years, Razorpay has launched a neobanking platform to issue corporate credit cards (more at the bottom of the article), and it also offers businesses working capital.

With the global giant Stripe still nowhere in the Indian picture, Razorpay has grown to become the market leader. And now, the startup plans to replicate its success from the home country in Southeast Asian markets, Harshil Mathur, co-founder and chief executive of Razorpay, told TechCrunch in an interview.

“We are one of the largest payments providers in the Indian ecosystem. We want to take the learnings we have in India to the Southeast Asian market. Before the end of the financial year, we want to launch in one or two Southeast Asian markets,” said Mathur, adding that the new round gives it the valuation to more confidently explore some M&A opportunities to accelerate growth.

Mathur and Shashank Kumar — pictured above — met at IIT Roorkee college. The duo realized early on that small businesses faced immense difficulties in accepting money digitally and the existing payments processing firms weren’t designed to tackle the needs of small businesses and startups.

Solving this issue became Razorypay’s goal, and in the early days about 11 individuals shared a single apartment as the co-founders scrambled to convince bankers to work with them. The conversations were slow and remained in a deadlock for so long that the co-founders felt helpless explaining the same challenge to investors numerous times, they recalled in an interview two years ago.

The stories one hears about Razorpay today have changed dramatically. In a Clubhouse room, known for sharp criticism of products, dozens of developers and startup founders recently recalled their early interactions with Razorpay, and how the startup’s officials helped their businesses start with — or move to — the Razorpay’s system within hours after reaching it out.

Deepak Abbot, co-founder of Indiagold, recently recalled an incident where his startup had missed an alert, and that coupled with a snafu at the bank, resulted in the startup running out of funds to pay customers.

I expected Harshil to pause and think but he said let us add 10 lakhs just to be on a safer side. And while we were chatting @shashankmehta05 sent me a whatsapp that money has been added to our account 4/5

Offering an update, Mathur said Razorpay X now serves about 15,000 businesses, up from fewer than 5,000 in October last year. Razorpay Capital is now annually bandying out about $80 million to clients, up from less than $40 million a year ago. The duration of the loan Razorpay provides ranges from three to six months, and the ticket size is typically between 0.8 million to 1 million Indian rupees ($10,730 to $13,400).

Mathur said the startup will focus on further growing this business in the next three years and then look at taking the startup public. “If it was just the payments processing business, we could go public right now. But our ambitions are beyond — to become the full ecosystem for businesses. And on those new sides (neobanking and lending), we are early,” he said.

The startup’s marquee offering has grown 40-50% month-on-month in the past six months. It now plans to process over $50 billion in total payment volume by the end of 2021. The startup also plans to hire a number of people. It currently has over 600 open positions, several in Southeast Asian markets.

Monday’s announcement comes at a time when a slice of Indian startups are raising large amounts of capital at a much frequent pace and increased valuations as investors double down on promising bets in the world’s second largest internet market.