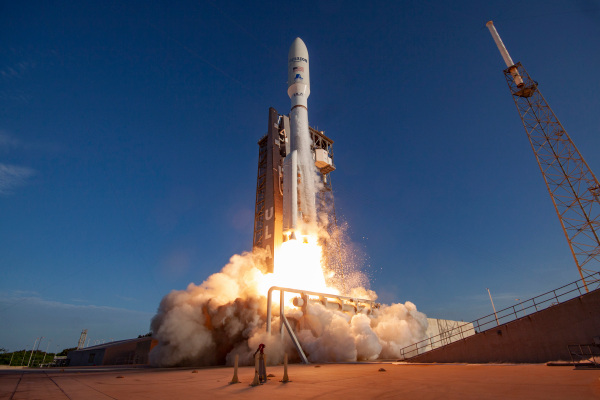 Amazon’s Project Kuiper satellite constellation is one part closer to actually making it to successfully space: The company announced they have used secured an agreement with the America Launch Alliance (ULA) towards fly its satellites when nine Atlas V rocket launches. Amazon intends to use multiple launch providers and spacecraft to ultimately get the full complement of 3,236 Kuiper satellites into low Earth orbit (LEO), but ULA is the first launch provider that Amazon has signed or announced.

ULA’s Atlas V is a proven workhorse in the space launch industry, having flown 85 prior missions with a perfect track record. The spacecraft was used to launch NASA’s Perseverance rover, for example, as well as Lockheed Martin’s OSIRIS-REx robotic asteroid exploration craft. While Amazon and ULA detailed to total number of launch vehicles that the contract covers, they didn’t share a timeline about when we can expect the launches to take place.

Late last year, I spoke to Amazon SVP of Devices & Services Dave Limp at our TC Sessions: Space events, and I asked him about timelines for launches. Limp said at the time that Amazon was about at the “middle of [its] design phase” for the Project Kuiper satellites, which indicates there’s still work to be done before they enter mass production, which would obviously precede launch.

Limp also pointed out that the clock is ticking for Amazon in terms of its FCC license to operate the constellation, so it essentially has to “have half [its] constellation up in about six years.” That will mean an aggressive launch schedule once the design phase is complete and its actually in the process of building its satellites.

Amazon has invested a lot of capital and time into Project Kuiper, with a commitment to back it with an initial $10 billion investment, and a dedicated staff on the project that now includes 500 people, as well as a dedicated office and < a href="https://techcrunch.com/2019/12/18/amazon-will-establish-a-new-headquarters-for-its-kuiper-satellite-broadband-project/"> research & development facility in Redmond near its global HQ .