Bitcoin (BTC) is seeing a tsunami of new user adoption as a backdrop to prices likely bottoming at around $52,000, say analysts.

In a series of tweets on April 20, statistician Willy Woo led calls for calm about Bitcoin’s recent price dip and subsequent lingering $9,000 below recent all-time highs.

$1 trillion cap has created new “line in the sand”

Reiterating previous assertions, Woo argued that buyer support had firmly established Bitcoin as a trillion-dollar asset and that BTC/USD would, therefore, not fall much below the equivalent spot price to maintain it — around $53,000.

“This revisit of lower price has created incredibly strong price validation for Bitcoin about $1T cap. 14% of the supply last moved above $1T cap,” he wrote.

“This is a key line in the sand imprinted into BTC’s price discovery, an area of immense support.” 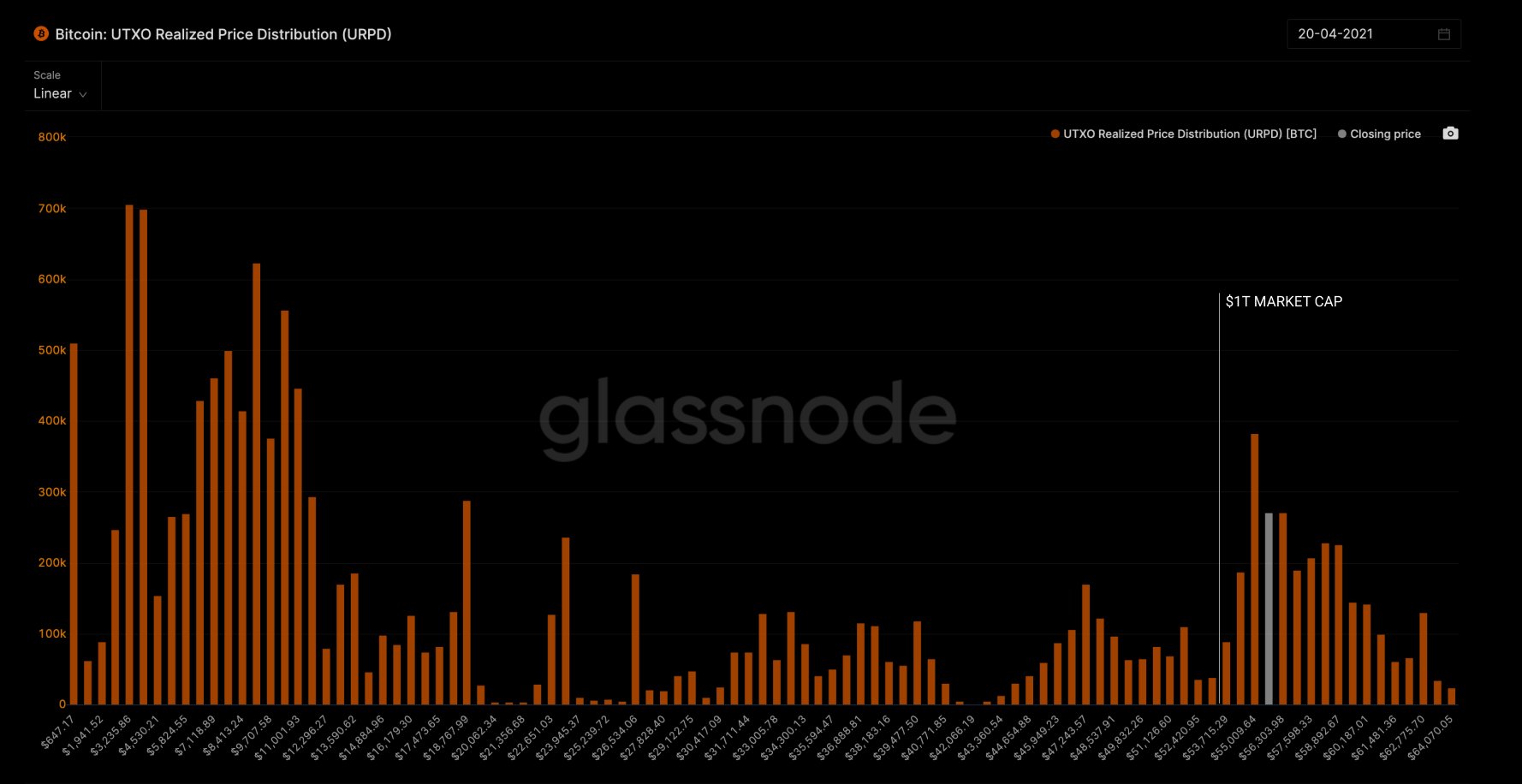 Woo also highlighted the continued transfer of coins from weak hands to strong, along with a surge in new users entering the space.

For fellow analyst William Clemente, this “hockey stick” shape of new adoption was of essential significance.

“This is the most important post of this thread by far,” he replied to Woo, who noted that technical traders had been far more bearish on Bitcoin despite the strength of on-chain indicators.

Among these was JPMorgan’s Nikolaos Panigirtzoglou, who in his latest note argued that this price dip would not see buyers step in like before.

Futures positions unwinding, he added, would not reverse and, thus, overall interest in institutional Bitcoin bets would now fade.

“Over the past few days Bitcoin futures markets experienced a steep liquidation in a similar fashion to the middle of last February, middle of last January or the end of last November,” Bloomberg quoted the note as stating.

“Momentum signals will naturally decay from here for several months, given their still elevated level.”

At the time of writing, BTC/USD was still undecided on its short-term trajectory, clinging to $55,000 as signs of life returned to certain altcoins.

One cryptocurrency no longer outperforming was Dogecoin (DOGE), which was down 18% on Wednesday after “Dogecoin Day” — an attempt to boost the price to $4.20 — fell flat on its face.