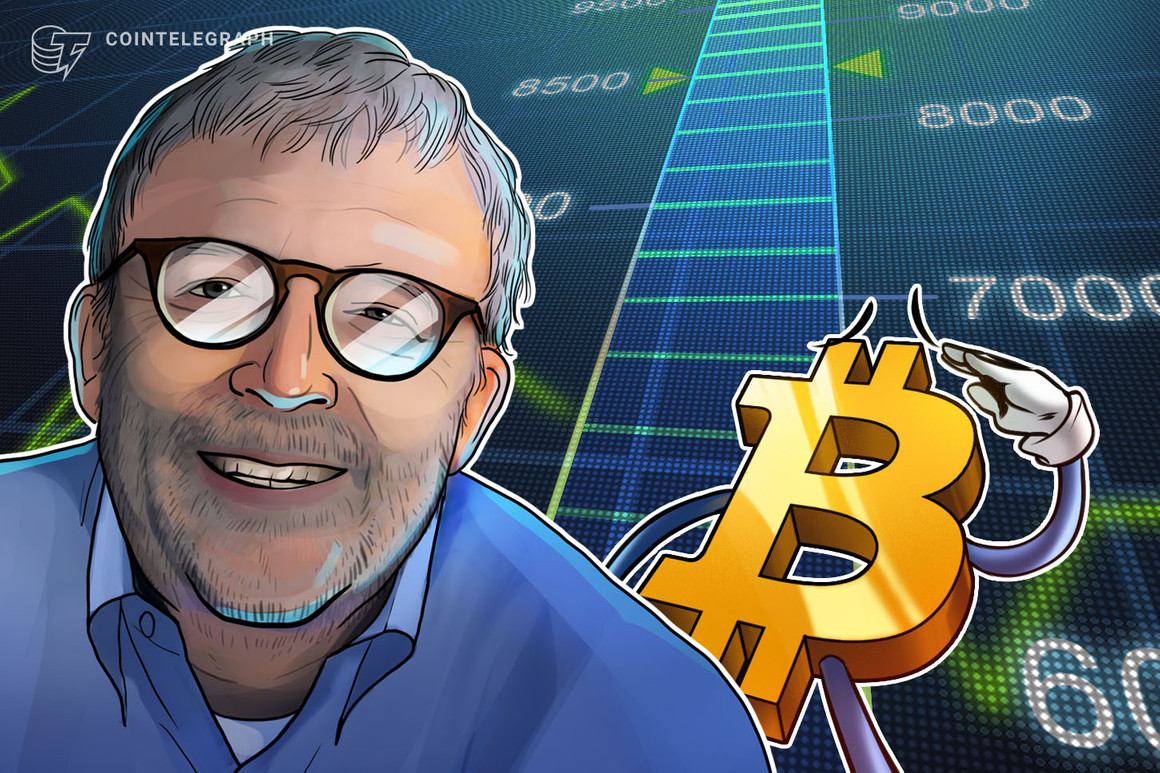 Veteran trader and chart guru Peter Brandt has made a cheeky correlation between the current Bitcoin market correction and the prevalence of ‘laser eyes’ on Twitter.

In a tweet on April 18, the technical analyst tied the correction to irrational exuberance in markets as exemplified by the meme:

“The chances of a correction in cryptos is directly related to the prevalence of laser eyes on Twitter. Want the correction to end? Get rid of your laser eyes.”

The laser eyes meme that initially swept across crypto social media in February 2021 saw crypto influencers, industry leaders, and regular users change their Twitter profile pictures to include laser eyes. The fad was to signify support for Bitcoin’s price surging until it hit $100K.

Coincidentally, it also roughly coincided with a local top for Bitcoin prices which reached $57,800 on Feb. 21 before correcting 25% to bottom out at $43,500 a week later.

However Brandt’s actually not all that concerned about the pullback when compared against the price record. Brandt’s draw down figures put the current correction closer to 20% which he claims is “very mild historically”. In an April 20 tweet he said there is a strong history of Bitcoin bull trends to test the 18 week moving average which was at $46,615 at the time. This would entail a much larger correction of around 28%.

Draw-down in Bitcoin of 20.0% to date is very mild historically.
There is a strong history of $BTC bull trends to test the 18 week MA (currently at 46,615).
I personally doubt such a retest will occur, but Bitcoin has a history of pulling surprises. pic.twitter.com/lyfXlgpAHK

The average correction magnitude from the past 14 retracements is around 35% according to Brandt’s data. A fall to this level would send BTC prices tumbling back to $42,000.

Other analysts have also pointed to the historical record as a reason not to worry. ‘Rekt Capital’ tweeted that the February dip was three times deeper than this week’s dip:

The February dip was three times deeper than this one

People called for a new Bear Market in February too#Crypto

Brandt explained his ‘laser eyes’ theory in interview with crypto researcher Laura Shin on April 13, stating that over-enthusiasm in any market is always a warning sign:

“The more people put the laser eyes, you know at least the market’s going to get choppy for a while and stop going straight up… When people start pounding their chest in public, ‘I own Bitcoin. I own Bitcoin. Look at me. I have laser eyes.’ That’s always going to be a sign that the market is at least going to take a rest.”