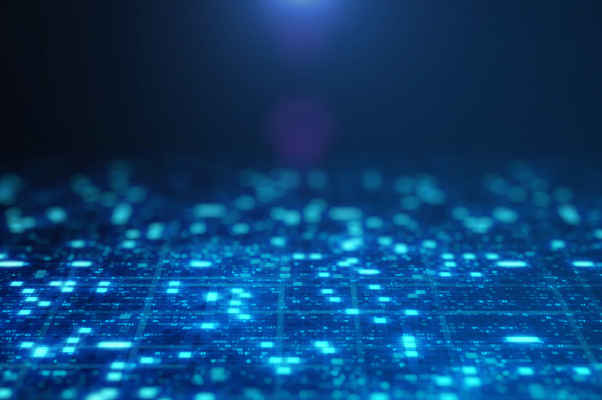 As businesses continue to look for better ways to work more efficiently, a pioneer in the space of low-code tools to help automate how apps work together is announcing a round of funding on the back of impressive early traction.

Berlin-based n8n — which provides a framework for both technical and non-technical people to synchronize and integrate data and workflows — has raised a $12 million in a Series A round of funding.

The startup plans to use the money to continue expanding its team, which now numbers 60 people, and to expand its platform and the services it provides to users.

Currently, n8n can help link up and integrate data and functions between more than 200 established applications, as well as any custom apps or services that you might be using in your specific organization. And since launching in October 2019, the startup has picked up an impressive 16,000 users — including both developers and “citizen developers” (those whose jobs might be described as non-technical but they are not afraid to be more hands-on in trying to build in ways to work better).

Now it wants to make the service easier for more of the latter group to get stuck in with using it.

“We are still seen as a technical product and less of one for citizen developers,” founder and CEO Jan Oberhauser said in an interview. “Our plan is to make n8n simpler to use, so that it’s much easier to adopt. We want to give everyone technical superpowers, whether it’s the marketing team or the IT department.” That means for example building not just chatbots but more intelligent ones, or creating new ways of visualizing data in Slack or something else altogether. And n8n’s platform can also be used to build automation within products for example to monitor performance and flag when something might need maintenance.

The round is being led by Felicis Ventures, with Sequoia Capital, firstminute Capital and Harpoon Ventures also participating. Sequoia and firstminute co-led n8n’s seed round about a year ago, which also included participation from Eventbrite’s Kevin Hartz, Supercell’s Ilkka Paananen, and unnamed early employees of Google and Zendesk, among others. The startup has now raised around $14 million and is not disclosing valuation.

There are a number of low-code and no-code startups on the market today and many of them have been seeing a surge of in interest in the last year. It’s a trend I suspect was brought about in no small part by the arrival of Covid-19.

The pandemic not only led to more people working remotely and relying on apps and other cloud-based services to get what they needed to do done, but in many cases it led organizations to refocus on how they were working, and what could be improved. In some cases, it also has meant a severe tightening of belts, and so companies are needing to do more with less human power, another factor leading to more proactive efforts to use software to get more out of… software.

That’s meant more strain on IT teams, and that too has led to more people within departments themselves getting proactive in improving their own workflows.

Other startups in the space include Bryter (which raised a $66 million Series B earlier this month) and Genesis (which raised $45 million in March), along with Zapier, Airtable, Rows, Gyana, Ushur, Creatio, EasySend and CapivateIQ, some of which are coming to the market with a variety of solutions targeting a set of generic tools, while others are building solutions for more narrow use cases.

In the case of n8n, the company might be considered a “pioneer” in the space not just because of its focus on the growing area of low-code tools, but because of how it views the world of software.

The basic approach n8n is taking is around the idea of “fair code.” This is somewhat similar to open-source, and is analogous to a freemium-style model for the concept. The code is available in a public repository and the idea is that this will never disappear (one issue many enterprises face on the bleeding edge of tech: companies and their services sometimes shut down). However, n8n itself limits how much it can be used for free, before users start to pay to use it so that n8n can monetize its work, which it does in the form of consulting and integration services. (In the case of n8n, that limit looks to be up to a limit of $30,000 in support services revenues.)

Oberhauser was an early proponent of the concept of n8n and he runs a site dedicated to spreading the word. (You can also read about the different approaches to fair code, and some of what led to the creation of the concept, here.)

While basic and limited access to the code will remain free, and even as a company like n8n aims to make it easier and easier for non-developers to build integrations, there will be areas that need attention to make those services accessible to the people within an organization. For starters, there is the issue of setting up the basic integration connectors, especially in cases where the software a company is using is proprietary or customized.

There is also another issue that is likely to become more prominent as low-code and no-code tools continue to grow in popularity, and that is security. While IT departments may not have oversight of every single integration, but neither will the security teams, which means that new data vulnerabilities might well become more commonplace, too. For all of these reasons, n8n is betting that there will still be some integration and consulting involved in implementation.

“Almost every company needs help connecting outside and internal systems, to make it easier for people to get started,” Oberhauser said.

Aydin Senkut, founder and managing partner of Felicis Ventures, who led the round, said that what attracted him to n8n was the extensibility of the platform — that it could be applied not just for app integration and workflow automation in those apps but a much wider set of use cases — and the very early traction of 16,000 users that it’s picked up with very little fanfare, a sign that the service has some stickiness and usefulness to it.

And the fact that it lets developers — “citizen” or otherwise — play with so many options is also a key part of it.

“We feel that data is the new oil, and one of the special things here is not just low or no-code per se, but how n8n is making it seamless and easy to connect tens or even hundreds of apps.” Senkut said that it reminded him a little of Felicis’ early investment in Plaid. “Essentially, the more data and APIs you have the more valuable the company can be. I think to measure the potential of a company, look at the APIs. If you can connect disparate things together, that is key.”