Valley Fever Is Spreading Through a Hotter, Drier Western US 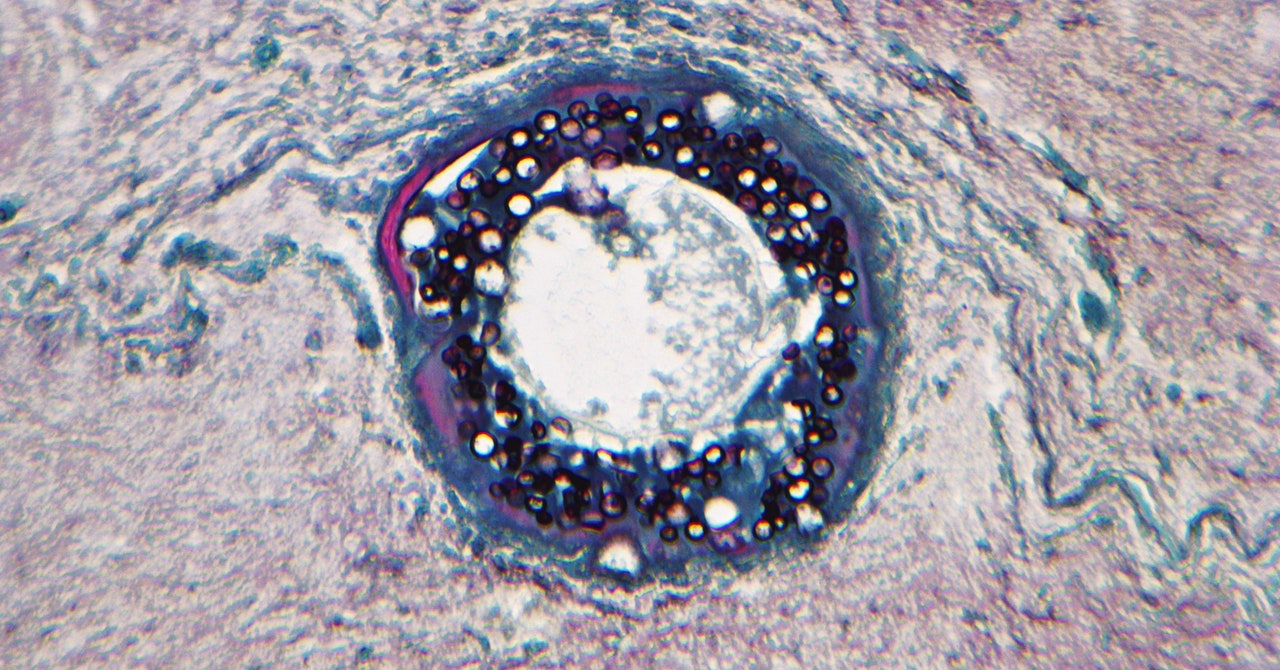 Over the following decades, researchers would discover some important truths about valley fever. They found that it is endemic to certain areas of the world, that the fungus that causes the disease lives in soil, that a majority of people infected by it are asymptomatic, and, crucially, that weather patterns and seasonal climate conditions have an effect on the prevalence of Coccidioides.

A few years ago, Morgan Gorris, an Earth systems scientist at Los Alamos National Laboratory in New Mexico, decided to investigate an important question: What makes a place hospitable to Cocci? She soon discovered that the fungus thrives in a set of specific conditions. US counties where valley fever is endemic have an average annual temperature above 50 degrees Fahrenheit and get under 600 millimeters of rain a year. “Essentially, they were hot and dry counties,” Gorris says. She stuck the geographic areas that met those parameters on a map and overlaid them with CDC estimates on where Cocci grows. Sure enough, the counties, which stretch from West Texas through the Southwest and up into California (with a small patch in Washington) matched up.

But then Gorris took her analysis a step further. She decided to look at what would happen to valley fever under a high-emissions climate change scenario. In other words, whether the disease would spread if humans continued emitting greenhouse gases business-as-usual. “Once I did that, I found that by the end of the 21st century, much of the western US could become endemic to valley fever,” she said. “Our endemic area could expand as far north as the US-Canada border.”

There’s reason to believe this Cocci expansion could be happening already, Bridget Barker, a researcher at Northern Arizona University, told Grist. Parts of Utah, Washington, and northern Arizona have all had valley fever outbreaks recently. “That’s concerning to us because, yes, it would indicate that it’s happening right now,” Barker said. “If we look at the overlap with soil temperatures, we do really see that Cocci seems to be somewhat restricted by freezing.” Barker is still working on determining what the soil temperature threshold for the Cocci fungus is. But, in general, the fact that more and more of the US could soon have conditions ripe for Cocci proliferation, she said, is worrying.

There is a massive economic burden associated with the potential expansion of valley fever into new areas. Gorris conducted a separate analysis based on future warming scenarios and found that, by the end of the century, the average total annual cost of valley fever infections could rise to $18.5 billion per year, up from $3.9 billion today.

Gorris’ research investigates how and where Cocci might move as the climate warms. But what’s behind the rise in cases where Cocci is already well established, like in Ventura, where Jesse Merrick’s family home burnt down, is still an area of investigation.

Jesse thinks the cause of his valley fever infection is obvious. “I clearly see a correlation between the fires and valley fever,” he told Grist. But scientists aren’t exactly sure what environmental factors drive Cocci transmission, and neither are public officials.

In a December 2018 bulletin, Ventura County health officer Robert Levin cast doubt on the connection between Cocci and wildfires. “As health officer for Ventura County, I don’t see a clear-cut connection between wildfires and Cocci infections,” he said, noting that only one of the 4,000 firefighters who worked on the Thomas Fire in 2017 got valley fever. Jennifer Head, a doctoral student at UC Berkeley who works for a lab studying the effects of wildfires on valley fever, hasn’t seen much evidence backing up such a connection either. “The media talks a lot about wildfires and valley fever, and the general speculation is that wildfires will increase valley fever,” she said. But the closest thing Head could find linking the two was a non-peer-reviewed abstract—a scientific summary—that wasn’t attached to a larger paper.