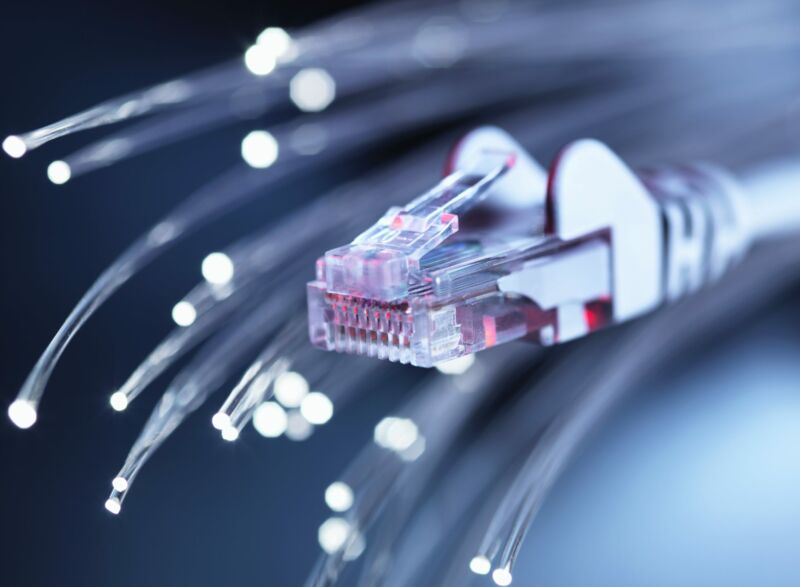 Frontier Communications emerged from Chapter 11 bankruptcy on Friday, saying that it plans to double its fiber-to-the-premises footprint by extending fiber to an additional 3 million homes and businesses.

“Frontier is deploying capital and pursuing an extensive fiber build-out plan that will accelerate the company’s transformation from a legacy provider of copper-based services to a fiber-based provider… Under the first phase of the plan, Frontier intends to invest heavily and pass more than 3 million homes and business locations, enabling a total of over 6 million homes and businesses with Gig-plus speeds,” the company said in a press release.

Expanding to 3 million additional homes will take multiple years, as Frontier said it plans to reach “approximately 495,000 additional locations in 2021.” That apparently includes 100,000 new fiber locations already built in the first three months of this year.

Frontier is analyzing whether it can “at least double the build rate next year,” Frontier’s newly hired CEO Nick Jeffery said, according to FierceTelecom. “We have 3.4 million total fiber passings today and plan to at least double this footprint over the coming years,” Jeffery also said.

Frontier said it is planning for $1.5 billion in capital expenditures in 2021, up from $1.2 billion in 2020. The company said its “incremental cash cost” for building fiber is “approximately $550 per location.”

Frontier provides Internet service in 25 states. The company had 3.05 million Internet subscribers as of March 31, 2021, a drop from the 3.18 million it had one year previously. (Those numbers exclude four states where Frontier sold its network.)

Of those 3.05 million Internet subscribers, 1.3 million are on fiber. The decline in customers is from the copper service, as Frontier says it has added fiber customers for seven consecutive quarters. Frontier reported Q1 2021 revenue of $1.68 billion, down 6.3 percent year over year. Net income was $60 million, an improvement over Frontier’s $186 million loss in Q1 2020. Frontier said it makes $56 per month on average from fiber Internet customers and $40.10 per month from copper Internet customers.

filed for bankruptcy in April 2020 after telling investors that its financial troubles and customer losses were caused by “significant under-investment in fiber deployment and limited enterprise product offerings.” Parts of Frontier’s fiber network were installed by Verizon before Verizon sold some of its operations to Frontier.

In January 2021, Frontier said it had failed to meet the end-of-2020 deployment deadline in 17 out of 28 states where it accepted broadband funding from the Federal Communications Commission, even though that funding program only required 10Mbps download speeds and 1Mbps upload speeds. Frontier had accepted $283.4 million in annual support over six years to deploy service to 659,587 homes and businesses in 28 states—the company now says it will finish the buildout by the end of 2021, early enough to avoid financial penalties because of a 12-month grace period provided in US law. Frontier is in line to get another $370.9 million over 10 years from the FCC despite its previous failure to finish a government-funded buildout on time.

Meanwhile, a report commissioned by the California state government found that Frontier and AT&T have let their copper phone networks deteriorate through neglect since 2010, resulting in poor service quality and many lengthy outages. To win the state’s approval for its post-bankruptcy plan, Frontier committed to deploy fiber to 350,000 California homes and businesses within six years.

Frontier said its Chapter 11 process “reduced its debt by approximately $11 billion and annual interest expense by approximately $1 billion.” Frontier also said it has “liquidity of over $1.3 billion at emergence, creating flexibility to reinvest in fiber network expansion.” Frontier said in a government filing that its total current liabilities, including long-term debt due within one year, are now $7.2 billion, down from $19.2 billion a year ago.