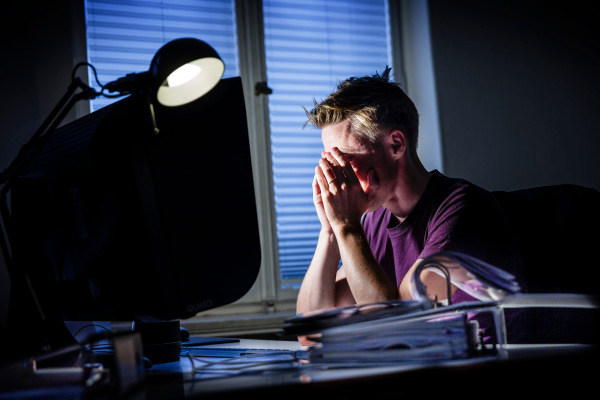 Mental health has been put into the spotlight in a big way in recent times. For many of us, our lives and lifestyles have changed massively in the last year, and alongside that, we’re collectively facing pandemic-fueled mortality on a global scale in a way that hasn’t existed for generations, a perfect storm of sorts that has inevitably had an impact on our state of mind and our moods.

Today a startup that has built a platform to help people think about and respond to this situation is announcing a big round of growth funding, specifically to help address all of this and how it plays out in one of the more stress-inducing aspects of our life — our workplaces.

Unmind — a London startup that has built a mental health platform for the workplace — has raised $47 million, a Series B that it will be using to continue investing in its research and development and also to expand its business reach. The funding is being led by EQT Ventures –- a very active investor at the moment in UK growth rounds — with participation also from Sapphire Ventures and previous backers Project A, Felix Capital, and True.

The core of Unmind’s service is built around a set of questions to help employees explore their own states of mental health, which could include depression, anxiety, insomnia, and a host of other manifestations. Complementing reactive services like EAPs or teletherapy, it then provides access to proactive, self-guided tools to measure, understand, and nurture their mental wellbeing. It also provides a service to the employers, sharing anonymized data from the app with them so that they, too, can consider how better to respond to their employees’ needs.

The app has seen some notable traction especially in the last year, a time when the conversation about mental health has become much more commonplace and critical, given the environment we’ve been living in.

Unmind says its services are available to more than 2 million employees in 110 countries, and while it not disclose active user numbers, nor how they have grown, it tells me that uptake and adoption of its app ranges from 15% to over 60% of an organization’s workforce (this varies by size, and the emphasis that the organization itself puts on using the app, among other things). It also said that of those employees who are using Unmind, 88% have said they experience an improvement in mental wellbeing, work, or relationships, while 92% report higher confidence, awareness, and understanding of mental health.

The company also said that revenues grew by more than 3x in the last 12 months. Meanwhile, its customers include major retailers like John Lewis and M&S, high street bank TSB, Uber, Samsung, Virgin Media, British Airways and Asos — a list of companies that have strong degrees of customer service around them, have been greatly impacted by the lockdowns, and you can imagine must have a lot of people working in them pretty stressed out as a result of being on the front lines of interfacing with a stressed-out wider population of consumers.

The company was co-founded by Dr Nick Taylor, who previously had been a clinical psychologist and worked for years in mental health care (and before that was a classically-trained singer), who said he came up with the idea after feeling like he was seeing too many people only for the first time at a stage when their issues were already very advanced.

“I kept encountering the same frustration time and again: I wish I’d met this person six months ago,” Taylor said in an interview.

As with all kinds of preventative healthcare, it’s always better to identify and work on issues before they grow big and more urgent, and so he set out to think about how one might approach the concept of a preventative check-up and check-in for mental health.

The workplace is not a bad place to base that effort. Not only is it often a source of stress for people, but it’s a regular place for them to be every day so creating a way of assessing mental health through that implicitly creates a kind of routine to the effort. It also potentially means a closer connection to the employer to work on issues more collectively when and if they emerge, in a way that the employer might not do (or ever discover) through other means.

The connection between work and mental health is a longstanding one but has perhaps been proven out more than ever before in the last year.

“I didn’t know what would happen with mental health during Covid,” Taylor recalled. “I actually wondered if it would be demoted,” given all of the other conflicting priorities. “But the prevalence of mental illness has escalated. It’s out of control. And in the workplace, it’s a leading cause of absenteeism and turnover.” And given how full-on everything has become, including likely more hours spent working since now it all has merged with our home lives, we all know (and may well be among) many people who are feeling incredibly burned out right now.

Taylor said that in fact quite the opposite has happened to his early skepticism: mental health has become front of mind, “and the shackles of stigma are falling away.”

This is part of what has really caught the eye of investors: technology that is not just effective, but very relevant to right now. “It is now universally recognized that our Mental Health is as important if not more important than our physical health – but has long been neglected. That is now changing rapidly,” said Alastair Mitchell, a partner at EQT Ventures. “As a result there has been a massive rise in the popularity of consumer mental health apps which is now being matched by surging demand from employers and employees for the same in the workplace. Unmind is the leading mental health app for the enterprise and we are so excited to work with Dr Nick and the team to support their scaling globally.” EQT is also a strategic investor, not just a financial one: it’s rolling out Unmind across its own workplace and its many portfolio companies.

Unmind, it should be noted, is not the only company that has identified this “opportunity,” if you could call it that. They include other startups like SF-based Ginger — which has also built a platform that partners with employers, but also healthcare providers and other stakeholders, to help people identify and manage their state of mind. Ginger has been well-capitalised over the years. Others in the same space include Welbot in New York, Spill also out of London and a host of others providing different aspects of mental wellness like Calm and Headspace, the meditation apps.

I’m inclined to think that, given the size of the problem and that mental health should not be a bunfight but something that takes a village to address, the key will be in how each company approaches its remit, and how people respond to it, and whether what people do ultimately use results in better bridges for employees to getting the help and peace they need, whether it’s from the app or a professional.

“We have a responsibility to connect with our mental health in the same way that we do when it comes to healthcare,” Taylor said, likening the effort to how it takes a number of skill sets sometimes to work on the complexities of a health issue. “Great healthcare integrates across a number of systems.”