Bitcoin (BTC) price slipped below $46,000 on Sunday for the second time in four days, raising the specter of a deeper short-term correction for the flagship digital currency.

Bitcoin fell to a session low of $45,127.01, according to TradingView, before staging a modest recovery to around $45,400. The largest cryptocurrency by market capitalization is down 5% on the day and over 20% in the last seven days. 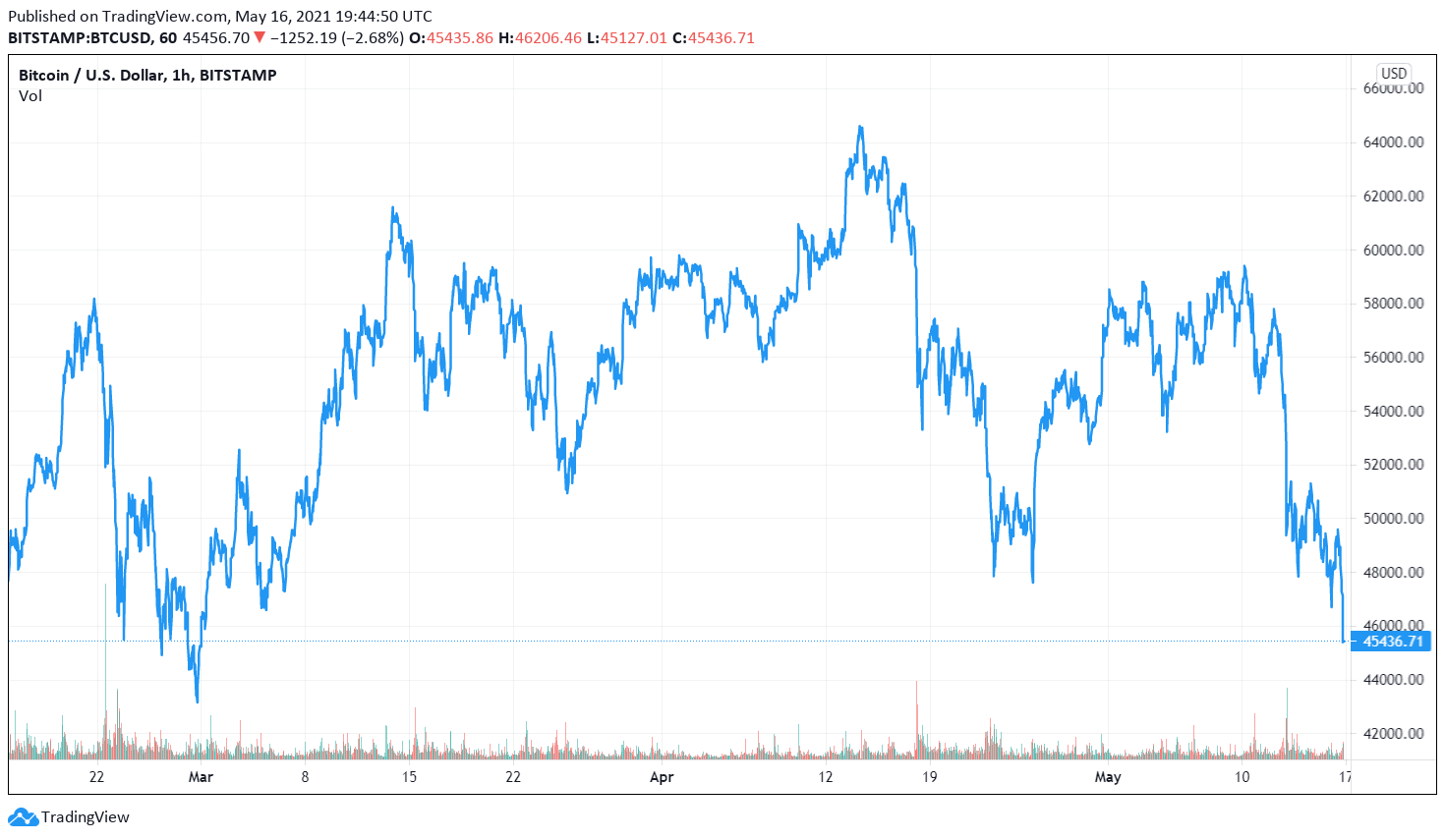 The selloff in BTC contributed to a market-wide correction for crypto assets, as Ethereum (ETH) fell 7%, Polkadot (DOT) declined 10% and Binance Coin (BNB) edged down 3%. 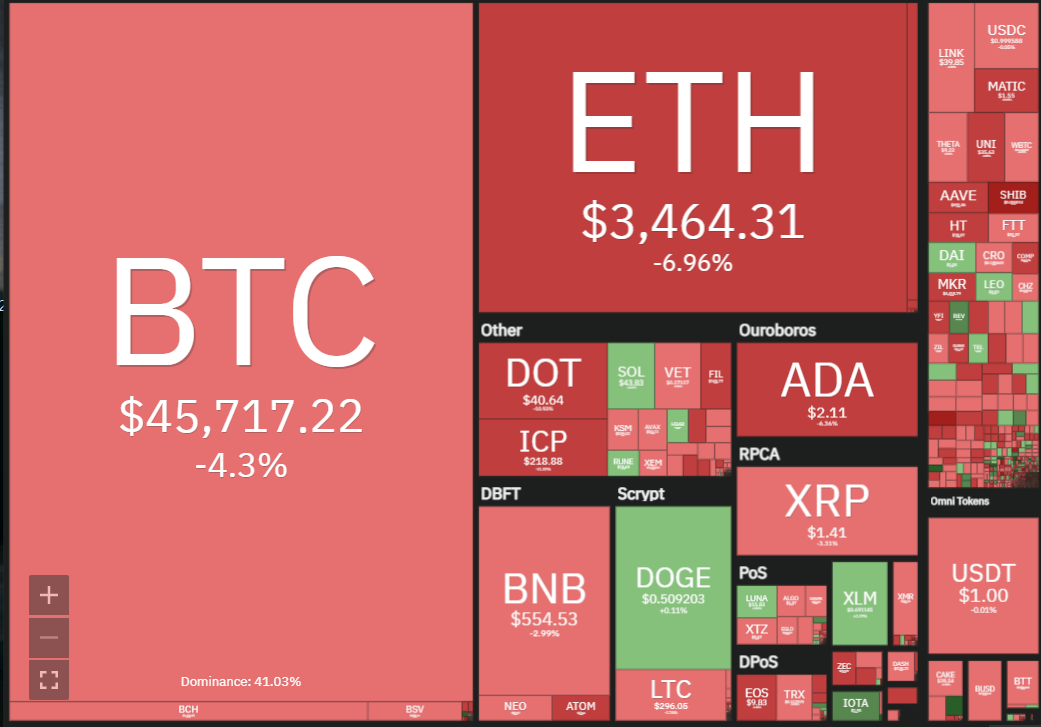 The crypto selloff intensified on Sunday, as the total market capitalization of all assets fell from a high of $2.3 trillion all the way down to $2.1 trillion. Source: Coin360

Market sentiment towards cryptocurrencies has soured in recent days after it was revealed that Tesla is no longer accepting Bitcoin payments for its automobiles. Headlines about a possible investigation into Binance by the United States Justice Department have also raised concerns about a potential regulatory backlash.

Meanwhile, Caitlin Long of Avanti digital bank believes that Tether’s first-ever reserve disclosure has spooked investors. In a Twitter thread posted on Saturday, Long said Tether’s “probability of default [and] loss severity in default just went up” because of its credit exposure. Namely, almost two-thirds of the company’s cash and cash equivalents are stored in commercial paper.

Despite all the noise in the market today, institutions are accumulating Bitcoin with ever-growing conviction, offering compelling evidence that the bull market is far from over.

Bitcoin Treasuries, which tracks corporate and institutional exposure to BTC, reported Saturday that institutions have accumulated 215,000 Bitcoin in the past 30 days. That’s equivalent to roughly $10 billion.

Institutions have accumulated 215,000 #bitcoin in the past 30 days.

Corporations with Bitcoin on their balance sheets have generated a significant return on investment. As Bitcoin Treasuries reported on May 12, the value of MicroStrategy’s BTC reserve has grown by 2.3 times. The value of Square’s Bitcoin stash is up 2.1 times. Riot Blockchain’s holdings have increased in value by 9 times. These figures have declined slightly amid the latest market correction.

Institutions have been flooding Bitcoin for the better part of a year. These so-called smart money investors are one of the biggest reasons for BTC’s ascent from just $10,000 last summer to a high of around $64,000 in April.