That’s why Tobias Warnecke, who studies archaeal histones at Imperial College London, thinks that “there’s something special that must have happened at the dawn of eukaryotes, where we transition from just having simple histones … to having octameric nucleosomes. And they seem to be doing something qualitatively different.”

What that is, however, is still a mystery. In archaeal species, there are “quite a few that have histones, and there are other species that don’t have histones. And even those that do have histones vary quite a lot,” Warnecke said. Last December, he published a paper showing that there are diverse variants of histone proteins with different functions. The histone-DNA complexes vary in their stability and affinity for DNA. But they are not as stably or regularly organized as eukaryotic nucleosomes.

As puzzling as the diversity of archaeal histones is, it provides an opportunity to understand the different possible ways of building systems of gene expression. That’s something we cannot glean from the relative “boringness” of eukaryotes, Warnecke says: Through understanding the combinatorics of archaeal systems, “we can also figure out what’s special about eukaryotic systems.” The variety of different histone types and configurations in archaea may also help us deduce what they might have been doing before their role in gene regulation solidified.

A Protective Role for Histones

Because archaea are relatively simple prokaryotes with small genomes, “I don’t think that the original role of histones was to control gene expression, or at least not in a manner that we are used to from eukaryotes,” Warnecke said. Instead, he hypothesizes that histones might have protected the genome from damage.

Archaea often live in extreme environments, like hot springs and volcanic vents on the seafloor, characterized by high temperatures, high pressures, high salinity, high acidity or other threats. Stabilizing their DNA with histones may make it harder for the DNA strands to melt in those extreme conditions. Histones also might protect archaea against invaders, such as phages or transposable elements, which would find it harder to integrate into the genome when it’s wrapped around the proteins.

Kurdistani agrees. “If you were studying archaea 2 billion years ago, genome compaction and gene regulation are not the first things that would come to mind when you are thinking about histones,” he said. In fact, he has tentatively speculated about a different kind of chemical protection that histones might have offered the archaea.

Last July, Kurdistani’s team reported that in yeast nucleosomes, there is a catalytic site at the interface of two histone H3 proteins that can bind and electrochemically reduce copper. To unpack the evolutionary significance of this, Kurdistani goes back to the massive increase in oxygen on Earth, the Great Oxidation Event, that occurred around the time that eukaryotes first evolved more than 2 billion years ago. Higher oxygen levels must have caused a global oxidation of metals like copper and iron, which are critical for biochemistry (although toxic in excess). Once oxidized, the metals would have become less available to cells, so any cells that kept the metals in reduced form would have had an advantage.

During the Great Oxidation Event, the ability to reduce copper would have been “an extremely valuable commodity,” Kurdistani said. It might have been particularly attractive to the bacteria that were forerunners of mitochondria, since cytochrome c oxidase, the last enzyme in the chain of reactions that mitochondria use to produce energy, requires copper to function.

Because archaea live in extreme environments, they might have found ways to generate and handle reduced copper without being killed by it long before the Great Oxidation Event. If so, proto-mitochondria might have invaded archaeal hosts to steal their reduced copper, Kurdistani suggests. 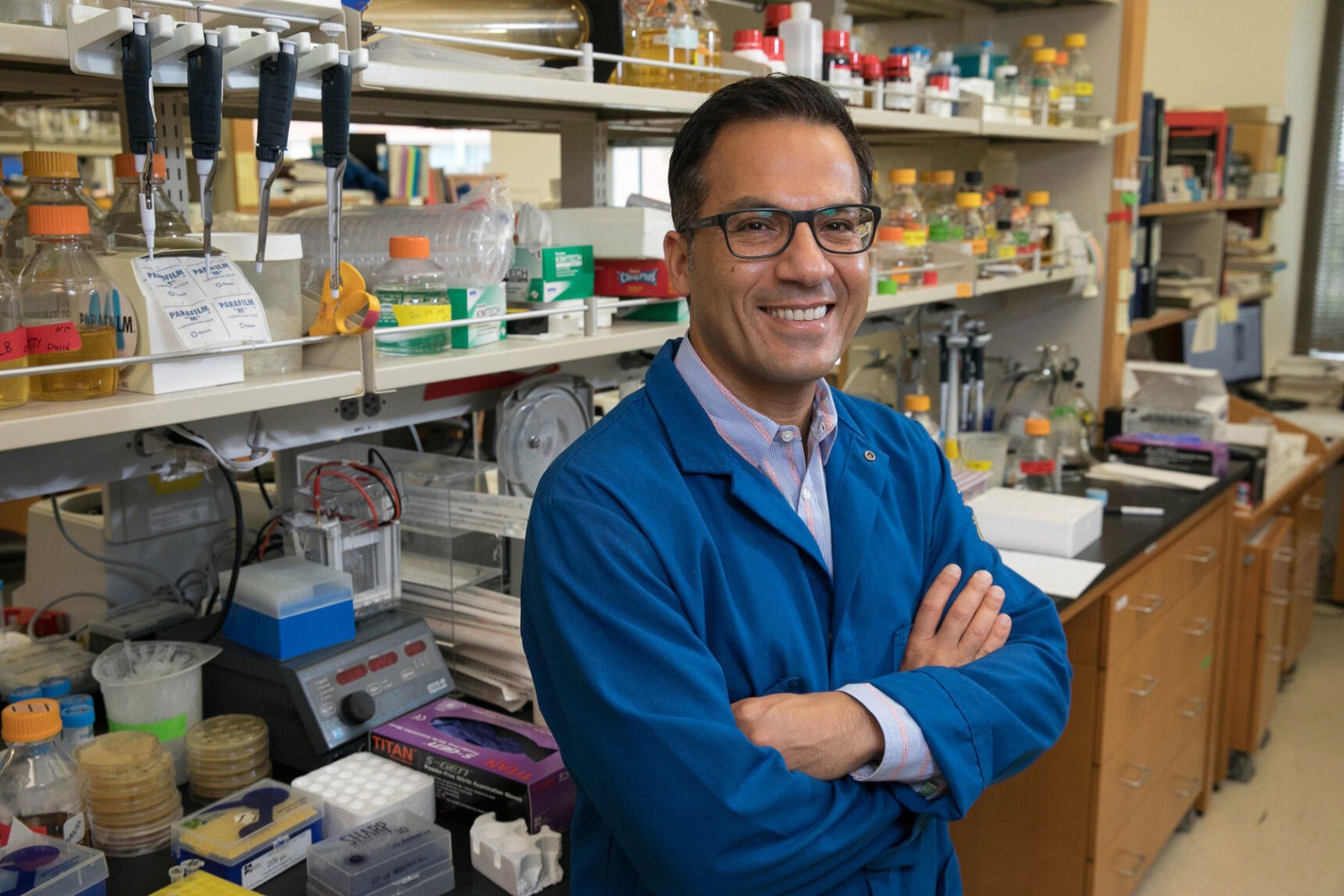 Siavash Kurdistani, a biochemist at the University of California, Los Angeles, has speculated about how the catalytic abilities of some histones might have supported the endosymbiosis that produced eukaryotes.Photograph: Reed Hutchinson/UCLA Broad Stem Cell Research Center

The hypothesis is intriguing because it could explain why the eukaryotes appeared when oxygen levels went up in the atmosphere. “There was 1.5 billion years of life before that, and no sign of eukaryotes,” Kurdistani said. “So the idea that oxygen drove the formation of the first eukaryotic cell, to me, should be central to any hypotheses that try to come up with why these features developed.”