Restrictions on acquisitions would stifle the US startup ecosystem, not rein in big tech 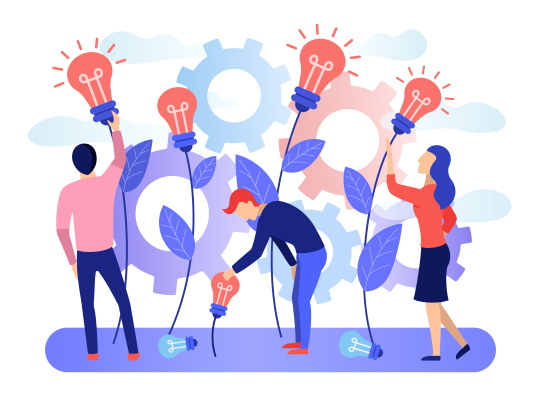 More posts by this contributor

Bipartisanship has long been out of fashion, but one common pursuit among Democrats and Republicans in Washington has been placing Big Tech companies under a microscope.

Congressional committees have held scores of hearings, lawsuits have been filed and legislation has been introduced to regulate privacy and data collection. The knock-on effect of these reforms for young companies and their venture investors is unclear. But one aspect of increased antitrust scrutiny — restrictions on acquisitions — would have a significant negative effect on our entrepreneurial ecosystem, and policymakers should approach these changes with caution.

Acquisitions are an important element of the startup ecosystem

For VC-backed companies, there are effectively three outcomes: standalone company (often via an IPO), merger or acquisition, or bankruptcy. Despite best efforts, company failure is the most common outcome — more than 90% of startups fail. Fortunately, the success stories are often companies with a big impact, like Moderna and Zoom, which helped the world in the pandemic.

Acquisitions contribute to the health of the startup ecosystem, as entrepreneurs who realize liquidity through the sale of their company regularly go on to found innovative new companies and often invest in other startups as angel investors or venture capitalists.

Entrepreneurs are optimists by nature, and so when the company journey begins, there is great hope of one day creating a standalone public company. However, in most cases, an IPO is not possible. The reality is that entrepreneurship is incredibly hard, and the journey from infancy to public company is one that relatively few companies achieve.

Silicon Valley Bank’s 2020 Global Startup Outlook puts it this way: “[T]he fact is most entrepreneurs never expect to reach a public market exit.” Accordingly, 58% of startups expect to be acquired. NVCA-Pitchbook data on acquisitions and IPOs back up the sentiment of founders when it comes to likely exit opportunities. In 2020, there was an approximately 10:1 ratio of acquisitions of VC-backed companies to IPOs, with 1,042 venture-backed companies acquired and 103 entering the public markets.

Some might argue that acquisitions are more dominant today because of the anti-competitive motivations of current tech incumbents. But as Patricia Nakache of Trinity Ventures said in testimony before the Senate Judiciary Committee: “[Acquisitions have] been commonplace in the U.S. since before the dawn of the modern venture capital industry.” In fact, today we are witnessing fewer acquisitions relative to IPOs than in years past, as the average acquisition-to-IPO ratio since 2004 is approximately 15:1. This is happening against a backdrop of challenges in taking small-cap companies public that has reduced the number of companies in the public markets today.

Acquisitions contribute to the health of the startup ecosystem, as entrepreneurs who realize liquidity through the sale of their company regularly go on to found innovative new companies and often invest in other startups as angel investors or venture capitalists.

Furthermore, acquisitions help power the returns of VC funds, thereby allowing VCs to raise new funds and invest in the next generation of entrepreneurs. This “recycling effect” is one of the key drivers of dynamism in our economy and should not be slowed down.

Despite the importance of acquisitions, antitrust reform has included significant changes to how acquisitions are assessed by the federal government. The two most prominent examples in this space are Sen. Amy Klobuchar’s Competition and Antitrust Law Enforcement Reform Act (CALERA) and Sen. Josh Hawley’s Trust-Busting for the Twenty-First Century Act.

These bills are likely a reaction to findings that incumbents have acted like Pac-Man, gobbling up would-be competitors before they become a competitive problem. But both proposals would ultimately harm startup activity and competition rather than propel it.

Both proposals have negative ramifications for venture-backed companies.

First, consider the scope of the proposals: A $100 billion company is indeed a large one, but setting the threshold there captures far more than the large tech companies that have been hauled before Congress for antitrust hearings. Globally, about 150 companies are valued at $100 billion or more, and the U.S. is home to more than 80 of those companies. That exposes acquirers as wide-ranging as Estee Lauder, John Deere, Starbucks and Thermo Fisher Scientific. If you are struggling to recall those companies being under the antitrust spotlight, then you are not alone.

Second, the legal standards imposed by these new bills are daunting. Klobuchar’s proposal leaves startups scratching their heads on where the line is on which acquisitions are tolerated, while Hawley’s bill throws up a misguided red light for vast amounts of acquisitions. These two standards are particularly vexing since acquirers are generally looking for acquirees that complement their existing business. In addition, many of the most acquisitive companies are multifaceted ones that presumably compete with an array of other companies in some way.

Ultimately, the bills from Klobuchar and Hawley would disrupt an important part of our nation’s startup ecosystem. Acquisitions act like grease to help keep the wheels moving by injecting liquidity into the system so participants can move on to create new and hopefully better companies for our country. Those wheels should not be slowed down when the country needs all the entrepreneurship it can muster.