Bitcoin 2021 conference Miami: Here’s what you missed so far 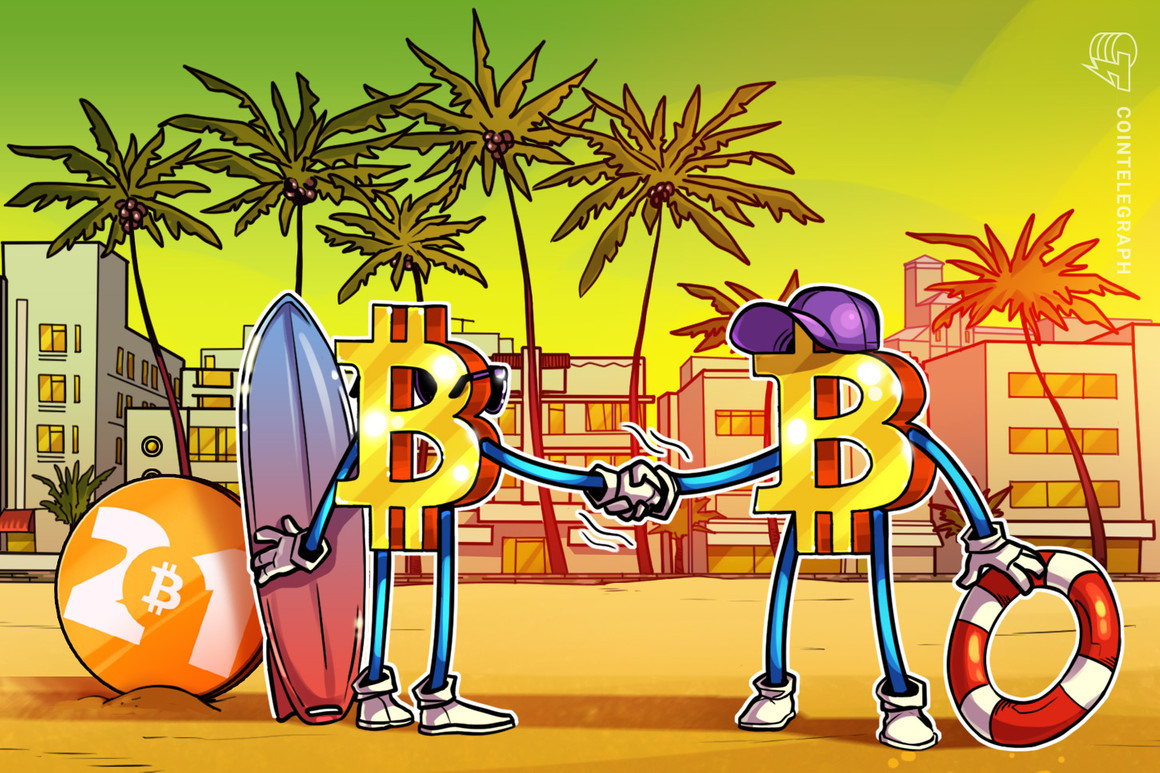 The first official day of the Bitcoin 2021 conference in Miami, Florida yielded no shortage of newsworthy events. Thousands of conference-goers came together to take in speeches, interviews and panels from a wide array of guests, such as Miami mayor Francis Suarez, who spoke about the city’s efforts “to create the Bitcoin, blockchain and mining capital of the world.” Suarez’s track record is filled with various forms of involvement in the crypto and blockchain space, as he noted in his speech.

“The days of a currency being tethered to a central bank are coming to an end,” Suarez said after expressing several favorable views about Bitcoin, including: “The U.S. will become a powerhouse for clean energy Bitcoin mining.”

Other speakers, panelists and interviewees included Kraken head of growth Dan Held, MicroStrategy CEO Michael Saylor and Draper Fisher Jurvetson founder Tim Draper, among many others. Peter McCormack, the host of the What Bitcoin Did podcast, maintained one of the conference stages for some of the day’s action, introducing guests.

We just had an amazing panel discussion on Picturing The Hyperbitcoinized World featuring #Bitcoin heavyweights @parkeralewis, @SaifedeanAmmou6, @danheld, and @real_vijay at #Bitcoin2021. Are you ready for a world where BTC is king? pic.twitter.com/OaHUuAg9Ju

During Michael Saylor’s time on stage, he was asked about his experience in the crypto space so far. “I realized that I first bought Bitcoin one year ago yesterday, and so this is the end of my rookie year,” Saylor said.

Twitter CEO Jack Dorsey also spoke at the conference today on the topic of the bankless population. “Internet needs a native currency,” he said during his interview. “We need to be able to transact with it every single day.”

During a later on-stage discussion, Binance US CEO Brian Brooks said: “If you’ve never worked in a big bank, you have no idea how bad the problem is.” Brooks previously served with the United States Office of the Comptroller of the Currency. Before joining the regulatory body, he had several career stops, including spending years with OneWest Bank N.A.

Take a peek inside the largest Bitcoin conference ever:

Be sure to follow Cointelegraph on Twitter to keep up with all the latest happenings at Bitcoin 2021.