Cointelegraph Consulting: DeFi hit by a tsunami of liquidations in May

The savage sell-off that took place in mid-May fueled volatility in markets and triggered liquidations among numerous decentralized finance protocols. Like an earthquake, the market fall exacerbated the biggest wave of liquidations in DeFi history. The market experienced a higher amount of liquidation on May 19 than in the past two years in the DeFi space.

As part of the Market Insights bi-weekly newsletter, Cointelegraph Consulting teamed up with Covalent to investigate the liquidations on Aave, Compound and Maker. While the three DeFi protocols account for nearly 50% of all DeFi total value locked, according to DappRadar, they saw liquidations hitting a record of over $1.17 billion worth of collateral recently. 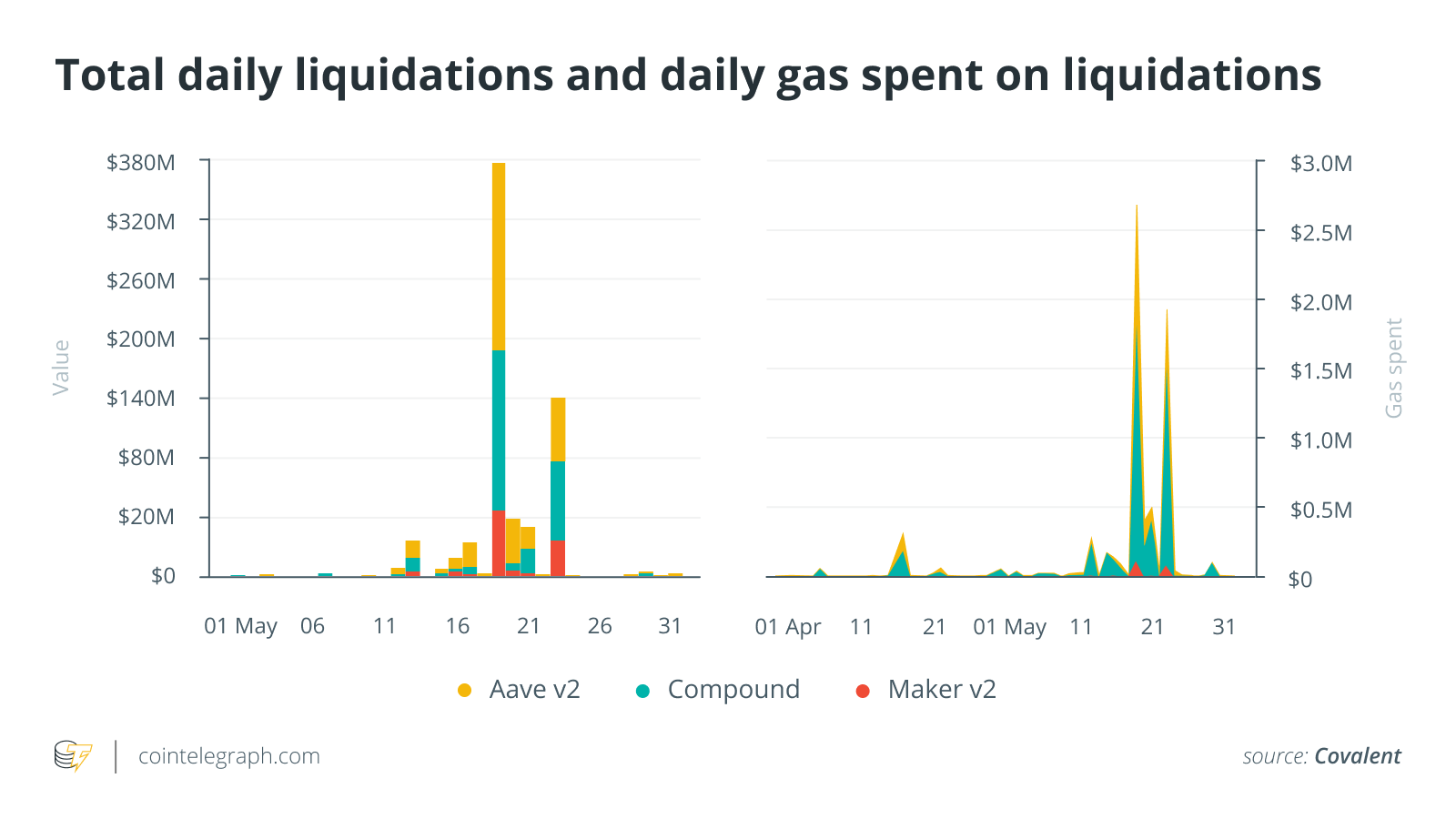 The data reveals that the recent liquidations dynamics bear a striking resemblance to tsunami waves, with the second of them coming on May 23 when Ether’s (ETH) price plunged to $1,925 from its all-time high at $4,332. The day marks over $160 million of liquidations, with Compound overtaking Aave by value liquidated.

Liquidations on Compound also hit a fresh record. Previously, the protocol faced over $88 million liquidated in November as the result of the Dai stablecoin’s sudden price surge.

Of those 5,012 liquidations that happened after the prices had started to fall on May 19, 64% came from Aave, 29% from Compound and 7% from Maker. Notably, more liquidations occurred on May 23 than on May 19, which is uncorrelated with the data on value liquidated across the protocols. 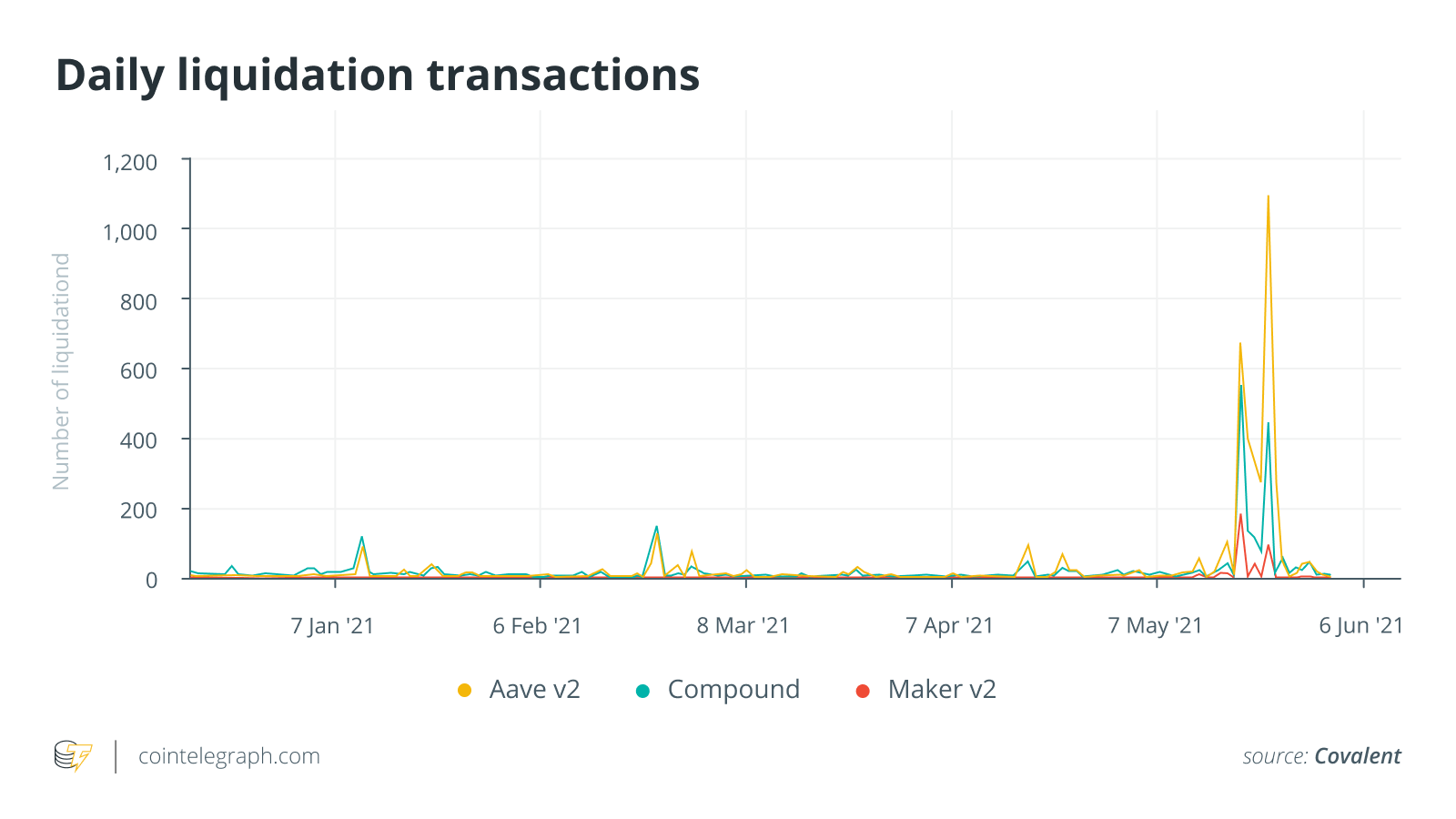 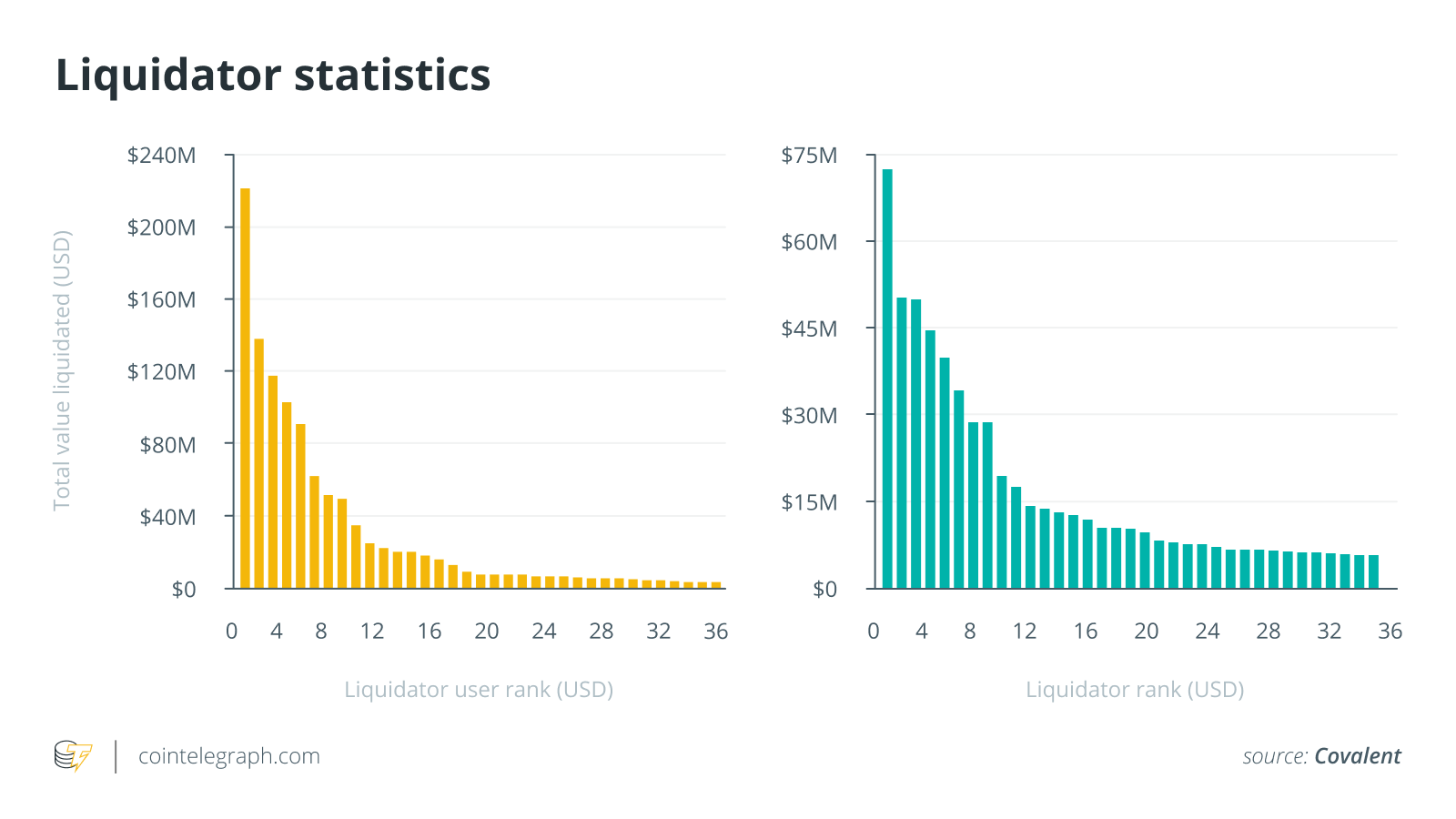 The recent market drop was a test of DeFi’s viability. Despite the losses, the protocols have survived the stress test. Aave’s TVL passing the $20-billion mark provides evidence of the positive user sentiment toward the protocol prospects.

However, while moving forward to an increasing rate of DeFi adoption, it would be important for the protocols to introduce mechanisms that protect users from unpredictable loss of funds as well as to educate them about the underlying risks.