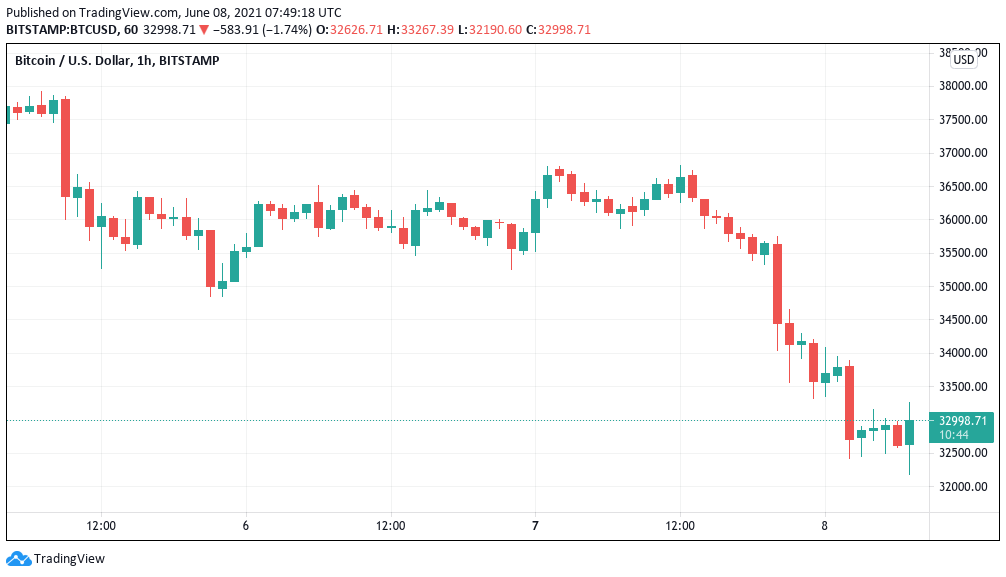 Data from Cointelegraph Markets Pro and TradingView followed BTC/USD as the pair lost 9% overnight on Monday.

No amount of good news was able to help bulls, with potential adoption breakthroughs in Latin America conspicuously doing nothing to boost lackluster price action.

For popular trader Crypto Ed, the outlook was uninspiring — and even included a trip below the $30,000 mark.

“It did the white ABC I posted before the weekend,” he told Twitter followers, referring to a forecast price rotation.

“Now in green box but I’d expect 1 more leg down today, followed by a bounce to ~35k From there down again, sub 30k, or ‘up only’ again, but the latter feels more like a miracle tbh.” 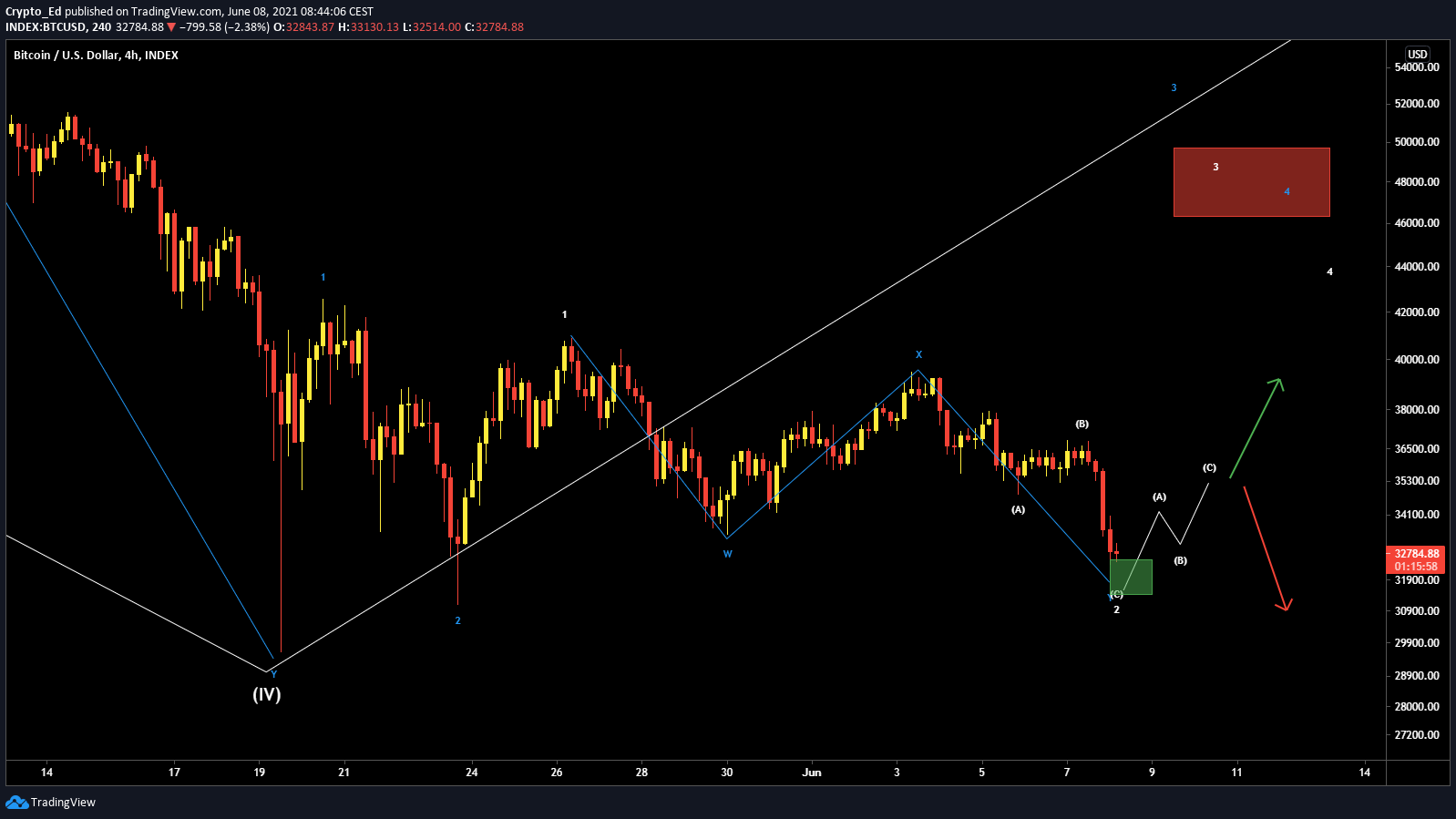 As Cointelegraph reported, traders are already on edge over a potential “death cross” involving two key moving averages which could spell further downside.

This could extend beyond the short term, Cane Island Alternative Advisors investment manager Timothy Peterson noted, thanks to BTC/USD now lingering below its 200-day moving average for almost three weeks.

“This metric has *always* marked the end of a bull run and the start of a bear market,” he added in comments on Monday.