How Underground Fiber Optics Spy on Humans Moving Above 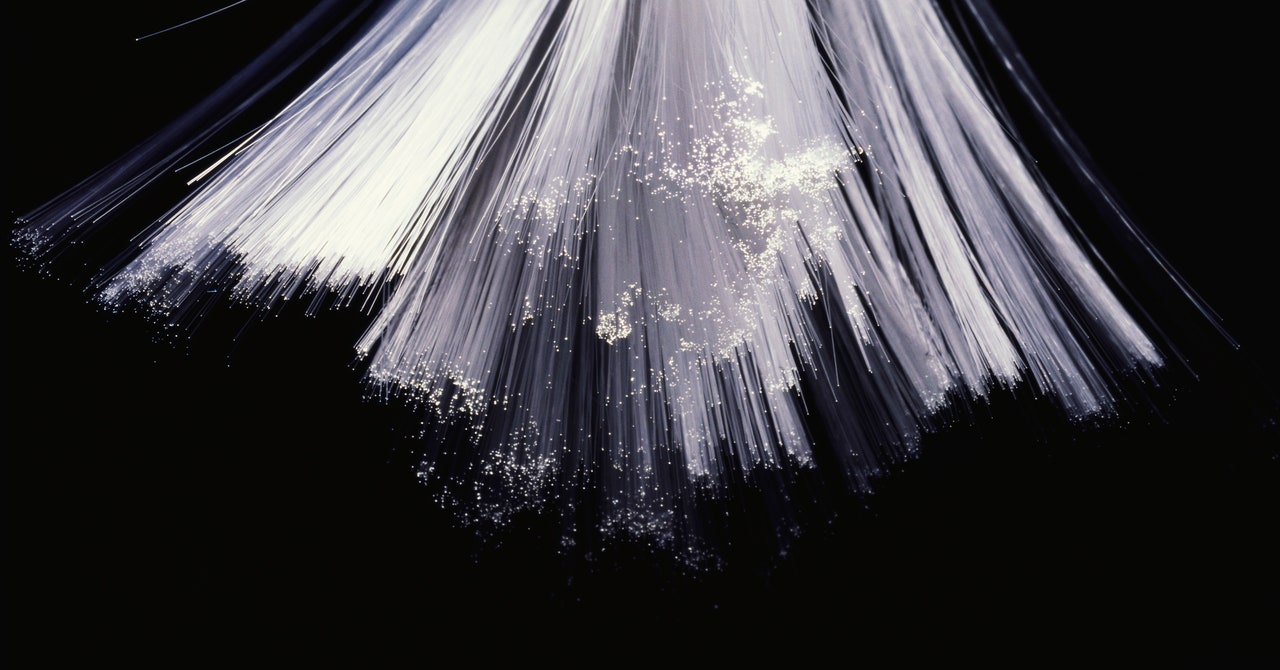 When last spring’s lockdown quieted the Penn State campus and surrounding town of State College, a jury-rigged instrument was “listening.” A team of researchers from the university had tapped into an underground telecom fiber optic cable, which runs two and half miles across campus, and turned it into a kind of scientific surveillance device.

By shining a laser through the fiber optics, the scientists could detect vibrations from above ground thanks to the way the cable ever so slightly deformed. As a car rolled across the subterranean cable or a person walked by, the ground would transmit their unique seismic signature. So without visually surveilling the surface, the scientists could paint a detailed portrait of how a once-bustling community ground to a halt, and slowly came back to life as the lockdown eased.

They could tell, for instance, that foot traffic on campus almost disappeared in April following the onset of lockdown, and stayed gone through June. But after initially declining, vehicle traffic began picking up. “You can see people walking is still very minimal compared to the normal days, but the vehicle traffic actually is back to almost normal,” says Penn State seismologist Tieyuan Zhu, lead author on a new paper describing the work in the journal The Seismic Record. “This fiber optic cable actually can distinguish such a subtle signal.”

More specifically, it’s the frequency in the signal. A human footstep generates vibrations with frequencies between 1 and 5 hertz, while car traffic is more like 40 or 50 hertz. Vibrations from construction machinery jump up past 100 hertz.

Fiber optic cables work by perfectly trapping pulses of light and transporting them vast distances as signals. But when a car or person passes overhead, the vibrations introduce a disturbance, or imperfection: a tiny amount of that light scatters back to the source. Because the speed of light is a known quantity, the Penn State researchers could shine a laser through a single fiber optic strand and measure vibrations at different lengths of the cable by calculating the time it took the scattered light to travel. The technique is known in geoscience as distributed acoustic sensing, or DAS.

A traditional seismograph, which registers shaking with the physical movement of its internal parts, only measures activity at one location on Earth. But using this technique, the scientists could sample over 2,000 spots along the 2.5 miles of cable—one every 6 and a half feet—giving them a superfine resolution of activity above ground. They did this between March 2020, when lockdown set in, and June 2020, when businesses in State College had begun reopening.

Just from those vibrational signals, DAS could show that on the western side of campus, where a new parking garage was under development, there was no industrial activity in April as construction halted. In June, the researchers not only detected the vibrations from the restarted machinery, but could actually pick out the construction vehicles, which hummed along at a lower frequency. Still, they noted, by this time pedestrian activity on campus had barely recovered, even though some pandemic restrictions had eased.

DAS could be a powerful tool to track people’s movement: Instead of sifting through cell phone location data, researchers could instead tap into fiber optic cables to track the passage of pedestrians and cars. But the technology can’t exactly identify a car or person. “You can say if it’s a car, or if it’s a truck, or it’s a bike. But you cannot say, ‘Oh, this is a Nissan Sentra, 2019,’” says Stanford University geophysicist Ariel Lellouch, who uses DAS but wasn’t involved in this study but did peer-review it. “Anonymity of DAS is one of the biggest benefits, actually.”