The Delta Variant Is Making Covid a Pandemic of the Young 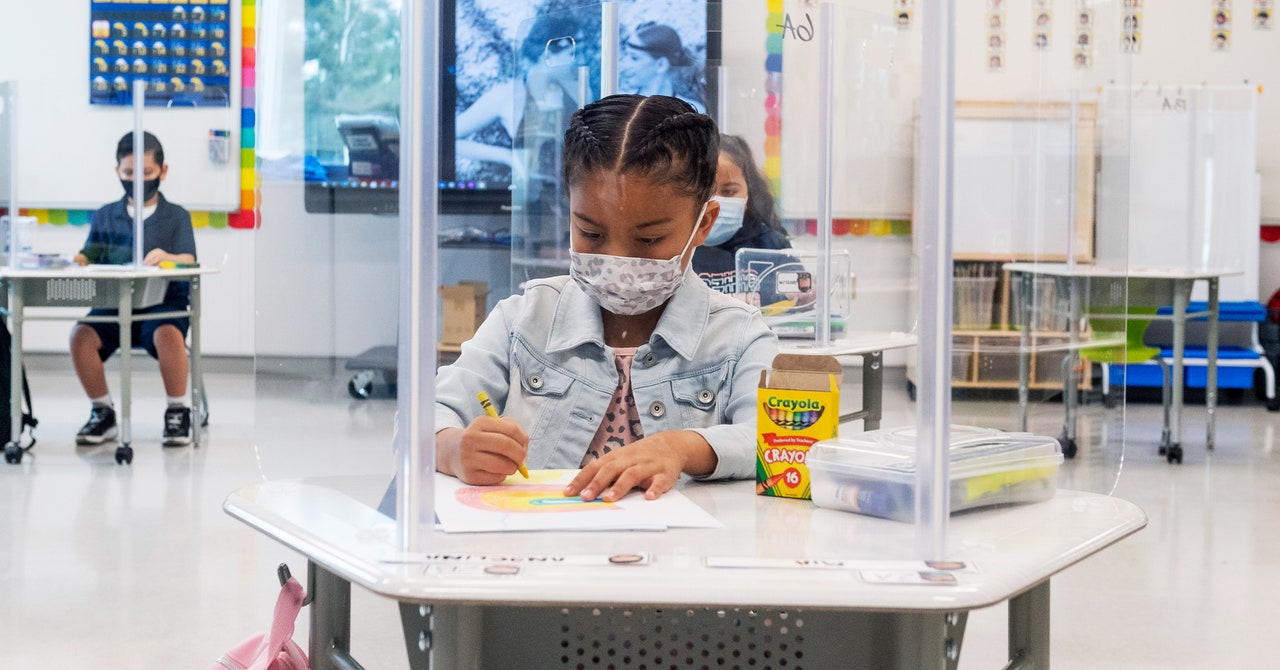 It has been said countless times by public health figures and politicians, and by magazines like this one, that Covid-19 is now a pandemic of the unvaccinated. The line is easy to write, because it’s true. Breakthrough infections among the vaccinated are an issue, the virus lapping at the edges of our collective immunity. But severe illness and death is almost entirely concentrated among those who haven’t yet gotten the shot.

But who are those unvaccinated people? Increasingly, they are the young. The largest group is little kids, those under 12, because no vaccine has been authorized for them. But the picture doesn’t get much better in older children. Only a third of kids aged 12 to 15 in the US are fully vaccinated, according to figures gathered by the Centers for Disease Control and Prevention, and the figure remains below average for people in their late teens and twenties. So it’s little surprise that 22 percent of the US cases reported in the third week of August, 180,000 in all, were diagnosed in children, up from a 14 percent share overall since the pandemic began. That weekly number is double what it was at the beginning of the month, and that’s putting strain on pediatric units across the US, especially in places where the highly transmissible Delta variant is raging.

“When people started dropping their masks and socializing again, that’s when we saw our spike,” says Abdallah Dalabih, a critical care physician at Arkansas Children’s Hospital, where Covid-19 admissions to the state’s only pediatric ICU surged in early August and have remained stubbornly high.

“We all thought we were done with Covid, so unfortunately it didn’t stop people from having a lot of interactions this summer,” says Kofi Asare-Bawuah, a pediatrician at CoxHealth in Springfield, Missouri. The Ozark region, which saw one of the earliest Delta surges in the US in July, is now also seeing an uptick in cases of MIS-C, the inflammatory immune condition that occurs in some young people weeks after their infection. In recent weeks, Asare-Bawuah’s team has sent three children with life-threatening cases to be treated at a larger hospital in St. Louis.

That’s an exhausting reality, says David Fisman, an epidemiologist at the University of Toronto, and one that runs counter to the narrative that the pandemic should be over. “We’re all sick of this,” he says, pausing to acknowledge a sympathetic stink eye across the room from his 9-year-old daughter, who is also very tired of hearing about the pandemic. It’s also a confusing reality. The rules of the pandemic that were ingrained 18 months ago went roughly like this: The young and less vulnerable are meant to stay home and take other precautions to protect the old and those with preexisting health conditions. This understanding stemmed from the pandemic’s silver lining: that young people are the least likely to develop severe illness that leads to hospitalization or death—an unusual pattern for respiratory disease, which often affects children as well as the old.

Experts like Fisman worry that fatigue and lack of emphasis on the risks to kids are leading to fewer precautions just as transmission goes up among children. “I think there’s a lot of self-regarding attention to risk in older people,” he says. Perhaps we’ve dropped our guards a little too fast, and it’s time for some kind of recalibration. Here are some of the things to know:

Why hasn’t the virus affected kids as much as adults?

In recent months, researchers who study the immune system have started to feel more confident with certain explanations. One difference is that kids appear to have a more battle-ready immune system when a Covid-19 infection begins. That immune response starts with the production of antiviral proteins called interferons, which recruit a battalion of immune cells up to the nose, explains Kerstin Meyer, a principal staff scientist at the Wellcome Sanger Institute who has studied the difference between adult and child responses. In older people, one feature of Covid-19 infections is that these initial warning signals are often suppressed, preventing that crucial early response from ramping up. This allows the virus to multiply quickly in the upper airways and then spread deeper into the lungs, where it causes more severe illness. But in children, “this viral sneakiness is prevented,” Meyer says. Cells in the nose and throat appear more primed to mount a quick response, so the infection typically ends before anything more than mild symptoms appear.

But what if that doesn’t nip it in the bud? Kids still appear to have advantages. The innate immune response is soon joined by an adaptive one—a force that recruits and multiplies specific cells, such as B and T cells, to fight a particular pathogen. One theory is that young bodies have more malleable immune systems. In adults, these B and T cells are adapted to tackle previously seen infections, but when faced with an entirely new pathogen, like SARS-CoV-2, that leaves fewer ones that are available to learn new tricks. In some cases, the adult body recruits immune cells that aren’t good for the job, a miscalibrated response that, at its worst, can lead to runaway effects that do damage to the body while failing to clear the virus. Young people have a more diverse set of “naive” immune cells, giving them a better chance of producing antibodies that tackle the novel infection. They learn lessons quickly, like a child taking an ear to a new language.

Is Delta making kids more sick than other variants?

There’s little evidence so far to suggest the Delta variant is more harmful to children than adults. According to the CDC, there’s some evidence of greater severity in Delta infections across all age groups, but the agency has yet to offer a specific breakdown for children. In Ontario, where Fisman has been tracking the hospitalization rate among young people, children under 10 who are infected with Delta have been more than twice as likely to be hospitalized as those infected with other variants. But the data is still relatively sparse—in the province, there are 1,300 cases in kids under 10, and only 26 hospitalized—and there are too few cases to estimate relative risk of ICU admission or death. But Fisman’s confidence in his conclusion is rising as more data comes in. “The stakes are a little bit higher for keeping this away from kids,” he says.

The much bigger problem is how fast Delta moves through an unvaccinated population, Fisman adds. Say that the variant’s arrival means doubling the hospitalization rate for kids with Covid—less than 1 percent of cases in children under 18 before Delta’s arrival, according to the CDC. That’s still a relatively small number. But with a virus now transmitting at a more aggressive clip, the growing denominator—the total number of cases—becomes meaningful. “That means those rare events happen in greater numbers,” Fisman says. “That’s the big worry.”