So … What If Aliens’ Quantum Computers Explain Dark Energy? 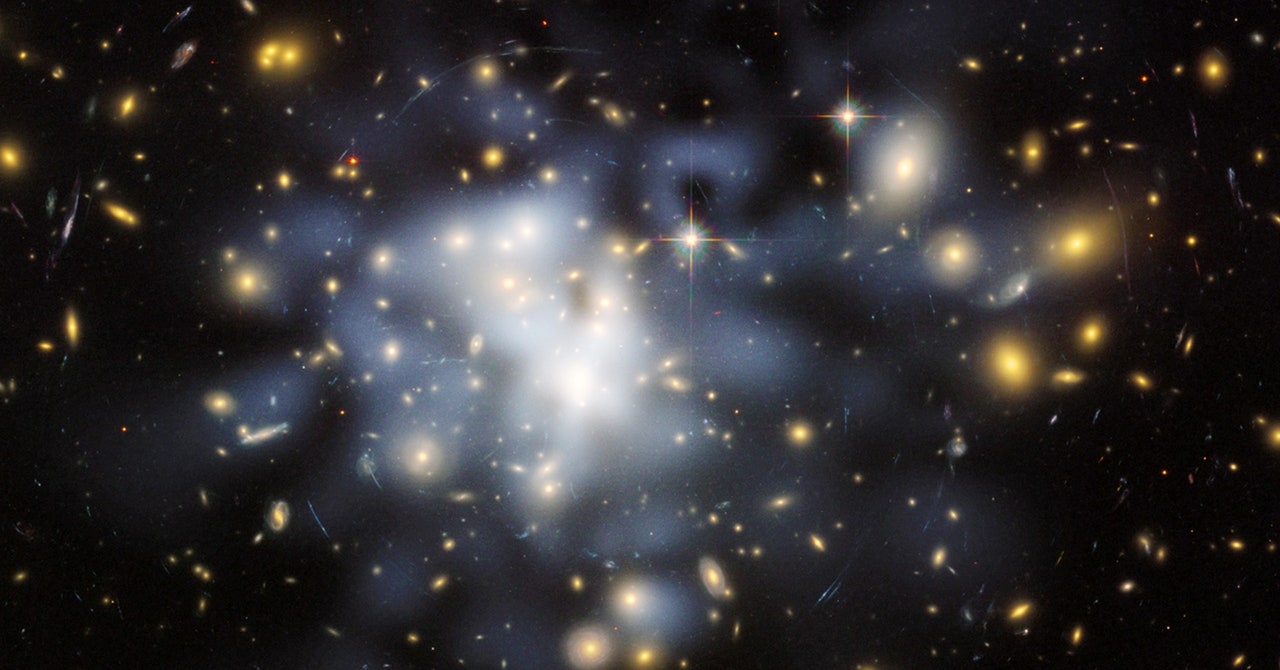 When I lived in the Bay Area, I used to get together with my friend Jaron Lanier to explore the implications of spectacularly weird thought experiments.

Outlandish thought experiments have been essential in the intellectual history of science, but the point isn’t the weirdness itself. The payoff of thinking about strange things like Schrödinger’s cat, the infamous cat that is alive and dead at the same time, is not necessarily that we should then “believe” in the existence of such a cat. Instead, we can hope that uncommon ideas will shed light on the murky margins of our thoughts; in the case of Schrodinger’s cat, in dealing with the question of superposition. The point is not to confuse or bamboozle people, but to eventually find a way to think that makes more sense and is a little less murky.

The bizarre notion I want to consider here came from a discussion of the search for alien life forms. There are a variety of ways to look for signs of alien life in the universe, usually involving a large array of telescopes. One approach is founded on the hope that perhaps astronomers will get lucky and chance upon an alien radio broadcast. But in the thought experiment Lanier and I explored, we considered a different and far more dramatic possibility.

Suppose that there are lots of alien civilizations running hugely capacious quantum computers of the sort that Google and others are just beginning to build here on Earth. This leads to a question of high weirdness: Would an extreme amount of very distant quantum computation result in any astronomically observable effect? Could we humans see evidence of a universe teeming with quantum computers by carefully examining the night sky?

We thought about various ways this might be possible, but in the end we focused on one wonderful possibility. So here it is: First, alien quantum computers could explain the mystery of dark energy, because computation by multitudes of alien creatures across the universe bends (or rather unbends) the universe as a whole. Because we can observe the effect of dark energy, accelerating the expansion of the universe, this implies that we have already seen evidence that our universe is alive beyond us—we just haven’t recognized it as such! And we found, fortunately, that contemplating this almost imponderable notion has a human-scale practical payoff: It helps us clarify how we think about plausible relationships between gravity and quantum information. (If you think this is strange, you should read some of the competing ideas. One recent paper suggests that dark energy is actually a sign that time is about to cease to be time and turn into space instead. We’d then be frozen out of time, but be four dimensional. Compared to that, our proposal, aliens and all, is practically tame.)

Let’s go through the argument step by step: What is a quantum computer, and why would aliens be using them?

Let’s assume that, just like us, plenty of alien civilizations will want the best possible computers for some purpose or other. For the sake of argument, we’ll assume the aliens want to enjoy high-quality virtual reality, and so they build computers to make that happen. If the computers that run alien VR are of the classical kind we use these days (based on the mathematical framework laid down in the mid-20th century by computer science pioneers John von Neumann and Alan Turing), then aliens would generally endure an inferior sort of virtual-world experience. You might think that classical computers should be up to the task—after all, the special effects in movies are getting fairly realistic, and classical computers are able to calculate those effects—but they are not. Remember that movies are prepared in advance. Virtual reality, however, must create sensations for the human body on the fly and as quickly as reality does.

Classical computers can’t work that fast. Furthermore, there are cases where the human body is able to respond to reality at the highest possible level of sensitivity. For example, the retina can in certain cases, generate a neural response to a single photon. In a case like that, the human body has become as discriminating as physics can possibly allow. Just as classical computers can’t be as fast as the universe, they can’t be that discerning, either. If we assume that aliens elsewhere also evolved to be as sensitive to this ultimate, quantum level of reality in some special cases as we are to light, then when they try to design a nonquantum supercomputer and VR apparatus that could simulate reality at the ultimate level of detail, they would have run into problems. That’s one reason we guess that discerning aliens would seek the power of quantum computers to run their virtual worlds.