Bitcoin (BTC) bears are “exhausted” and are even selling at a loss this week, fresh data confirms.

Bitcoin bears run out of FUD

SOPR, a classic metric for determining oversold periods on Bitcoin markets among other things, flipped to “buy” for the first time since July last week.

Last time, BTC/USD then launched to local highs of $53,000 over the subsequent few weeks, and hopes are now high that a repeat will materialize.

“We have seen more on-chain selling at a loss over the past few days,” Swift commented.

“This is bullish, particularly after the aggressive summer sell-off. Bears are getting exhausted. Time for the bitcoin bulls to take over very soon.”

SOPR is far from the only Bitcoin market component calling for a return to bullish upside. Investors themselves are betting on continuation, adding to positions both large and small despite last week’s price dip.

A dramatic ongoing reduction in available liquid BTC supply has the potential to compound a spot price squeeze higher, others note.

One cohort of BTC investors who is certainly not selling are institutions, evidenced by MicroStrategy’s 5,050 BTC additional buy-in announced Monday.

Related: Institutional traders flock to Solana as demand for ETH and BTC flattens

For analyst Willy Woo, who released an updated chart of corporate BTC holdings, it is now increasingly apparent that the firm is acting as a Bitcoin custodian for others.

“In case people wonder why MicroStrategy is such a large holder. I think public companies find it easier to buy a convertible debt instrument from MicroStrategy to gain BTC exposure than to hold the underlying asset. IMO MicroStrategy hold BTC for many companies,” he wrote in a Twitter discussion. 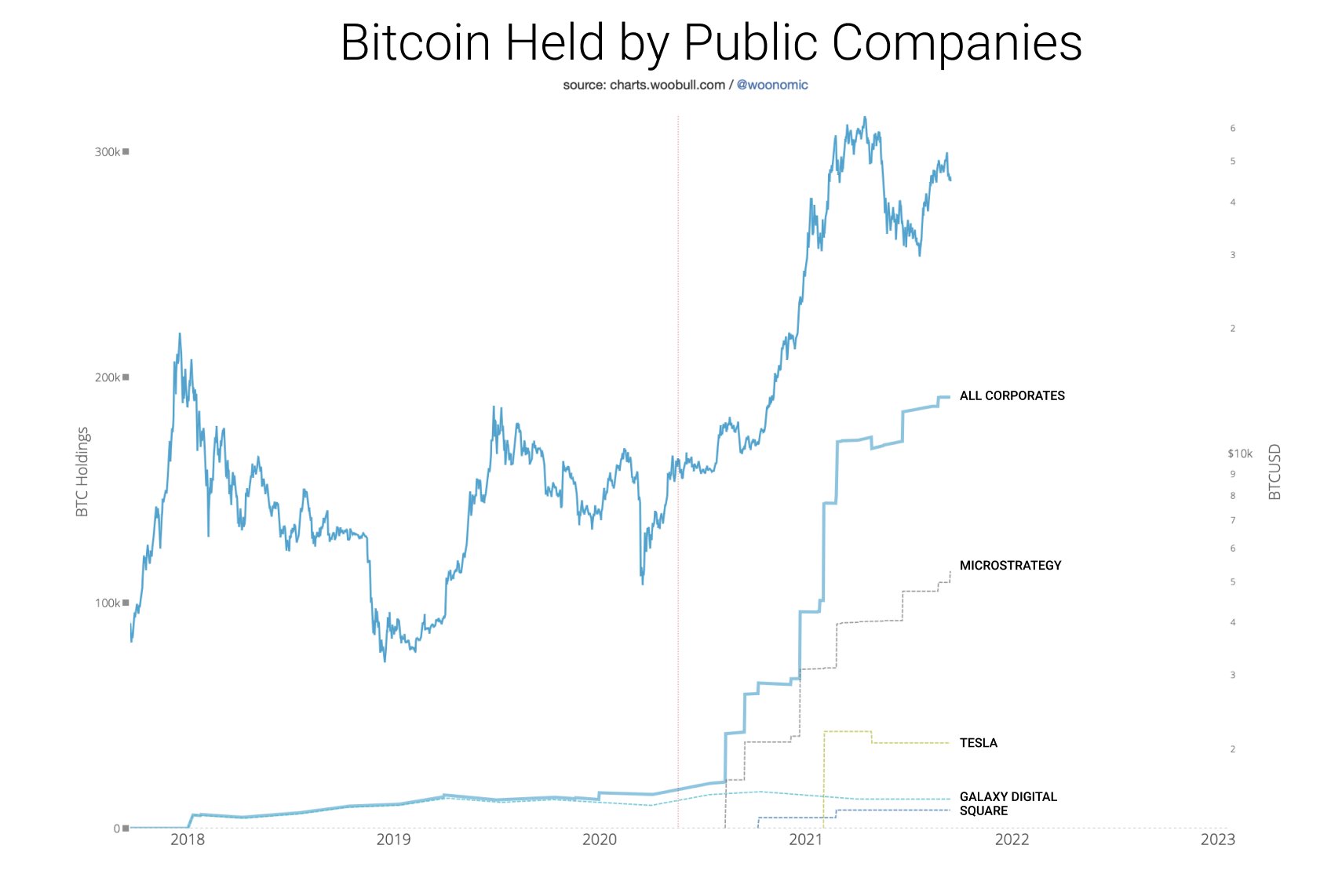 MicroStrategy’s total BTC allocation is now in excess of 114,000 BTC, with its average purchasing price at just above $27,700 — 40% below current spot price.