What Can Convince People to Just Get Vaccinated Already? 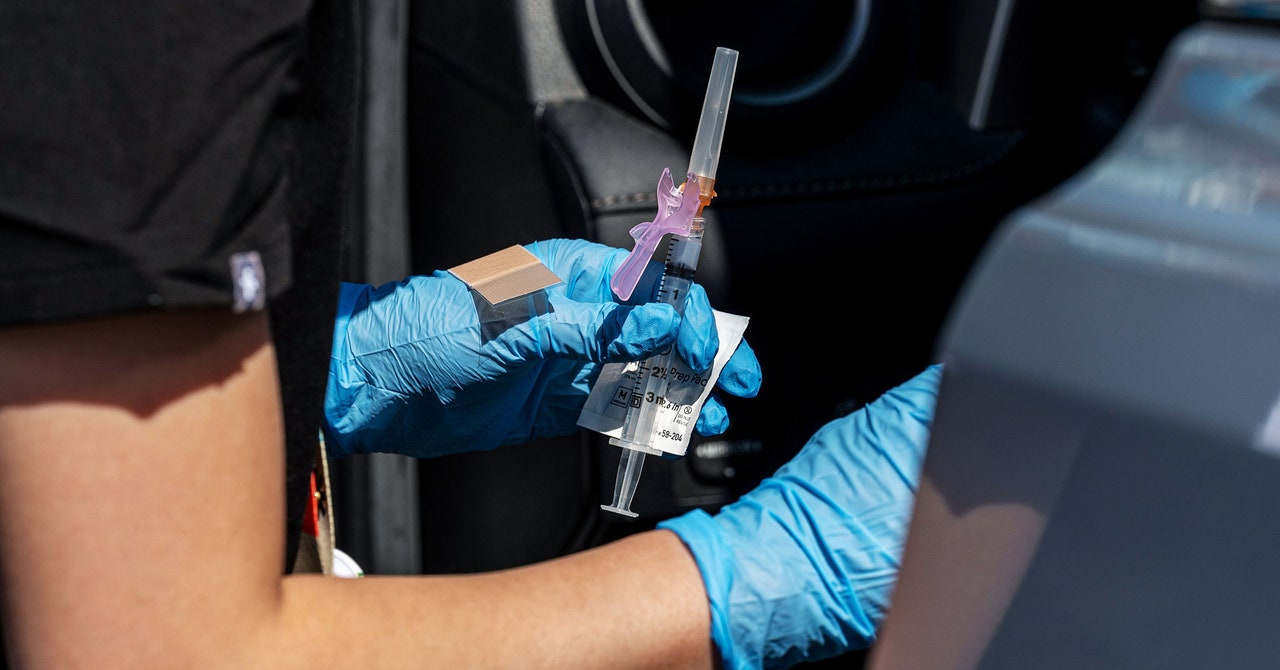 Another survey, this one of a representative sample of 3,048 US residents last summer, similarly compared changes in intent-to-vaccinate after hearing language about vaccine safety, private benefit, social benefit, and economic benefit—sometimes in combination with each other. (A single basic message about rigorous testing of the vaccines in trials functioned as the control.) The biggest boost by far was in the private-benefit group; as the journal article about the research noted, even though vaccine-resistant people often cite concerns about safety and side effects, in practice the this-is-safe message did only slightly better than the control.

The Civis researchers found much the same thing. “We have tested that kind of framing in the past. With wearing a mask, for instance, we found that personal benefit was far more effective to talk about than protection of others,” says Crystal Son, director of health care analytics at Civis. “When we tested messages talking about the importance of mask use, one of them was: ‘Wear it for grandma.’ That one was zero percent effective, and had a high probability of negative backlash.”

Son’s team found more subtle effects in their most recent vaccine research. In similar Civis research a year ago, telling people that Covid vaccines might keep children from getting sick didn’t seem to change anyone’s mind; now, with most kids back in school and vaccine approval for kids looking more imminent, it did.

But in trial after trial, the only reliable way to convince vaccine-resistant folks to get vaccinated is to tell them it’ll benefit them personally.

So I’m a schmuck, basically. Since the beginning of the pandemic, I’ve been writing about how disasters actually make people work together, and how cooperation is the only way out of all this. In just about every story I wrote about vaccines once they became available, I’d add some boilerplate about how they were safe and effective, and that while vaccines would keep each of us safer, the best reason to get them was that they helped each of us protect us all. What a waste of pixels.

Here’s the weird part: People resisted entreaties, messages, even prizes. But when the hard-assed mandates started to slam down—get vaccinated or lose your job—the volume of complaints didn’t change, but the volume of vaccinations did. They worked. Lots of those people who said they’d never, nope, nuh-uh get vaccinated? Poll numbers showed percentages of “never” in the teens and “only if you make me” in the single digits. After mandates, those conditions flipped—it turns out the “nevers” were the much smaller group.

So what happened? Was there a different, successful message somehow embedded in the mandates? (Beyond, you know, “Do it.”) Or were the never-gonnas … lying?

To an armchair statistician, the numbers suggest it’s the second thing. Faced with the possibility of losing their jobs, the holdouts did not hold out. At United Airlines, just about 300 out of 67,000 US employees lost their jobs rather than get vaccinated. Of 26,500 people working for UCHealth in Colorado, just 100 said no. In California, where a mandate applies to all health care workers, 97 percent of Kaiser Permanente’s 216,000 employees got it; the company suspended 2,000 who didn’t. San Francisco has 35,000 city employees; just about 2,000 remain unvaccinated. Of New York City’s 150,000 public school employees, 99 percent of principals, 96 percent of teachers, and 94 percent of staff got it. New York state has more than 650,000 hospital and nursing home workers, and by the time the mandate there went into effect, 92 percent had gotten at least one dose—up 10 points from a week before. Tyson Foods went from 50 percent of its 120,000 US employees vaccinated in early August, when it announced a mandate, to 91 percent by the end of September. A long but incomplete list of companies with mandates includes Google, Facebook, Twitter, Goldman Sachs, Walgreens, Disney, and Morgan Stanley. Conde Nast, WIRED’s parent company, has one too.