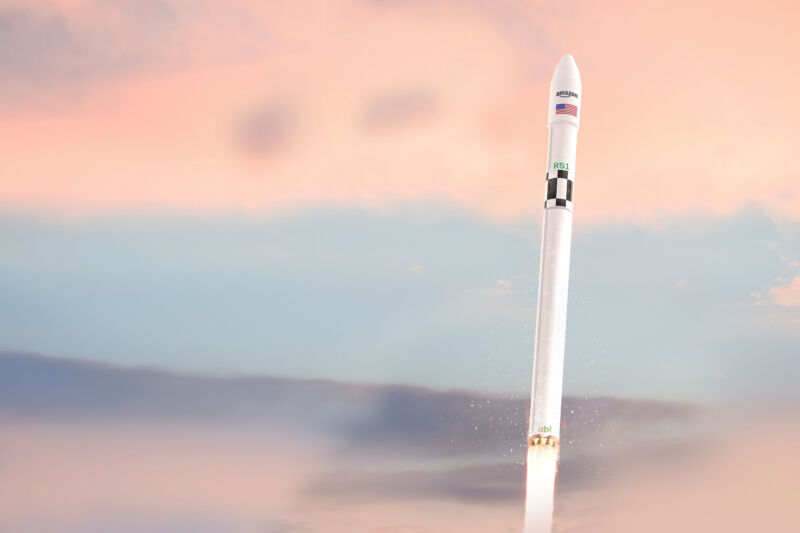 Enlarge / Illustration of an ABL RS1 rocket that will carry Amazon broadband satellites.

“This morning, we filed an experimental license application with the Federal Communications Commission (FCC) to launch, deploy, and operate two prototype satellites for Project Kuiper,” Amazon said in a blog post. “These satellites—KuiperSat-1 and KuiperSat-2—are an important step in the development process. They allow us to test the communications and networking technology that will be used in our final satellite design, and help us validate launch operations and mission management procedures that will be used when deploying our full constellation.”

Amazon said it will launch the satellites from Cape Canaveral Space Force Station in Florida on ABL Space Systems’ RS1 rocket, as part of a multilaunch deal the companies announced today. Amazon’s prototype satellites will operate at an altitude of 590 km.

“While operating under the experimental license, the KuiperSats will communicate with TT&C [telemetry, tracking, and control] Earth stations in South America, the Asia-Pacific region, and McCulloch, Texas, as well as with customer terminal units and a single gateway Earth station located in McCulloch, Texas,” Amazon told the FCC.

Amazon previously said it doesn’t expect to launch any satellites until 2023 at the earliest. The expected Q4 2022 launch of prototype satellites doesn’t change that timeline for production satellites, which might not be launched until a year or more after the test versions.

SpaceX launched two test satellites for Starlink in February 2018 and its first batch of 60 production satellites in May 2019. The Starlink public beta began in October 2020, and the service just exited beta within the past few days.

In its FCC filing, Amazon said it “is designing and testing the Kuiper System in an all-new, 219,000-square-foot facility in Redmond, Washington,” and “adding another 20,000-square-foot facility to provide additional capacity.” Amazon said it has over 750 employees working on Kuiper, up from 500 or so a few months ago, and plans “to add hundreds more to the team in the coming year.” 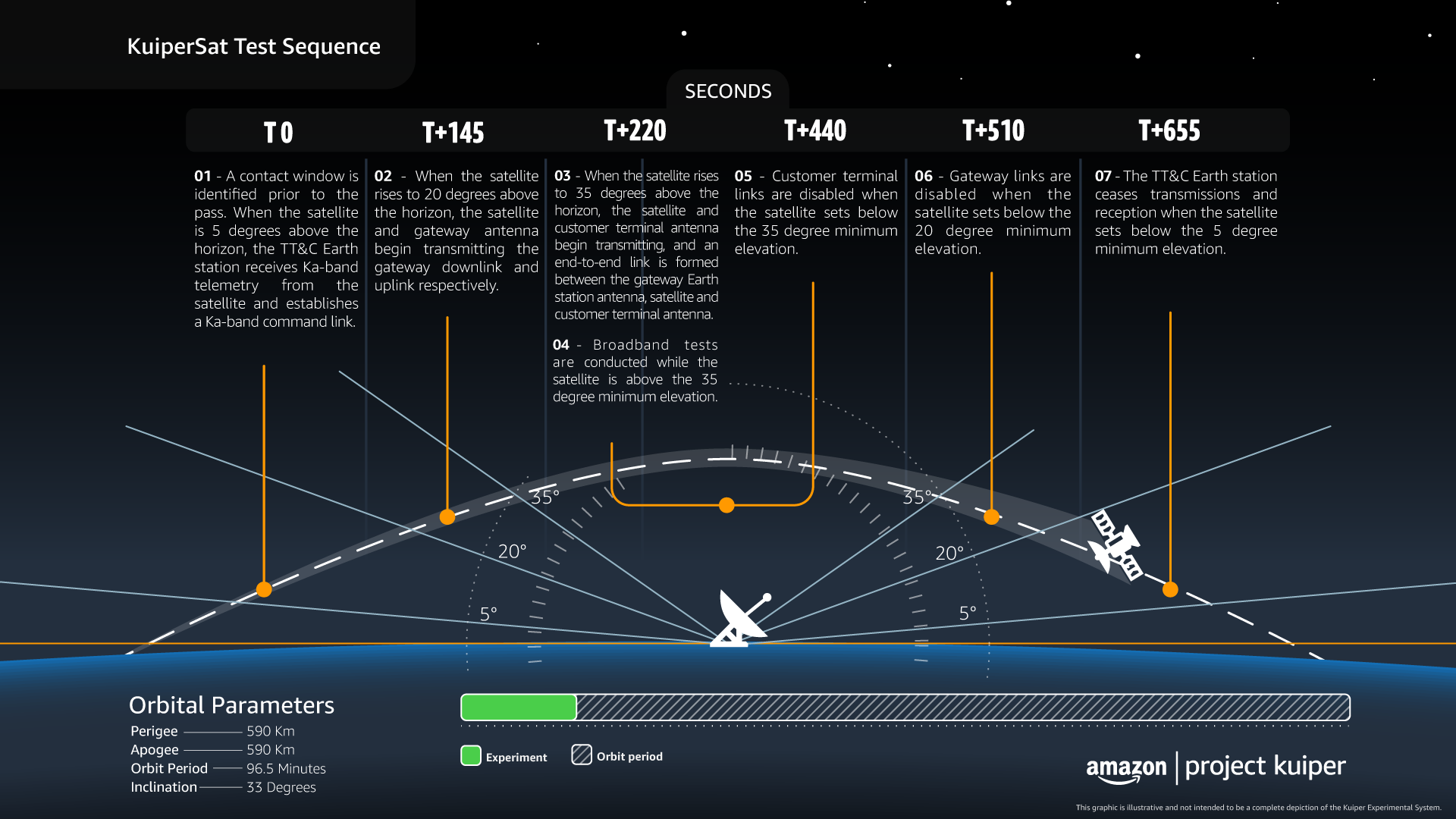 Amazon explains the test sequence for its prototype satellites.

After launching the two planned prototype satellites, Amazon said it will collect “performance, diagnostic, and telemetry data from satellite bus and payload components” and “collect data from its ground station antennas, including customer terminals and gateway and TT&C Earth stations.”

Here are a few details from Amazon’s FCC filing on how the satellites will communicate with user terminals:

“All of the systems are testing well in simulated and lab settings, and we’ll soon be ready to see how they perform in space. There is no substitute for on-orbit testing, and we expect to learn a lot given the complexity and risk of operating in such a challenging environment,” Project Kuiper VP of Technology Rajeev Badyal said in Amazon’s announcement today.

ABL to be long-term launch partner

While Amazon doesn’t have its own rockets like SpaceX does, Amazon said it is “impressed by ABL’s unique capabilities” and expects “a long-term relationship” with its newly announced launch partner. (Amazon could eventually use rockets from Jeff Bezos’ Blue Origin company.)

“With a one-ton-plus payload capacity, RS1 delivers the right capacity and cost-efficiency to support our mission profile,” Amazon said. “ABL’s RS1 and GS0 launch system are also fully containerized and mobile, providing the speed and flexibility to support these early launches. We have been working closely with the ABL team for several months and already completed two integration design reviews—including plans for a novel adapter design. We will conduct an initial fit check early next year.”