The Next Big Thing for RNA? Fixing Moldy Food 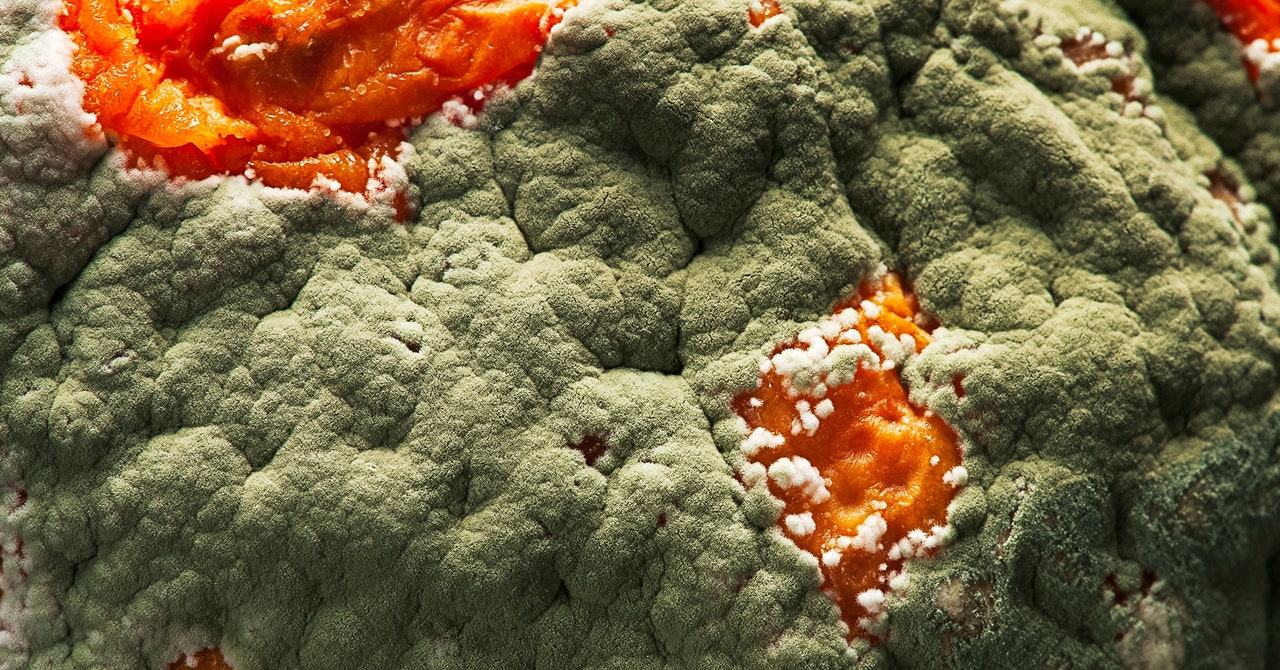 Of all the fungi out there, Botrytis cinerea is the one that keeps farmers up at night. The scuzzy fungus has a voracious appetite. It’ll happily munch through hundreds of plant species—although soft fruits like grapes are its favorite—covering everything it feasts on with a velvety layer of mold. If you’ve ever left a tub of strawberries in the refrigerator a little too long and returned to find them looking a sort of gray-green, there’s a good chance that one of the ever-present spores of Botrytis floating through the air decided to make its forever home in your dessert.

A spoiled dessert is a pain, sure, but for the food industry Botrytis poses a major problem. That single species of fungus is responsible for at least $10 billion in damage to crops each year. Some estimates put the figure as high as $100 billion. It’s so troublesome that a survey of plant pathologists ranked it as the second most important plant fungal pathogen, in what can only be described as their industry’s equivalent of TIME magazine’s “Most Influential People” list. (The top spot went to Magnaporthe oryzae: a fungus that devastates rice fields all over the world.)

“It’s the big one,” says Mark Singleton, head of plant and animal health at GreenLight Biosciences, a Massachusetts-based biotech startup working on a new generation of sprays to defend against Botrytis and other pests that bedevil farmers. The downsides of existing fungicides and pesticides are well-known: Residue from the sprays can build up in the environment and damage non-target organisms, while their overuse can lead to pests and weeds evolving resistance. Singleton is working on a way around these problems. And his starting point is RNA: a molecule similar to DNA that is one of the fundamental building blocks of life.

This new generation of pesticides is based on a cellular trick that dates back more than a billion years, at least as far as the last common ancestor of animals, plants, fungi, and protists. At some point—we’re not exactly sure when—cells evolved the ability to chop up and destroy genetic material from invading pathogens, like viruses. When a cell detects the presence of double-stranded RNA (dsRNA)—a stretch of genetic code that viruses use to duplicate themselves—it hacks this dsRNA up into tiny pieces. These chunks of dsRNA are like teeny-tiny wanted posters. Molecules in the cell pick them up and use them to hunt down any matching stretches of messenger RNA (mRNA)—the molecules cells use to turn genetic instructions into proteins. If the molecular bad guys get chopped up before they can start being made into proteins, the cell will have headed off a successful invasion.

The discovery of this process—called RNA interference (RNAi)—earned two scientists the 2006 Nobel Prize in Physiology or Medicine. It also sparked a race to develop new tools based on it. Scientists soon realized that if you could introduce dsRNA into a pesky pathogen—a particularly irritating fungus, for example—you could instruct that pathogen’s cells to destroy its own mRNA and stop it from making crucial proteins. In essence, they could switch off genes within pathogens at will. “We’re just going in there and looking at the orchestra of genes and proteins out there and we’re silencing the violins. That’s all we’re doing,” says Michael Helmstetter, chair of RNAissance Ag, another startup vying to bring RNA crop sprays to the market.

A handful of RNA sprays are already in the works. RNAissance Ag is working on a spray that targets the diamondback moth, which has an insatiable appetite for cabbages and has already evolved some resistance to common pesticides. GreenLight Biosciences has an RNA spray targeting the Colorado potato beetle that’s currently being evaluated by the Environmental Protection Agency. The company is expecting a decision on that spray by the middle of 2022. It’s also working on a spray for Botrytis, as well as one that combats the Varroa mite, a widespread pest that infects honey bees. After initial laboratory trials, GreenLight is now field testing its Botrytis spray on grapes in California and strawberries in Italy. Singleton says they’re looking to find out how long the spray sticks to plants and how it compares to chemical fungicides.

RNA crop sprays could have some major advantages over the current toolbox of chemical-based pesticides. Microbes break down RNA in the soil within a couple of days, which lessens the problem of environmental buildup. And because RNA sprays would target genes specific to individual species, there is—at least theoretically—a much lower chance that other organisms would get caught in the crossfire. Even two very similar species have enough genetic differences that it’s possible to make RNA sprays that target one bug while leaving the other one alone, says Clauvis N. T. Taning, a postdoctoral researcher who studies RNAi pesticides at Ghent University in Belgium.