A grim milestone: I maxed out the number of spammy addresses Gmail can block 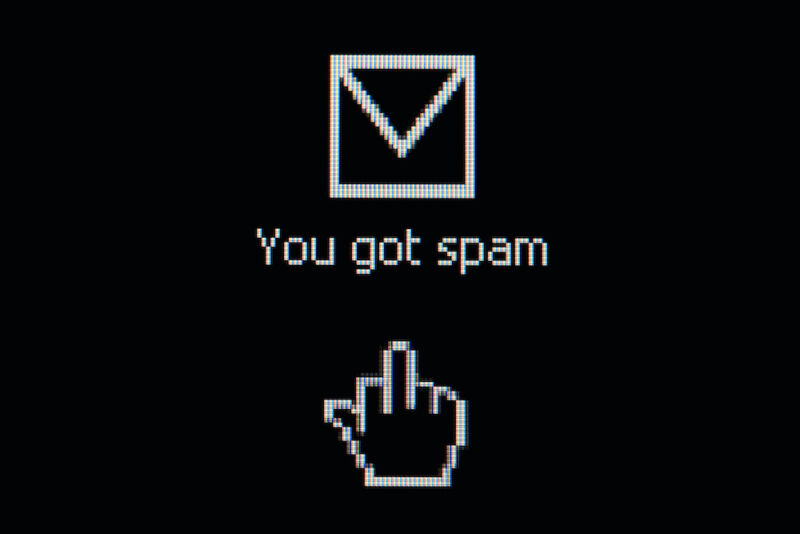 A few months ago, my G Suite-enabled Gmail account reached a grim milestone: with no warning, the “block [email address]” feature—available from the menu with the three vertical dots in the upper left of the Gmail screen—stopped working because I had maxed out the total number of addresses Google allows to be blocked.

For years, I’ve used the feature liberally to block emails from PR ​​people who send off-topic pitches or scammers who try to phish my passwords or infect my devices. With a single click, any future emails sent by those nuisance addresses automatically landed in my spam folder.

Blocked but not blocked

At some point, the block address feature stopped working. When I use the feature now to block an address, I see a message telling me that all future emails from the address will go to my spam folder. Which is exactly what I want. But that’s not what happens. Emails from those addresses continue to go right into my inbox.

Google provides no easy way to know about this. Here’s what I see immediately after I try to block an address:

And yet, I continue to receive emails from the same address. And when I open the email, sure enough, it’s clear the address is NOT blocked.

I asked Google PR about this and got a response that Gmail accounts are limited to just 1,000 blocked addresses. A spokesperson said Google is considering raising the limit, but if it does, it will “take some time” for it to happen.

offered one workaround. It’s not very user-friendly, and I’m still not sure if it fully works for me, but it seems promising. The idea is to copy all 1,000 email addresses I have blocked and paste them into a filter rule that deletes all messages from those senders.

What this means is that he created a script and ran it inside his browser console as he was viewing his blocklist in the Gmail settings menu. To find the blocklist, click the three vertical dots in the main Gmail window, choose “manage inbox settings,” and select the “filters and blocked addresses” tab. Then, hit the F12 key on a computer keyboard, choose the console tab, and paste the script. 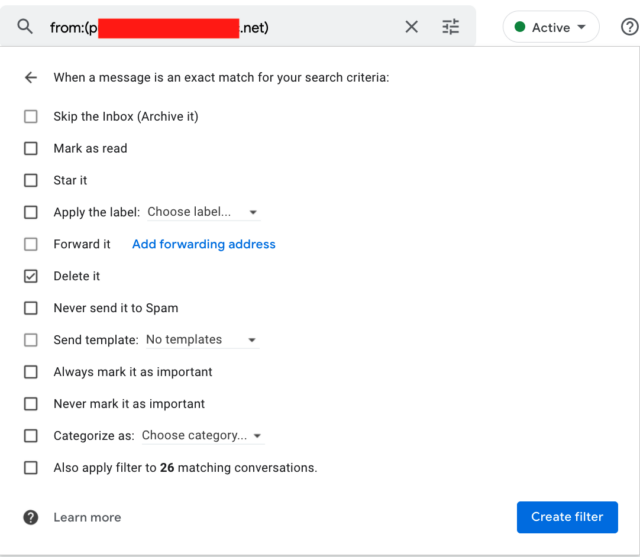 In theory, this single rule should block all emails sent from these addresses, and that should allow me to delete the 1,000 blocked addresses so I can once again add fresh addresses to the blocklist. In practice, Gmail tends to choke when fed all 1,000 addresses at once.

When I broke up the list into smaller chunks, I got inconsistent results. Some emails were deleted and others weren’t. I wasn’t able to find a pattern for those that worked or didn’t work. Besides choking on large lists of addresses, another problem is that in my tests, new filters can take as long as an hour to begin working, but I don’t think that’s the only reason for the difficulty.

The bigger point is that Gmail users shouldn’t have to jump through hoops like these to keep their inboxes free of spam and malicious emails. There’s no limit to the badness the Internet can dish out, so there shouldn’t be a limit on remedies for this badness, either. Gmail, please throw me a life raft soon. Without the block capability, I’m drowning.