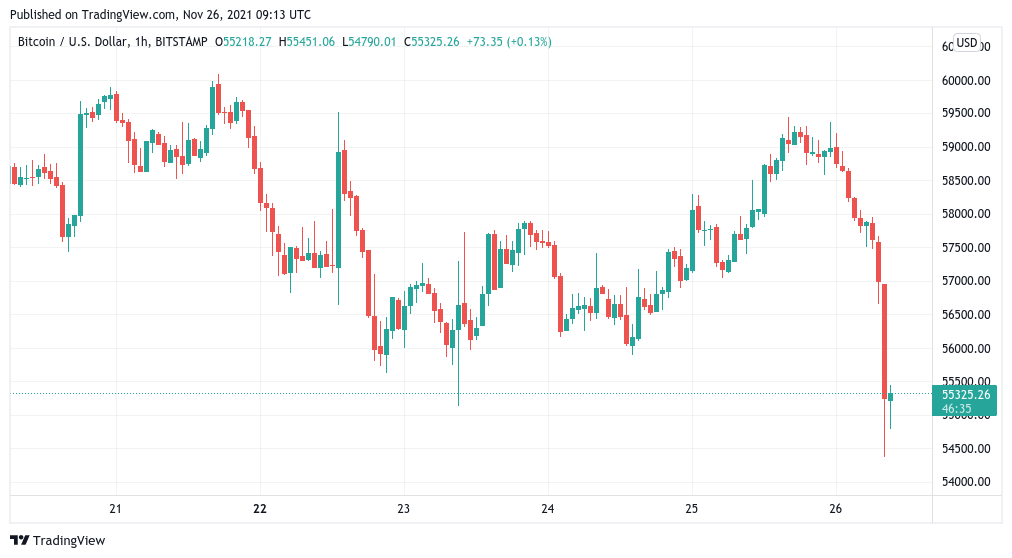 Data from Cointelegraph Markets Pro and TradingView followed BTC/USD as it headed toward $54,000 at the time of writing amid intense volatility.

Hours later, Bitcoin was back at its lowest since mid-October, and firmly vindicating those who assumed that the current break from bullish upside was not yet over.

“Not quite there but hopefully soon,” analyst Willy Woo said about one indicator hinting at an incoming — but not immediate — return to form.

Anyone too enthusiastically betting on corrective moves being over was feeling the pain Friday, however, as 24-hour cross-crypto liquidations passed $630 million.

Yet not everyone was surprised or even fazed by the events. Cointelegraph contributor Michaël van de Poppe called current price action “beautiful.”

“Many pumps on markets are getting retraced fully,” he added in Twitter comments ahead of a fresh market update.

Altcoins did not respond well to Bitcoin’s fall, with many major tokens outperforming BTC against the United States dollar in terms of losses.

Related: Bitcoin bulls have a lot to be thankful for despite BTC ‘probably’ not hitting $98K in 5 days

Van de Poppe advised traders not to “chase the pump” on altcoins, as markets showed that repeating volatility remains a key characteristic in the short term.

While traditionally inversely correlated, Bitcoin looked like more of a copycat as DXY targeted 96 for support. 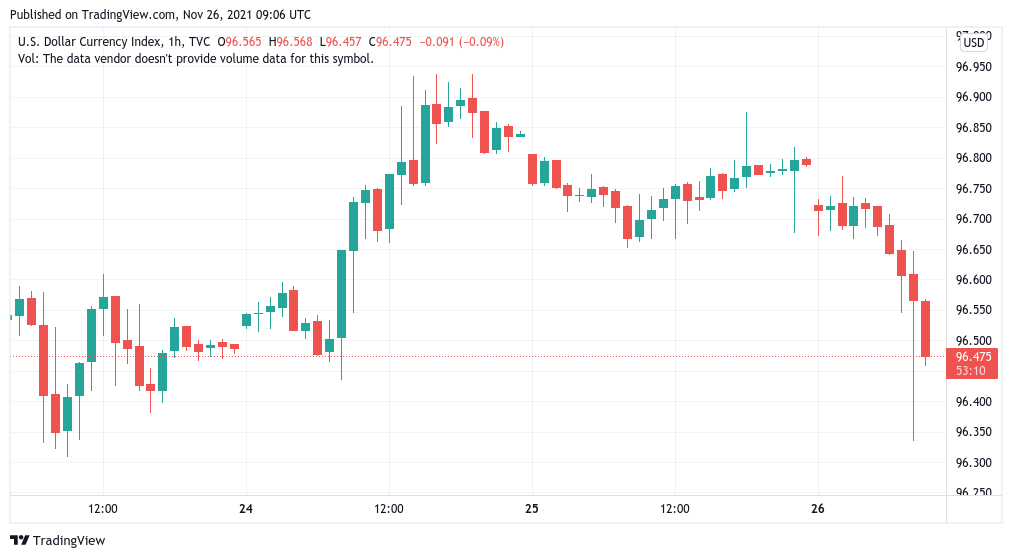