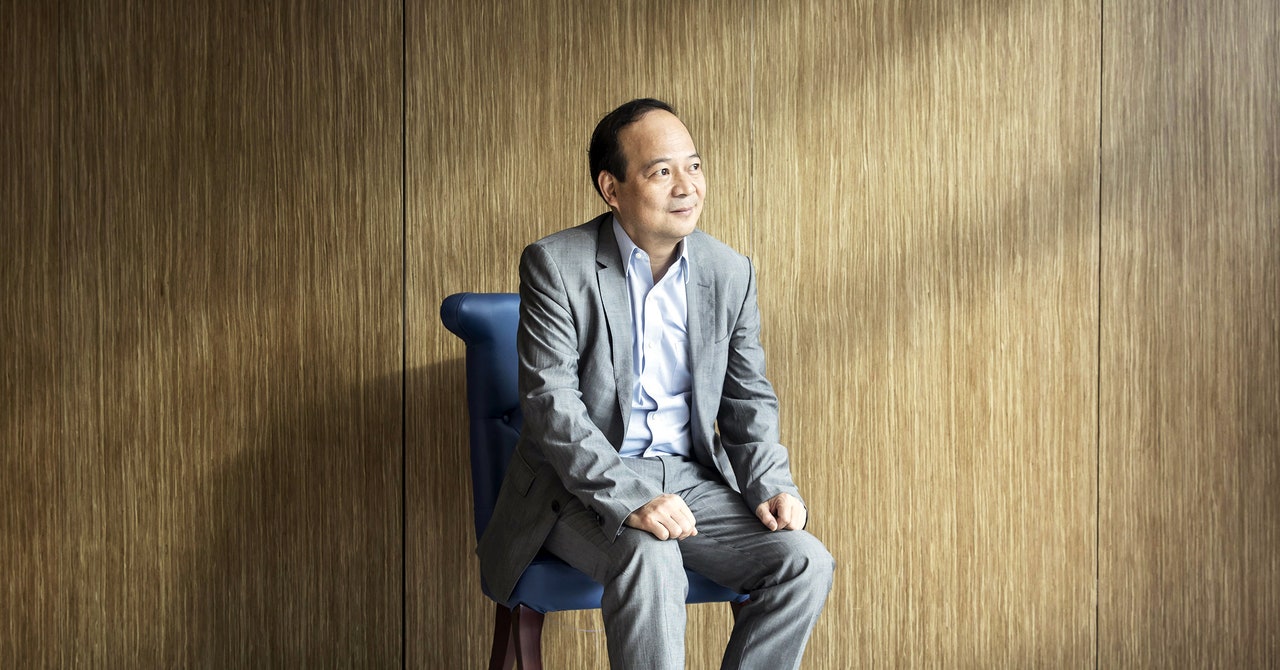 The headquarters of battery giant CATL tower over the coastal Chinese city of Ningde. To the untrained eye, the building resembles a huge slide rising out of the urban sprawl. It is, in fact, a giant monument to the company’s raison d’être: the lithium-ion battery pack.

You may have never heard of CATL, but you’ve definitely heard of the brands that rely on its batteries. The company supplies more than 30 percent of the world’s EV batteries and counts Tesla, Kia and BMW amongst its clients. Its founder and chairman, 54-year-old Zeng Yuqun, also known as Robin Zeng, has rapidly emerged as the industry’s kingmaker. Insiders describe Zeng as savvy, direct, and even abrasive. Under his leadership, CATL’s valuation has ballooned to 1.2 trillion Chinese yuan ($179 billion), more than General Motors and Ford combined. Part of that fortune is built on owning stakes in mining projects in China, the Democratic Republic of Congo, and Indonesia, giving CATL a tighter grip on an already strained global battery supply chain.

Such scale gives CATL huge influence—and allows the company to be picky with its contracts and push the rising prices of raw materials onto its clients. “They’re pretty much dictating the terms,” says Mark Greeven, professor of innovation and strategy at IMD Business School in Lausanne, Switzerland. CATL pushes clients for long-term, five-year deals. and it’s reluctant to customize its batteries for different carmakers, he adds.

So far, these decisions have helped make Zeng rich—very rich. He ranks 29th on Forbes’ 2022 list of the world’s wealthiest people. On Bloomberg’s 2021 list of the world’s top green billionaires, he is second only to Tesla CEO Elon Musk. Musk might make more headlines, but Zeng holds almost as much power.

But Zeng is not Musk. He dodges the limelight and rarely gives interviews. Insiders point out that Zeng is operating in an environment where notoriety could hinder, not help, his business. “In the West, the personality-cult style of leadership is something that’s valued, encouraged, and celebrated. In China, it’s dangerous,” says Bill Russo, former head of carmaker Chrysler’s northeast Asia business in Beijing who now runs the Shanghai-based advisory firm Automobility. “You can’t be bigger than Beijing.” Carmakers are also becoming wary of how much power CATL has as they search elsewhere for batteries to power their vehicles.

This content can also be viewed on the site it originates from.

Zeng’s arrival on the EV battery scene can be traced back to 2010—and a meeting with Herbert Diess, who was purchasing manager for BMW at the time. Diess, who is now CEO of Volkswagen, had embarked on an international mission to persuade companies making mobile phone batteries to pivot to electric cars. He tried European companies, including Germany’s Bosch. But he also approached Zeng, who at the time was running a subsidiary of the Japanese electronics company TDK. Retelling the story in an internal meeting in May 2022, Diess described Zeng’s initial reaction as dismissive—it was, Zeng said, impossible for him to build such big batteries.

But, so the story goes, Diess’ plea for batteries stuck. In 2011, Zeng led a group of Chinese investors to acquire a 85 percent stake in TDK’s EV battery business, which they called CATL. BMW was its first key account. “Diess brought our company into the car battery business,” Zeng told Handelsblatt in 2020. “I am grateful to him for that.”

Diess might have inspired CATL to enter the EV market, but over the years Zeng earned a reputation as a founder who could master batteries as well as business. When he bought a US patent for mobile phone batteries in the early 2000s, he worked to improve the battery design himself, according to Lei Xing, former editor of Beijing-based media outlet China Auto Review. When BMW agreed to use CATL as its battery supplier, it was Zeng who read the 800 pages of requirements line by line, according to Yunfei Feng, a research associate at IMD Business School.