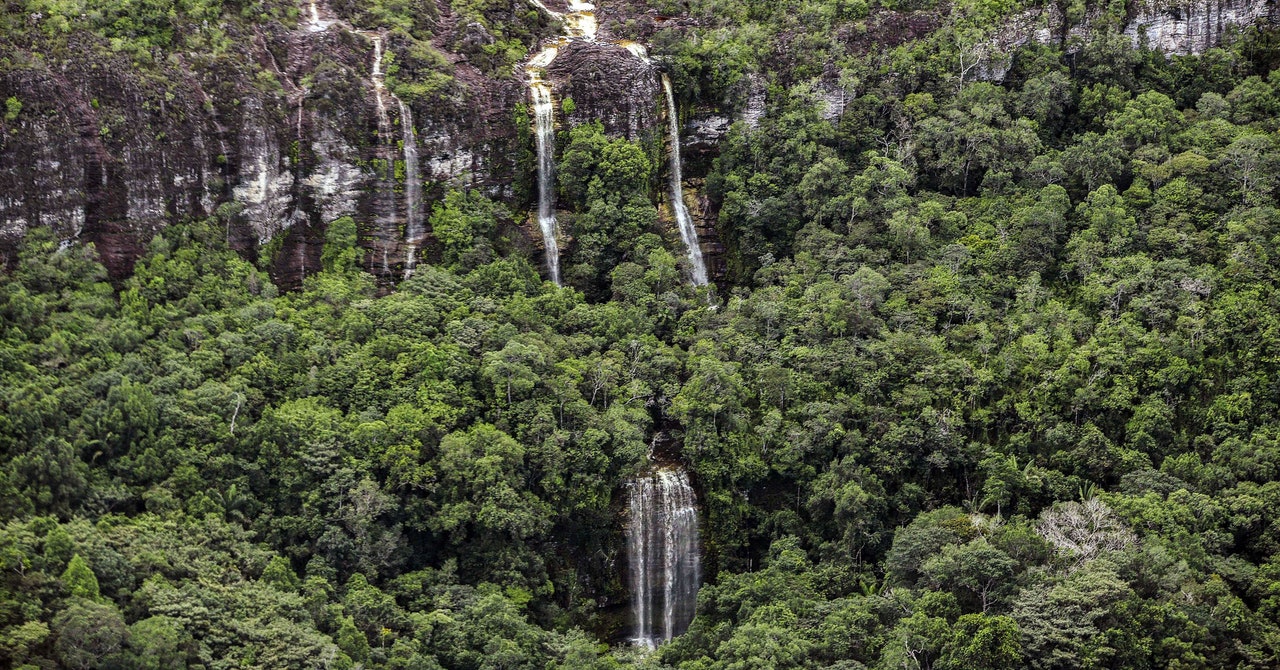 Colombia’s rainforest looked very different 66 million years ago. At present, the humid and biodiverse ecosystem is jam-packed with plants and is covered in a thick, light-blocking canopy of leaves and branches. Notably, there are no dinosaurs. But prior to the dinosaurs going away with the Chicxulub impact, signaling the end of the Cretaceous period, things looked very different. The area’s plant coverage was relatively sparse, and a bevy of conifers called it home.

Using the fossilized remains of plants, a team of researchers studied the past of the rainforest and how the asteroid gave rise to the rainforests of today. The study, published in Science on April 1, was led by scientists at the Smithsonian Tropical Research Institute (STRI) in Panama and supported by scientists at the Negaunee Institute for Plant Conservation Science and Action at the Chicago Botanic Garden.

“Forests disappeared because of the ecological catastrophe… and then, the returning vegetation was mostly dominated by flowering plants,” said Mónica Carvalho, first author and joint postdoctoral fellow at STRI and at the Universidad del Rosario in Colombia, in an interview with Ars.

The research began 20 years ago, with parts of the team collecting and analyzing 6,000 leaf and 50,000 pollen fossils from Colombia. Looking at these fossils allowed the team to get a sense of the types of plants present both before and after the asteroid struck the planet. This sequence represents the region’s biodiversity between 72 million and 58 million years ago, covering both before and after the impact. “It took us a long time to gather enough data that we could have a clear picture of what was going on during the extinction,” Carvalho told Ars.

While the study deals with Colombian fossils, Carvalho said the researchers can get a fair idea of what happened in rainforests elsewhere in Central and South America, though the effects of the asteroid’s impact are somewhat variable from region to region. “It’s a little bit variable. We still don’t know why some places were affected more than others,” she said.

After the asteroid hit the Earth, nearly half of the plant species in Colombia perished—the pollen fossils for those species stopped appearing past that point. The rainforest began to be taken over by ferns and flowering plants that, while present pre-impact, were less common than they are today. The coniferous trees, by comparison, effectively died out.

Beyond the presence of conifers, the rainforests of the past were likely much sparser than their modern counterparts. Current rainforests have thick canopies, and the plants within them are spaced closely together, meaning more plants are transpiring water into the atmosphere. This leads to higher levels of humidity and cloud coverage. According to Carvalho, the relative lack of humidity in earlier forests means that the regions were likely much less productive than they are today.

But the lower-productivity forest remained in place until the asteroid hit. “It was only after the impact that we see the forests change their structure,” she said.

The researchers have some hypotheses about how this change occurred. The first is that the demise of the dinosaurs caused the forests to grow more dense—there could have been fewer animals consuming the plants or stomping through the brush, allowing foliage to grow relatively unchecked. The second idea is that, shortly after the asteroid collided with the planet, there was a selective extinction of conifers in the tropics—they could have simply fared less well than their flowering peers post-impact.

The third is that the aftermath of the catastrophe could have fertilized the soil. Tsunami events that occurred after the impact could have carried debris and sediment from carbon-rich, shallow marine areas nearby. Burning wildfires could have sent ash into the atmosphere, and when it finally settled on the ground, it could have acted as a kind of fertilizer. Flowering plants tend to grow better than conifers in high-nutrient soils, Carvalho said. She also noted that all of these hypotheses, or any two of them, could simultaneously be true.