Only the hardiest organisms can thrive in one of the coldest springs on earth. That’s why in the summers of 2017 and 2019, Lyle Whyte took a helicopter to Lost Hammer Spring in the unpopulated High Arctic region of Nunavut, Canada. Snow, ice, salt tufa, rocks, and permafrost surround the unassuming spring, which is nestled among nearly barren, treeless mountains on the island of Axel Heiberg, a few hundred miles from the North Pole. He had traveled to this out-of-this-world place to study the microbes that live in its salty, icy, low-oxygen water in hopes of learning about what life might have been like if it ever emerged in similar spots—on Mars.

In a new paper in The International Society for Microbial Ecology Journal, Whyte and his colleagues write that the microorganisms that live a few inches down in the spring’s sediment can indeed survive the harsh environment. Most Earth species depend either directly or indirectly on solar energy. But these microbes can survive on a chemical energy source: They eat and breathe inorganic compounds like methane and hydrogen sulfide, which makes the area smell like rotten eggs, even from a distance. (The research team’s pilot calls the site the “stinky springs.”) “You have these rock-eating bugs, essentially, that are eating simple inorganic molecules, and they’re doing this under very Mars-like conditions, in this frozen world,” says Whyte, an astrobiologist at McGill University in Montreal, Canada.

The search for extraterrestrial life has often focused on the Red Planet. Scientists believe that more than 3 billion years ago, Mars was warmer and wetter than it is today, and had a more protective atmosphere. While the planet is almost completely inhospitable to life now, researchers envision past Martian microbes eking out a life—or even flourishing—at the frigid, mucky bottom of some pond. Scientists have been sending rovers to trundle along the surface to hunt for evidence of such long-extinct alien microorganisms, and a drone copter to scout the path ahead. But it’s expensive—and difficult—to send a sampling expedition to Mars. Canada is a heck of a lot closer, and it’s not a bad proxy.

The Lost Hammer Spring has a number of unique attributes that mimic parts of the Martian landscape, Whyte says. First, there’s the subzero temperature (about -5 Celsius), as well as the extreme saltiness of the water—25 percent salinity, about 10 times as salty as seawater. (The salt keeps the water liquid, preventing it from freezing over.) Mars has been found to have salt deposits here and there, some of which might have been in brines eons ago, which perhaps would have been the last habitable spots on the planet. The water at Lost Hammer is nearly devoid of oxygen, at less than 1 part per million, which is uncommon on Earth but not on other worlds. Any creature holding out there counts as an “extremophile,” because it survives in bleak conditions on the fringe of where life can exist at all. 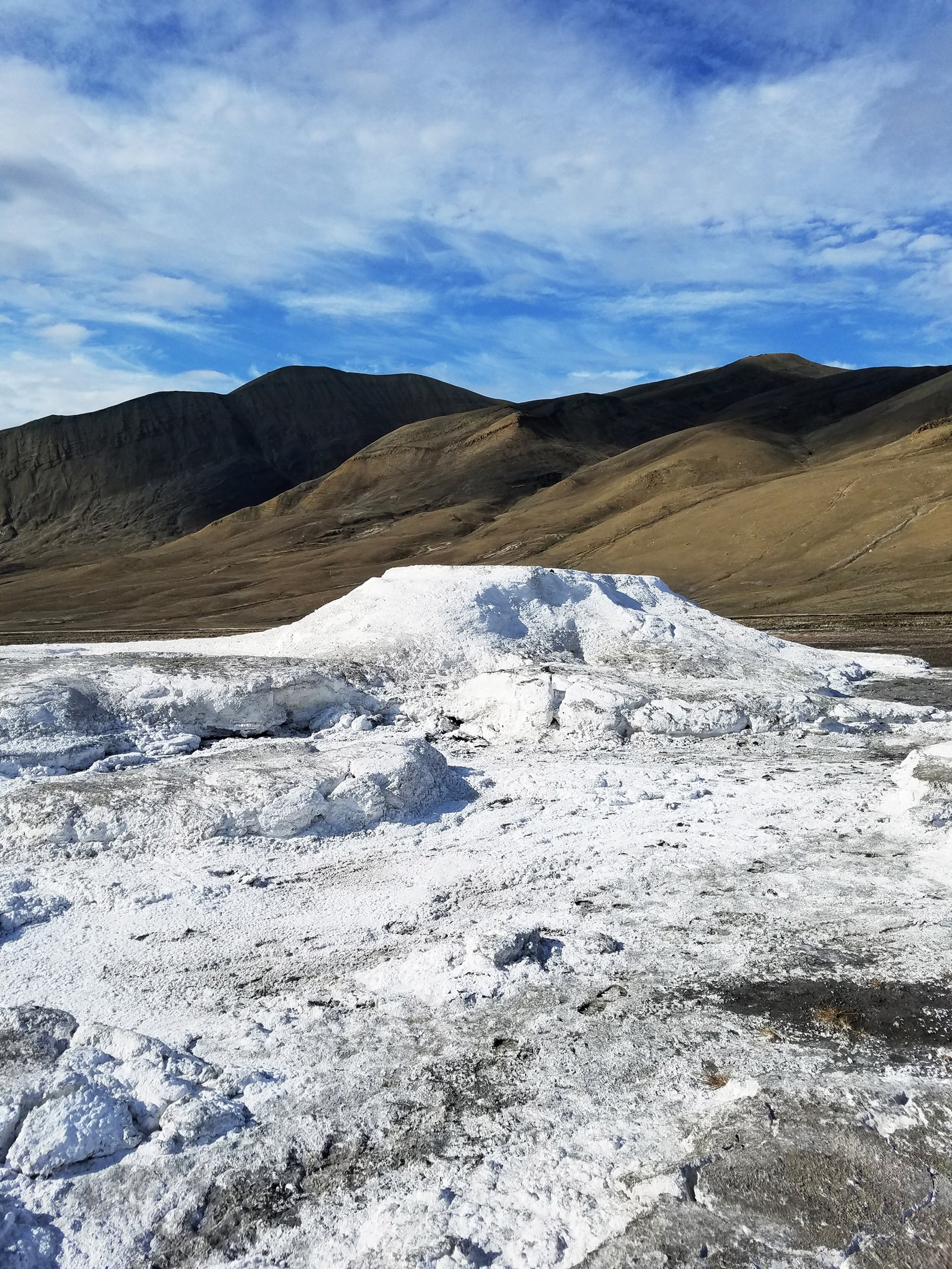 On each of their trips to the remote Canadian region, Whyte and his colleagues scooped up samples of the briny mud, each just a few grams. Back at their lab, they used machines to isolate microbial cells and sequence their genomes and RNA to figure out what the microbes use for energy and how they tolerate the conditions in the spring. That could aid astronomers’ efforts to figure out where and how microbes might be sustained on Mars or other worlds.