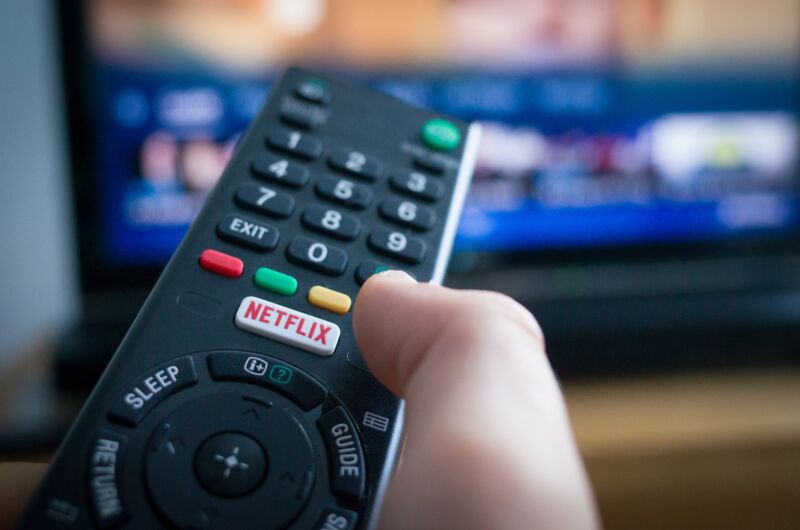 Netflix yesterday reported a loss of 970,000 paid streaming subscribers in its Q2 earnings after having lost 200,000 customers in the first quarter of 2022. The company’s worldwide paid memberships decreased from 221.64 million to 220.67 million in Q2, and revenue growth has slowed dramatically.

It’s the first time in Netflix’s history that the company reported consecutive quarters of subscriber losses, The Wall Street Journal wrote. But the result was better than forecasted, as Netflix had told investors to expect a second-quarter loss of 2 million subscribers.

Netflix co-CEO Reed Hastings said in a call with analysts yesterday that “losing 1 million and calling it a success” is “tough,” but he added that Netflix is “set up very well for the next year,” according to a Seeking Alpha transcript. The newest season of Stranger Things apparently helped prevent larger subscriber losses.

Netflix’s latest forecast is that it will add 1 million paid subscribers in Q3, bringing the total up to 221.67 million. Paid subscribers hit a peak of 221.84 million in Q4 2021 after 15 years of consistent growth following the company’s transition from DVDs to online streaming.

The earnings report came one day after Netflix unveiled an “extra home” fee rolling out in Argentina, the Dominican Republic, El Salvador, Guatemala, and Honduras. Netflix was already testing an “extra member” fee in other countries. In a letter to shareholders, Netflix said it aims to complete a broader rollout of sharing fees next year:

We’re in the early stages of working to monetize the 100m+ households that are currently enjoying, but not directly paying for, Netflix. We know this will be a change for our members. As such, we have launched two different approaches in Latin America to learn more. Our goal is to find an easy-to-use paid sharing offering that we believe works for our members and our business that we can roll out in 2023. We’re encouraged by our early learnings and ability to convert consumers to paid sharing in Latin America.

Netflix also provided an update on its plan for an ad-supported tier. “We recently announced Microsoft as our technology and sales partner, and we’re targeting to launch this tier around the early part of 2023,” Netflix said. The company previously told employees that it is planning to roll out the ad-supported tier by the end of 2022.

Netflix says it will continue offering ad-free plans and that the ad-supported tier will be cheaper than the ad-free options. Netflix said the plans for account-sharing fees and ads are key parts of its strategy to improve revenue growth:

In the near term, a key priority to re-accelerate revenue growth is to evolve and improve our monetization. In the early days of streaming, we kept our pricing very simple with just one plan level. In 2014, we introduced three price tiers to better segment demand. Going forward, we will focus on better monetizing usage through both continued optimization of our pricing and tiering structures as well as the addition of a new, lower-priced ad-supported tier.

Netflix said it hopes to create an advertisement model “that’s more seamless and relevant for consumers” than the model used with linear TV and that the new system will be “more effective for our advertising partners.”

“While it will take some time to grow our member base for the ad tier and the associated ad revenues, over the long run, we think advertising can enable substantial incremental membership (through lower prices) and profit growth (through ad revenues),” Netflix said.

Net income was $1.44 billion in Q2 2022 and is projected to be $961 million in Q3. Saying it needs to “better monetize our big audience,” Netflix told shareholders that it is “in a position of strength given our $30 billion-plus in revenue, $6 billion in operating profit last year, growing free cash flow, and a strong balance sheet.”