This Low-Cost Test for Hearing Loss Lives on a Smartphone 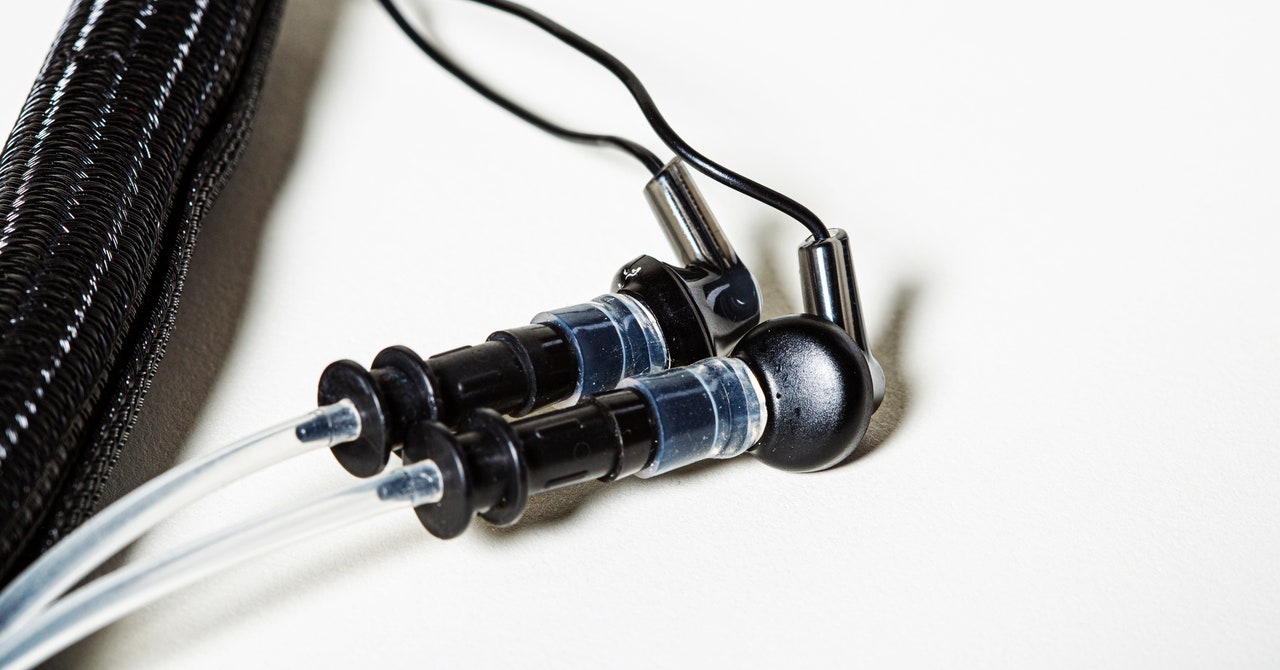 Inside the snug confines of the human ear lies a bony structure, curly and shaped like a seashell. This structure, called the cochlea, contains little hairy cells that vibrate when sounds pass through. These slight vibrations emerge as faint sounds—hard to detect, but still traceable—and they are different in healthy ears compared to those with hearing loss.

Detecting these faint sounds, known as otoacoustic emissions, could be the key to screening for hearing loss among children in low-resource countries, where audiology equipment can be hard to come by. Traditional devices can cost thousands of dollars. Now, in Nature Biomedical Engineering, a team at the University of Washington writes that they have developed a test sensitive enough to detect hearing loss that relies only on a conventional smartphone, earbuds, and microphone.

Measuring otoacoustic emissions is a boon for testing very young patients because it requires no behavioral response. “If you’re an adult, you can go to the doctor, the doctor can play different frequencies in your ear and ask you to raise your hand if you can hear the sound,” says Gollakota. “You can’t do that with a newborn baby.”

And screening in newborns is critical. Without early identification, children can be put at an “enormous developmental disadvantage,” wrote Carolyn Jenks, a pediatric otolaryngologist at Johns Hopkins University, in an email. While testing right after birth is standard in the United States, it is often unavailable in economically developing nations or rural areas with few resources.

Excluding the smartphone, the team estimates that the rest of their setup costs about $10: $5 for the earbuds, about $2 for the microphone, and the rest for tubing and sealing materials. By using off-the-shelf products, Gollakota says,“We’re leveraging the exponential pace of innovation in computing and mobile devices that has happened in the last 20 years.”

The team tested their homebrew setup’s sensitivity and accuracy on 201 people who ranged from one week to 20 years old at Seattle Children’s Hospital and the Center on Human Development and Disability at the University of Washington. The scientists recruited the patients by simply asking those who came for regular appointments—many of whom had hearing loss of different types—if they would be interested in joining the study.

To conduct the test, the scientists would insert the earbuds, seal them snugly, and send a pair of sound tones into the ear. If the ear’s hair cells are healthy, “the cochlea will respond in an automatic and involuntary way—producing another tone at another independent frequency,” says Justin Chan, one of the study’s coauthors.

These response emissions are picked up by the external microphone that passes the tones to a phone app the scientists designed, which uses signal processing algorithms to measure the emissions. The app checks four frequencies commonly used for hearing tests. Each one indicates that at that particular frequency, the hair cells are vibrating properly, and the cochlea is passing back the correct sound.