How the Biden administration is approaching crypto regulations 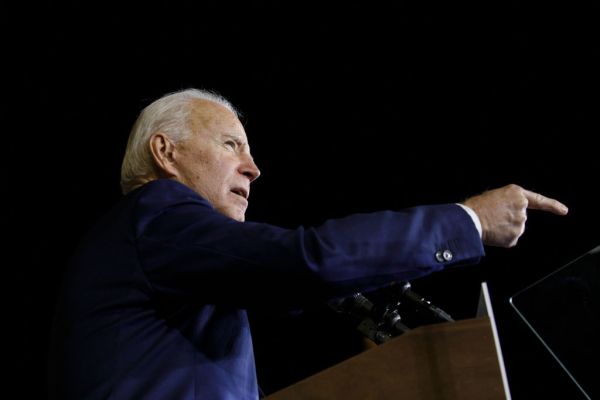 Leigh Cuen is a reporter in New York City. Her work has been published by Vice, Business Insider, Newsweek, Teen Vogue, Al Jazeera English, The Jerusalem Post, and many others. Follow her on Instagram at @leighcuen.
More posts by this contributor

It’s hard to imagine a worse scenario than the one left behind by former Treasury Secretary Steven Mnuchin.

The draconian regulatory proposals were Mnuchin’s own personal vendetta, according to Bitcoin veterans like Square Crypto developer Matt Corallo and Coin Center director Jerry Brito, and it’s too soon to say whether incoming Treasury Secretary Janet Yellen will approve the proposed know-your-customer standards or reject them.

Given the chaos created by the Trump administration, bitcoin fans are anxiously optimistic about how regulators will approach the cryptocurrency space during President Joe Biden’s administration.

“Mnuchin at the very end had an alarmist view about the illicit use of cryptocurrency that wasn’t shared by law enforcement and intelligence agencies. It doesn’t seem that Janet Yellen has that same view,” Brito said. “Her view seems to be very standard.”

Namely, Yellen believes there are both positive and negative ways to use cryptocurrency. She’s expressed a desire to strengthen regulations that prevent illicit usage like terror financing. She may set the tone for government bodies like the Office of the Comptroller of the Currency (OCC), the Securities and Exchange Commission (SEC) and the Commodity Futures Trading Commission (CFTC).

“The SEC, OCC and CFTC are choosing people that are very crypto knowledgeable,” Brito added. “That could tell you they are getting deep knowledge to regulate it heavily or, more likely, it’s now seen as an important part of the economy and finance.”

Although it’s still early in the transition, it appears the Biden administration will nominate former Ripple advisor and former U.S. Treasury Department official Michael Barr to head the OCC. In the short term, Trump’s SEC appointee, Commissioner Hester Pierce, will continue her notoriously crypto-friendly approach to the securities market. But the Biden administration is reportedly considering former CFTC chairman Gary Gensler to soon lead the SEC.

“The new SEC Chairman Gary Gensler has been pretty outspoken with his views on Facebook’s project Libra, as well as Ripple. It’s his opinion that those are securities and should be regulated by the SEC,” said attorney Hailey Lennon, a crypto-focused partner at Anderson Kill law firm. “In the next year or two, I hope some of the litigation we are seeing and new leadership in the SEC, will result in greater clarity so that down the road there are less enforcement actions. Clarity will help companies to know what to avoid.”

Meanwhile, Reuters reported the White House is expected to nominate Georgetown University professor Chris Brummer to lead the CFTC. Brummer was previously President Obama’s pick, but never got confirmed by the Senate due to political gridlocks. It’s still unclear who will be nominated in 2021 for key roles related to curbing terror financing, such as the Office of Foreign Assets Control (OFAC) and the Financial Crimes Enforcement Network (FinCEN).

“I think we might start seeing more regulation coming from FinCEN and OFAC. There have been some settlements with crypto companies and OFAC has been adding wallet addresses to the SDN [sanctions] list,” Lennon said. “Even if we see more positive things coming from the OCC, SEC and CFTC, it will be balanced a bit with more regulations related to know-your-customer and anti-money laundering, more general supervision of the source of funds and sanctions screening.”

Sanctions are the hot topic of 2021. Throughout 2020, the Iranian government published statements indicating it intends to use cryptocurrency, including bitcoin but not limited to it, to circumnavigate banking sanctions. Emigres from Iran and other countries have used bitcoin to do exactly this.

So far, the Biden administration hasn’t offered any indication it might lift sanctions. To the contrary, on February 18, the Treasury published a statement that the payment processor BitPay was penalized for allowing users to transact with citizens in sanctions jurisdictions like Iran, Cuba and Ukraine. Regulators’ approach to cryptocurrency, which many Iranian-Americans also use both internationally and domestically, will reflect whether the White House prefers a hawkish or dovish approach to diplomacy in the Middle East.

Perianne Boring, founder of an advocacy group called the Chamber of Digital Commerce, said “the new administration and leadership have signaled a critical perspective” of the broader cryptocurrency space. As such, Boring said she hopes industry leaders will continue to engage with lawmakers to “lay the foundation for America’s leadership role” in global crypto markets.

She said American crypto startups are competing in global arenas, against startups based in nations with more progressive laws as nations strive to foster the “next Silicon Valley.” Other nations are encouraging crypto companies, especially domestic crypto mining industries. Many technologists believe it behooves American leaders to defend dollar dominance by cultivating innovation in this tech sector. After all, many of the leading stablecoins are still denominated in American dollars.

Brito said he’s especially curious to see new appointees for OFAC and FinCEN, since they’ll be Yellen’s right and left hand in her approach to sanctions and regulations. He agreed with Lennon and Boring, all of whom believe new legal norms are in the pipeline. However stringent, or pro-business, the coming verdicts may be, at least Biden has yet to rage tweet about hating bitcoin, the way Trump did.

“It’s still that period where everyone is getting their sea legs and trying to understand what their priorities are,” Brito said of the Biden administration. “Once they start either putting forth policy or reacting to the things that happen, that’s when we’ll really know where they stand.”