Having just flogged an NFT column for half a million dollars, the New York Times is now wondering if perhaps the whole scene is in a bit of a bubble?

In a March 30 article, Art’s NFT Question: Next Frontier in Trading, or a New Form of Tulip? author Scott Reyburn questioned the sustainability of the current NFT bubble in prices and drew comparisons with the Dutch “tulip mania” of the 1630s.

Tulip mania for anyone who doesn’t hodl flowers, was a bubble in the Netherlands that saw prices for a single tulip bulb rocket up to a high of 6,700 guilders in February 1637 — enough to purchase a house at the time.

The NYT suggested that perhaps history was rhyming, given the similarity between the COVID-19 adjacent NFT bubble and the bubonic plague-driven Tulip bubble:

“It should also be pointed out that febrile speculation in assets that have no physical existence has flourished during epidemics, when people spend a lot of time indoors. Tulip mania coincided with an outbreak of bubonic plague in the Netherlands that killed a fifth of Amsterdam’s population between 1635 and 1636.”

The response from financial authorities to the pandemic has, of course, also inflated asset prices across the board, so perhaps NFTs have also been a beneficiary of people having too much money and time on their hands.

The article concluded with an apt quote from 1637 Tulip mania satire, The Rise and Decline of Flora:

“It has been a madness.”

NFT marketplace SuperRare has has raised $9 million from its series A financing round.

The platform announced on March 31 that the round had been led by Velvet Sea Ventures and saw investment from popular figures such as Mark Cuban, Chamath Palihapitiya, and Ashton Kutcher. SuperRare noted:

“In just three years, the crypto art market has already grown to be a global phenomenon over $400M in size. This investment will allow SuperRare to accelerate growth, serving significantly more artists and collectors as digital collecting nears more mainstream adoption”

The platform intends to use the funding to expand “the core features of SuperRare into more scalable, social elements like chat and personalized feeds”. It also intends to improve market mechanics and auction functionality, extend “supported artwork formats further into VR and programmable media” and hopes to implement layer-two scaling.

Early adopters of the project were offered the chance to participate in the “claim your eggs contest”, which saw 125,000 users claim a tokenized egg that had a chance of being “hatched” or minted into a Polkamon NFT.

⏰ Time’s up! The #ClaimYourEgg contest has officially ended. No more eggs can be claimed.

Thank you to the more than 125,000 people who took part in this historic event. Together we’re making #NFT history!

In 2 hours we will be sharing a link to check if you’ve won. Good luck! pic.twitter.com/zrDKEgTElj

“In gas fees alone, we estimate Polkamon fans have spent more than $1 million claiming eggs for their chance to participate in our upcoming IDO on Polkastarter,” a blog post noted.

The project is now verified on OpenSea, and the highest sale at the time of writing is for a silver “Moonrock x Morningstar Babydragon” at 22 ETH, worth around $39,000.

Another OpenSea user appears confident in the project. After buying a “Polkastarter Babydragon” for 14.94 ETH, they currently have it listed for 54.99 ETH (worth roughly $100,000).

Property investor Ivan Malpica has sold a 50% share in a St Louis house that he put up for sale as an NFT on Mintable in early March. 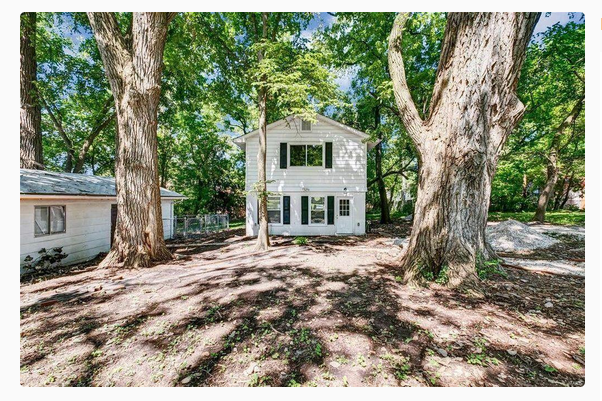 Unfortunately, he tells Cointelegraph he sold it offline to a “new partner who did not have crypto or ETH” and instead sold it for cash.

“I received a lot of interest in the first real estate NFT, but the new buyers wanted to partner traditionally,” he says. “Since there was a lot of interest I decided to create a second NFT to try again on a new property.” He has just listed a 50% share in another St Louis property as an NFT on Mintable for 29.7 ETH.

From NFL to NFT

Davis played in the NFL for 14 seasons and won the Super Bowl with the Denver Broncos in 2016. The drop consists of five open editions and a one of one which depict career highlights from Davis’ career including trophies, Super Bowl action shots, and even a tokenized “rookie season” action figure of the star.

The auction is due to close on April 4.