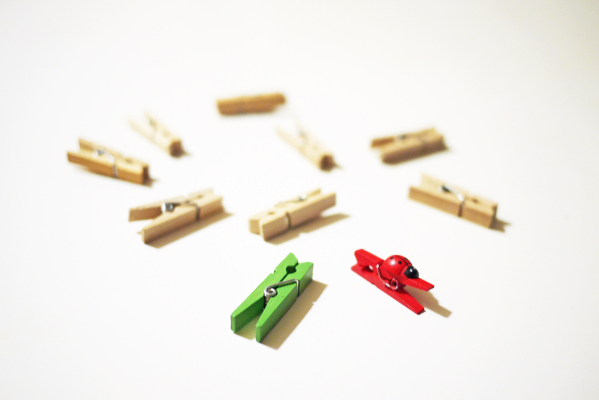 Venture capital has a diversity problem: Data show that Black and Latinx founders received just 2.6% of overall funding in 2020. Women-founded teams received nearly 30% less funding in 2020 than they did in 2019.

For decades, a close-knit community of brilliant but like-minded individuals built a system of pattern recognition. It produced high-growth companies with homogenous leadership teams. They called it meritocracy. Those of us who didn’t fit the profile were told, or were left to assume, that we didn’t have what it takes.

When a founder needs funding but investors don’t think they “have what it takes,” it can quickly become a self-fulfilling prophecy. No matter how good you are and how much product-market fit you achieve, at some point “what it takes” to scale a company is money.

Until recently, the lack of diversity in the ecosystem was largely an issue to those of us directly affected by it. It wasn’t until the groundbreaking #metoo and #BlackLivesMatter movements that the lack of funding for women and minorities became both evident — and evidently problematic — to the rest of the world.

I believe that underrepresented founders are the most undervalued asset class in the U.S. today, and investors are starting to realize that diversity is not charity — it’s economic opportunity.

Just look at the data on women-founded startups, which deliver 63% higher ROI (according to First Round Capital), generate twice as much revenue for every dollar invested (according to BCG), and take one full year less time to exit (according to PitchBook & AllRaise). Founders that have it harder, but persevere, lead to stronger companies with outsized results for their investors.

The good news is that recent events jolted many into action. A flurry of pledges, micro-funds and quick investments in support of Black founders arrived in the wake of George Floyd’s murder last summer. Overnight, these founders were heavily courted for meetings and speaking opportunities from people and firms they didn’t have access to in the past. Some secured investments and built new relationships that will help down the line. For many, the timing was off, and they didn’t benefit materially. In the end, the frenzy quieted down, and only 3% of 2020 VC deal volume went to Black-founded companies.

Ashlee Wisdom, the co-founder and CEO of digital health platform Health in Her HUE, experienced this firsthand.

“Last summer I was overwhelmed with inbounds from investors, which felt great at first,” she said. “But I was new to venture; I didn’t know how to build a strategy around fundraising, and most of those investors were looking for companies at a later stage than mine. No one I spoke to during that time seemed to be willing to invest in my pre-seed round despite our demonstrated traction. On the positive side, I met a lot of great investors who made meaningful introductions to pre-seed and early-stage funds. And some of those later-stage investors are now watching Health In Her HUE’s progress.”

It’s too soon to tell how sustainable the progress made last year will be. But we do have evidence from prior times that small, cosmetic efforts at diversity do not result in lasting change. Just take a look at what’s happened to VC funding for women recently.

In the aftermath of #metoo, investors and corporations were also spurred to act, with some success. For a while, VC investments in women-founded companies increased slowly but steadily. But once COVID hit, and investors retreated to their closest and most trusted referral networks, VC funding for women took a huge step backward. Crunchbase data show more than 800 female-founded startups globally received a total of $4.9 billion in venture funding in 2020, through mid-December, representing a 27% decrease over the same period the prior year.

The lesson is this: Efforts at the periphery of venture capital do not make a difference in the long run. The good news is many have started taking action. To achieve systemic, long-term improvements, VC firms will need to make changes to their core system, building diversity into the primary investing process itself. Results will not be visible immediately, but they will be far more sustainable and, as the data suggest, more profitable over the lifetime of these funds. Here are three specific actions VC firms can take to achieve this:

A recent PitchBook report notes that female investors are twice as likely to invest in companies with female founders and three times as likely in companies with female CEOs. And yet fewer than 10% of all VC partners are women. According to BLCK VC, more than 80% of venture firms don’t have a single Black investor on their team. That makes it less surprising that only 1 percent of venture-funded startup founders are Black.

When you hire from the same communities you want to invest in, and ensure your new hires are set up for success, you unlock dealflow, relationships, and insights into new markets and customer sets. This results in a more diverse portfolio and a stronger investment team, one that serves its entire portfolio of companies better.

2. Measure the top of your funnel

Inputs lead to outputs. VC firms should do everything they can to foster stronger relationships with underrepresented founder communities to enable more diversity at the top of the deal flow funnel.

Partner, sponsor and invest in organizations like Female Founders Alliance, SoGal Foundation, Black Women Talk Tech and more. Go out of your way to attend events, ask for introductions, schedule casual coffee meetings and meet as many founders in those networks as you can — and foster those relationships meaningfully over time. This is how you seed decades of great dealflow.

There are hundreds of new funds, many of them with less than $50 million in assets under management, with direct access to pockets of talent that you are not currently seeing. These general partners have trusting, authentic relationships with founders who might be wary of mainstream VC. If you are a larger VC fund, you should be actively investing in them. Emerging managers can act as your scouts, and, in return, you will help build the ecosystem itself.

I believe that the lack of diversity in venture capital is a once-in-a-generation opportunity for those willing to make the earliest bets. If we invest in women at the same rate that we invest in men, this could boost the global economy by up to $5 trillion. That is a huge amount of return up for grabs. A homogenous portfolio misses that opportunity.

Most investors I know are aware of the opportunity and genuinely want to do better. The more urgency they feel, the more likely they are to spin up independent initiatives to address inequities directly. While these can be helpful, they’re also not sustainable. The best way to build a sustainably diverse portfolio is to do the slow, hard work of change from the inside out.