Buy now, pay later is a way of paying for purchases via installment loans that generally have no interest. The concept has grown in popularity in recent years, especially in markets such as the United States, Europe and Australia. Numerous players abound, all fighting for market share — from Affirm to Klarna to Afterpay, among others.

But notably, none of these bigger players have yet to penetrate another very large market — Latin America. Enter Nelo, a startup founded by former Uber international growth team leads, which is building buy now, pay later in Mexico. The company is already live with more than 45 merchants and over 150,000 users.

San Francisco-based fintech-focused VC firm Homebrew led its recent seed round of $3 million, which also included participation from Susa Ventures, Crossbeam, Rogue Capital, Unpopular Ventures and others. With the latest capital infusion, Nelo has raised a total of $5.6 million since its 2019 inception.

Nelo is not the only player in the Mexican market. A number of others, including Alchemy and Addi, have recently outlined plans for buy now, pay later offerings in the region. But where Nelo has an advantage, believes CEO Kyle Miller, is its established relationships with about 45 merchants.

“What I’m excited about is the relationship with the merchants,” Miller told TechCrunch. “If we find a large global one and increase conversion for them, that is our defensibility [against competitors]. What’s important here is signing on merchants, since they usually only have one offering in their checkout.”

“We got to see a cross market where countries were accelerating and where others weren’t,” Miller recalls. “For example, China was a leader in mobile payments and digital finance in India was completely transformed.” 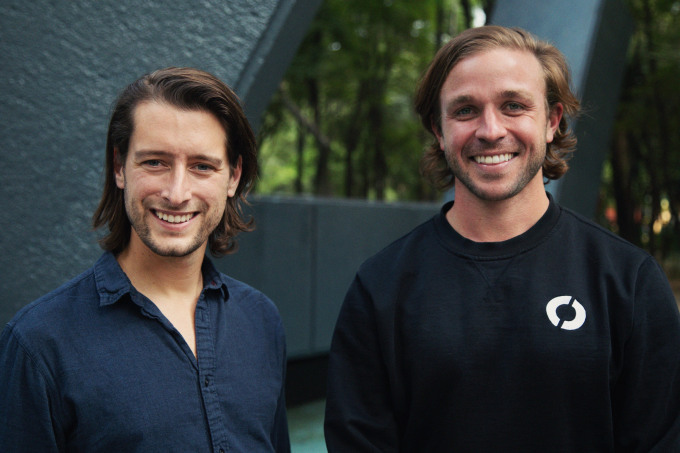 But in markets like Mexico, the percentage of cash payments for trips was very high. And to Miller and Hebson, this spelled opportunity.

Nelo launched its first product in Mexico in January 2020, similar to a debit card offering from a neobank. In the middle of the year, the company launched credit installment loans.

“It became immediately clear that it was going to be our most popular feature,” Miller said. “By the end of the year, it was the vast majority of our business and something that our users were telling their friends about. We were solving a real pain point.”

Indeed, cash remains the dominant method of payment in Mexico, with an estimated 86% of all payments being in the form of cash. According to eMarketer, the region was the fastest-growing e-commerce market in the world in 2020, with 37% year over year growth.

“Access to credit is something we take for granted in the U.S.,” Miller said. “By the end of the year, we realized this was the future of business, and we decided to focus just on credit.”

In March, Nelo launched its first product via an Android app and will be launching a web app soon.

Customers can use its offering like a credit card, connecting directly with merchants such as Netflix and Spotify. Many users are paying for things like utility bills and cell phone bills, turning them from prepaid to postpay.

With its current product, the company has lent about $2 million, and is seeing growth of about 20% month over month.

“We’re seeing massive demand for this new product in the way of organic signups,” Miller said, “for all the reasons Buy Now, Pay Later has been successful in markets like the U.S., Europe and Australia.”

Paying for installments is already common in Latin America, particularly in Brazil, so the concept is not foreign to residents in the region.

“We expected this is soon going to be a competitive market, so we’re hiring data scientists and engineers to continue improving our product, and grow,” Miller said.

Nelo has about 14 employees with an engineering team in New York.

Homebrew Partner Satya Patel says he’s excited about Nelo because he believes the startup “solves a serious problem related to the lack of credit for Mexican consumers.”

“Credit card penetration is less than 10% in Mexico and other forms of credit are effectively non-existent,” he wrote via email. “Nelo makes it possible for Mexicans to easily and inexpensively increase their purchasing power at the point of sale. And importantly, Nelo is delivering this solution online, supporting growing interest in e-commerce, and also offline, where consumers regularly shop today.”

Patel adds that what Nelo is building is valuable because he is not aware of any reliable, comprehensive consumer credit rating data set in Mexico.

“They are building underwriting models based on proprietary data and growing the merchant network at an incredible rate,” he said. “This buy now, pay later opportunity is untapped in Mexico but requires a very different approach than what has been successful in other markets.”

The Nelo team, according to Patel, understands the nuances of the market and “is executing at an exceptional pace.”