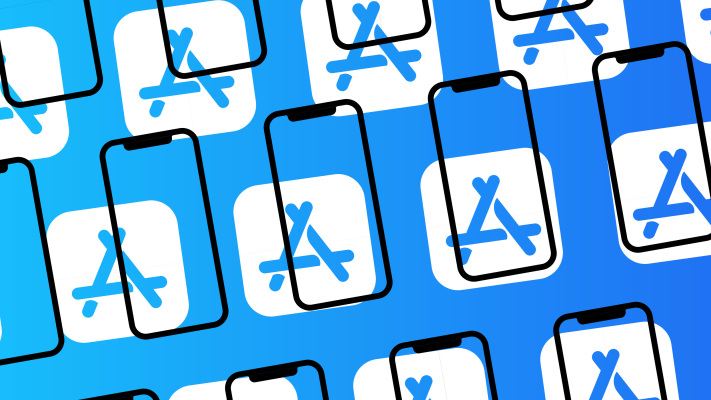 Apple was questioned on its inability to rein in subscription scammers on its App Store during yesterday’s Senate antitrust hearing. The tech giant has argued that one of the reasons it requires developers to pay App Store commissions is to help Apple fight marketplace fraud and protect consumers. But developers claim Apple is doing very little to stop obvious scams that are now raking in millions and impacting consumer trust in the overall subscription economy, as well as in their own legitimate, subscription-based businesses.

One developer in particular, Kosta Eleftheriou, has made it his mission to highlight some of the most egregious scams on the App Store. Functioning as a one-man bunco squad, Eleftheriou regularly tweets out examples of apps that are leveraging fake reviews to promote their harmful businesses.

Some of the more notable scams he’s uncovered as of late include a crypto wallet app that scammed a user out of his life savings (~$600,000) in bitcoin; a kids game that actually contained a hidden online casino; and a VPN app scamming users out of $5 million per year. And, of course, there’s the scam that lit the fire in the first place: A competitor to Eleftheriou’s own Apple Watch app that he alleges scammed users out of $2 million per year, after stealing his marketing materials, cloning his app and buying fake reviews to make the scammer’s look like the better choice.

Eleftheriou’s tweets have caught the attention of the larger app developer community, who now email him other examples of scams they’ve uncovered. Eleftheriou more recently took his crusade a step further by filing a lawsuit against Apple over the revenue he’s lost to App Store scammers.

Though Eleftheriou wasn’t name-checked in yesterday’s antitrust hearing, his work certainly was.

In a line of questioning from Georgia’s Senator Jon Ossoff, Apple’s Chief Compliance Officer Kyle Andeer was asked why Apple was not able to locate scams, given that these fraudulent apps are, as Ossoff put it, “trivially easy to identify as scams.”

He asked why do we have rely upon “open-source reporting and journalists” to find the app scams — a reference that likely, at least in part, referred to Eleftheriou’s recent activities.

Eleftheriou himself has said there’s not much to his efforts. You simply find the apps generating most revenues and then check them for suspicious user reviews and high subscription prices. When you find both, you’ve probably uncovered a scam.

Andeer demurred, responding to Ossoff’s questions by saying that Apple has invested “tens of millions, hundreds of millions of dollars” in hardening and improving the security of its App Store.

“Unfortunately, security and fraud is a cat-and-mouse game. Any retailer will tell you that. And so we’re constantly working to improve,” Andeer said. He also claimed Apple was investing in more resources and technologies to catch wrong-doers and noted that the App Store rejected thousands of apps every year for posing a risk to consumers.

The exec then warned that if Apple wasn’t the intermediary, the problem would be even worse.

” … No one is perfect, but I think what we’ve shown over and over again that we do a better job than others. I think the real risks of opening up the iPhone to sideloading or third-party app stores is that this problem will only multiply. If we look at other app stores out there, we look at other distribution platforms, it scares us.”

Ossoff pressed on, noting the sideloading questions could wait and inquired again about the scam apps.

“Apple is making a cut on those abusive billing practices, are you not?” he asked.

Andeer said he didn’t believe that was the case.

“If we find fraud — if we find a problem, we’re able to rectify that very quickly. And we do each and every day,” he said.

But to what extent Apple was profiting from the App Store scams was less clear. Ossoff wanted to know if Apple refunded “all” of its revenues derived from the scam billing practices — in other words, if every customer who ever subscribed got their money back when a scam was identified.

Andeer’s answer was a little vague, however, as it could be interpreted to mean Apple refunds customers who report the scam or file a complaint — procedures it already has in place today. Instead of saying that Apple refunds “all customers” when scams are identified, he carefully worded his response to say Apple worked to make sure “the customer” is made whole.

“Senator, that’s my understanding. There’s obviously a dedicated team here at Apple who works this each and every day. But my understanding is that we work hard to make sure the customer is in a whole position. That’s our focus at the end of the day. If we lose the trust of our customers, that’s going to hurt us,” he said.

For what it’s worth, Eleftheriou wasn’t buying it.

“Apple’s non-answers to Senator Ossoff’s great questions in yesterday’s hearing should anger all of us. They did not offer any explanation for why it’s so easy for people like me to keep finding multimillion-dollar scams that have been going on unchecked on the App Store for years. They also gave no clear answer to whether they’re responsible for fraudulent activity in their store,” he told TechCrunch.

“Apple appears to profit from these scams, instead of refunding all associated revenues back to affected users when they belatedly take some of these down. We’ve been letting Apple grade their own homework for over a decade. I urge the committee to get to the bottom of these questions, including Apple’s baffling decision years ago to remove the ability for users to flag suspicious apps on the App Store,” Eleftheriou added.