How much do you pay your ISP? Consumer Reports wants to see your bill 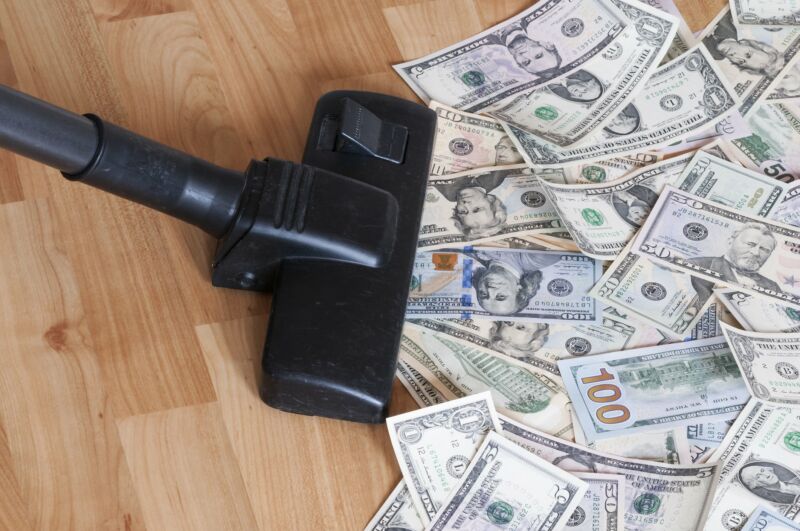 With broadband-industry lobby groups implausibly claiming that Internet providers have slashed their prices, Consumer Reports is on a mission to collect and analyze thousands of monthly Internet bills from real customers.

In an announcement today, Consumer Reports said it launched the Broadband Together initiative with 40 other groups to “analyze the cost, quality, and speeds that are being delivered to people in communities across the US and to better understand the factors that affect price and why consumers pay different rates for the same service.” At least one thing is certain before the analysis begins: the actual amount ISPs charge is a lot higher than their advertised prices because of various fees that get tacked on after customers select a plan.

Over 6,600 people have already participated. You can join at the project website, which says the process takes seven minutes. “To participate, consumers will need an Internet bill, an Internet connection so CR researchers can test their speeds, and answer a few questions about their broadband service,” Consumer Reports said. The group will analyze bills “to compare companies’ prices and service” and figure out “what consumers actually pay for broadband.”

US government data by consumer-advocacy group Free Press found that households’ average monthly expenditures on Internet service have been rising at about twice the rate of inflation each year.

The USTelecom industry lobby group purported to show that broadband prices actually dropped this year, claiming that the “price of the most popular tier of broadband service has declined by 7.5 percent” from 2020 to 2021 and that the “price for the highest-speed broadband service offering declined by 2.3 percent.” USTelecom also claimed that the most popular broadband tier’s price dropped 26.2 percent since 2015 and that the highest-speed offering’s price dropped 39.2 percent in that six-year stretch.

Free Press Research Director Derek Turner called USTelecom’s analysis “grossly misleading and inaccurate.” He added that the industry lobby group “grossly manipulates FCC data on standalone, non-promotional advertised rates, which are not the same as the price customers are actually charged” because they don’t reflect the use of bundles or the “confusing maze of promotional prices, extra fees, and ballooning post-promotional rates that people pay out of pocket every month.” Turner also wrote that major ISPs’ earnings reports show that “companies’ average residential revenues per broadband customer—the average, actual price customers are charged—[are] rising at more than twice the rate of inflation, with a sharp increase during the first quarter of 2021.”

As we reported, USTelecom compared what it called the “fastest speed tier in 2015” to a supposedly comparable tier in 2021, but neither plan measured was even close to being the fastest tier in either year. USTelecom compared the price of 141Mbps download speeds in 2015 to the price of 248Mbps download speeds in 2021, but gigabit download speeds have been available over fiber since before 2015, and Comcast started delivering gigabit downloads over cable in 2016. Average Internet speeds have also increased much faster than in the speed tiers examined by USTelecom, demonstrating that the industry group wasn’t making an apples-to-apples comparison.

NCTA, which represents the top cable providers, has meanwhile been arguing that prices have dropped 98 percent since 2000. But that’s only when measuring the “price per megabit” and ignoring that the actual price consumers pay each month has soared.

An executive order from President Joe Biden on Friday urged the Federal Communications Commission to crack down on hidden fees, pointing out that actual prices broadband customers pay are generally much higher than the prices ISPs advertise. In response, USTelecom CEO Jonathan Spalter wrote a blog post titled “Context and Facts Matter: A Response to the White House Executive Order Fact Sheet.” In that post, Spalter claimed that the price of broadband dropped this year “at all price points,” even though USTelecom’s research only examined the price of two speed tiers. (Correction: After this story published, USTelecom pointed out to us that it has also now published a report on entry-level broadband prices, so the group’s research has expanded beyond the two speed tiers described in its earlier findings.)

based on where they live. People get stuck with slow speeds and poor quality of service because of a lack of competition in their community. Some consumers spend more money for less service thanks to confusing pricing, and too many people simply cannot get online because there is no service where they live, or they cannot afford it.”