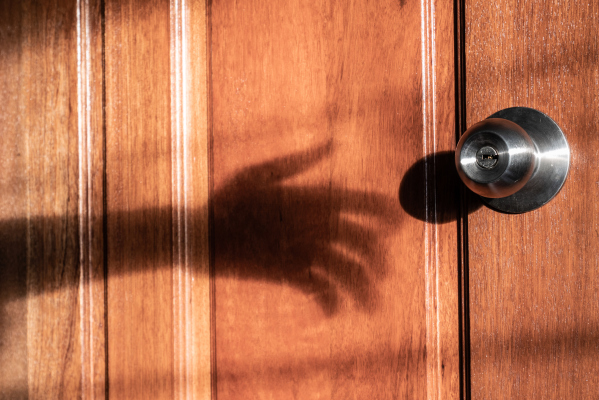 Wilkin Sanchez is the founder of the Rhode Island Group for Hispanic Technology (RIGHT).

When I first came to the United States from the Dominican Republic, nobody wanted to hire me for a job in tech.

Rather than recognize the skills I possessed, employers could only see my still-developing English and my lack of a college degree. They failed to take into account my years of experience working with technology and electronics because the route I had taken was too unfamiliar.

It’s a situation all too common for the more than 70 million workers in the U.S. who are skilled through alternative routes (STAR) — especially for the 13.5 million Hispanic STAR workers like me out there today. If the employers who are struggling to fill open tech roles want to overcome the growing “skills gap,” then it’s a situation that must change.

When I arrived in the U.S., I applied to countless IT jobs, from customer service to computer repair. Every company rejected me before they even gave me the chance to show what I could do. Had employers taken the time to talk to me, they would have learned I started fixing my neighbors’ phones and computers at the age of 12, and that I had already sailed through a series of computer classes on networking, basic coding, cybersecurity, scripting and computer repairs.

About 31 million workers — including millions of Hispanic workers — possess skills that qualify them for higher-paying roles they are never considered for.

Even as I continued to learn English and mastered coding and cybersecurity concepts, companies failed to recognize what I could bring to the table. My background was too unfamiliar to make it past most employment filters that relied on degree requirements. I was often screened out of the hiring process before showcasing my talents, and I faced the biases of hiring managers who weren’t used to candidates like me. I could only get cleaning jobs or work at factories and fast food restaurants — places where I felt all my skills were going to waste.

I ended up getting lucky, and thanks to mentoring and hiring support through a follow-on to President Obama’s TechHire Initiative, doors began to open. After years of struggling, I could finally get my foot in the door, meet hiring managers and showcase my skills. I am now working as a cybersecurity associate, but my career could have begun much earlier.

Sadly, this story is a familiar one for far too many STAR workers, especially Hispanic people. Many of them aren’t as lucky as I am.

The statistics are sobering. About 31 million workers — including millions of Hispanic workers — possess skills that qualify them for higher-paying roles they are never considered for. Recent research shows, for instance, that there are 114,000 Hispanic workers employed as food and hospitality service managers, who have the skills to transition to similarly skilled jobs as community and social services managers, where wages are nearly 50% higher.

Hispanic STAR workers are also less likely to transition to higher-wage jobs than their white counterparts, and even when they are able to make such a transition, they are compensated less for their skills.

Employers must begin building more promising pathways that are accessible to all workers. The need for this shift has only grown over the last year as the COVID-19 pandemic disproportionately impacted Hispanic and Latino communities. Hispanic or Latino workers accounted for nearly one-quarter of the pandemic’s initial job losses. Even as the economy continues to slowly recover, the unemployment rate for those workers sits at 8.6%, compared with 5.7% for white workers. The fallout has been especially pronounced among Hispanic and Latina women. In December, they accounted for 45% of all job losses.

All this is happening while employers say they are struggling to find workers to fill open positions, even as millions remain unemployed and job postings have begun to return to pre-pandemic levels. The narrative around skills gaps continue to be perpetuated by employers, and they may have worsened during the COVID-19 crisis. These gaps are expected to cost the U.S. economy $1.2 trillion over the following decade, but most of these gaps aren’t actually real. They’re just the consequence of employers ignoring workers who learned their skills through alternative routes.

By rethinking hiring barriers like degree requirements, employers can more easily find job-ready talent and improve diversity at the same time. Such shifts can lead to even more systemic change down the road.

My success doesn’t end with me, as there is a multiplier effect to hiring STAR workers. Now that I have a strong foothold in the industry, I am able to help other members of my community. I formed an organization called Rhode Island Group for Hispanic Technology (RIGHT) to provide training in basic computing, coding, cybersecurity and digital literacy — all in Spanish.

If America is going to build back better, employers need to seek out and hire more workers who are skilled through alternate routes. They must begin to look beyond the traditional signals of employability and expand their understanding of what makes a good employee. Those who fail to do so will continue to miss out on the more than 13 million talented Hispanic STAR workers like me.