The Lost Tale of an 18th-Century Tsunami, as Told by Trees 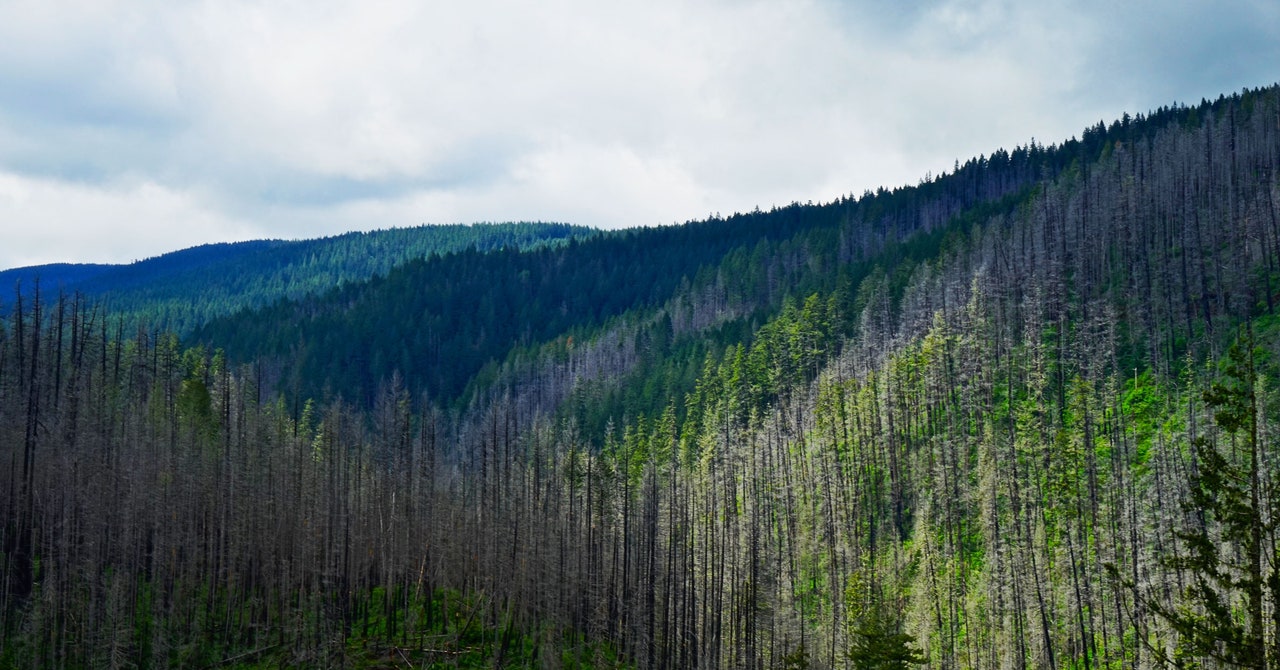 And trees don’t forget. In the 1990s, researchers identified a “ghost forest” of dead cedars near the Washington coast; tree-ring dating confirmed that they’d indeed died in 1700. But Black and Dziak sought out trees that experienced the tsunami—and survived. The rings of those trees could contain evidence of the stress caused by living through an enormous flood.

Finding them wasn’t easy. “It takes a little bit of sleuthing to find some old growth forests that are close enough to the coastline,” Dziak says, “and there’s good reason.” Large, accessible trees near the coastline were like gold for loggers who colonized the area in the centuries after the quake. Fires have taken down others. Still, the team found trees that seemed to fit the bill: Old-growth Douglas firs congregating in a stand within Mike Miller State Park, nearly one mile from shore in South Beach, Oregon.

If you had been standing beside the then-young firs in 1700, you would likely have felt the ground rumble. Minutes later, the water would have rolled in. It wouldn’t have been a biblical wall of water, but rather “like a rapid influx of high tide,” says Dziak. (Here’s a video of Japan’s 2011 tsunami for reference.) His model suggests velocities between two and 10 meters per second in this park, and depths reaching up to 10 meters. Nearby sand dunes tell Dziak that the tsunami would have probably drained quickly; a nearby pond tells him the water may have brined the roots for longer. In either case, that rush of seawater would be enough to cause some damage to trees unaccustomed to such salt.

To find proof that the trees had coped with tsunami-related damage, Black extracted cylindrical cores from trees at the site, ultimately identifying seven that were old enough to have been around during the quake. He sanded the cores, each one about as wide as a pencil, revealing the concentric patterns left by annual growth. An unusually productive year appears as a wide space between tree rings; a bad year appears narrow. Black juxtaposed each core with the rest to make sure each tree’s calendar year aligned with its neighbors who, over the past three centuries, had experienced the same climate. “It’s kind of like working a puzzle,” says Black. And it revealed a clear trend: Trees in the flood zone predicted by the model all had weak growth during 1700.

Now he and Dziak are eager to test the chemical differences in each tree ring, which could irrefutably ascribe the slowdown to seawater. Will Struble, a geomorphologist from the University of Arizona who was not involved in the work, agrees with the team’s caution. (Struble and Black have worked together, but he was not involved in this study.) Having chemical evidence will be important to prove the theory that the saltwater—not earthquake shaking or changes in climate—stymied the Mike Miller stand in 1700.

Still, Struble stresses how valuable such evidence is to support simulations of tsunami inundation, since on-the-ground data from 1700 is so hard to come by. “To actually be able to go in the field and use a dataset like tree rings to ground truth these models is really where I think the novelty lies,” says Struble.

Pockets of other old-growth trees along streams in Oregon and Washington would have been inundated, too. If the chemical analysis pans out, this tool could map out the extent of the 1700 tsunami far beyond just the Mike Miller stand.

Figuring out which of the trees survived saltwater stress might be valuable, too, suggests Pearl: “Are older trees more likely to perish?” Younger trees have more shallow roots, so they depend more on precipitation than groundwater. They may also rebound faster, or even thrive later on if the taller sun-blocking canopy dies off. “And not only future tsunamis, but also sea-level rise—what species might be the most resilient in the face of saltwater?” she asks.