Could the Moon Actually Crash Toward Earth?

With a push in the opposite direction, the angular momentum decreases. This means that the overall rotation rate gets smaller. The moon doesn’t totally stop orbiting, but it is now orbiting slowly enough that it acts more like a rock falling toward Earth and almost hits it.

(Yes, in the illustration it looks like they collide—but remember that I made Earth and the moon bigger than they should be so that you could see them. In reality, it would be more of a near miss.)

The best way to make Earth and the moon crash would be to just completely freeze its orbit, or in physics terms, to decrease the velocity of the moon to zero (with respect to Earth). Once the moon stops orbiting, it would just fall right into the planet, because the gravitational force from Earth will pull on it and cause it to increase in speed as it heads toward the planet. This is essentially the same as dropping a rock on Earth, except that it’s so much bigger that you could make a movie about it.

To accomplish this, you would either need a bigger “mysterious” force or a push for a longer time. (If there are any aliens out there reading this, please don’t use this as a blueprint for destroying Earth.)

Could the Moon Pull Away Earth’s Oceans?

But a crash isn’t the only way the moon could demolish us. At one point in the trailer, it looks like the moon is so close that its gravitational force pulls the ocean away from the planet’s surface. Could that really happen?

Let’s start with the simplest case, where the moon and Earth are stationary and almost touching. It would look like this: 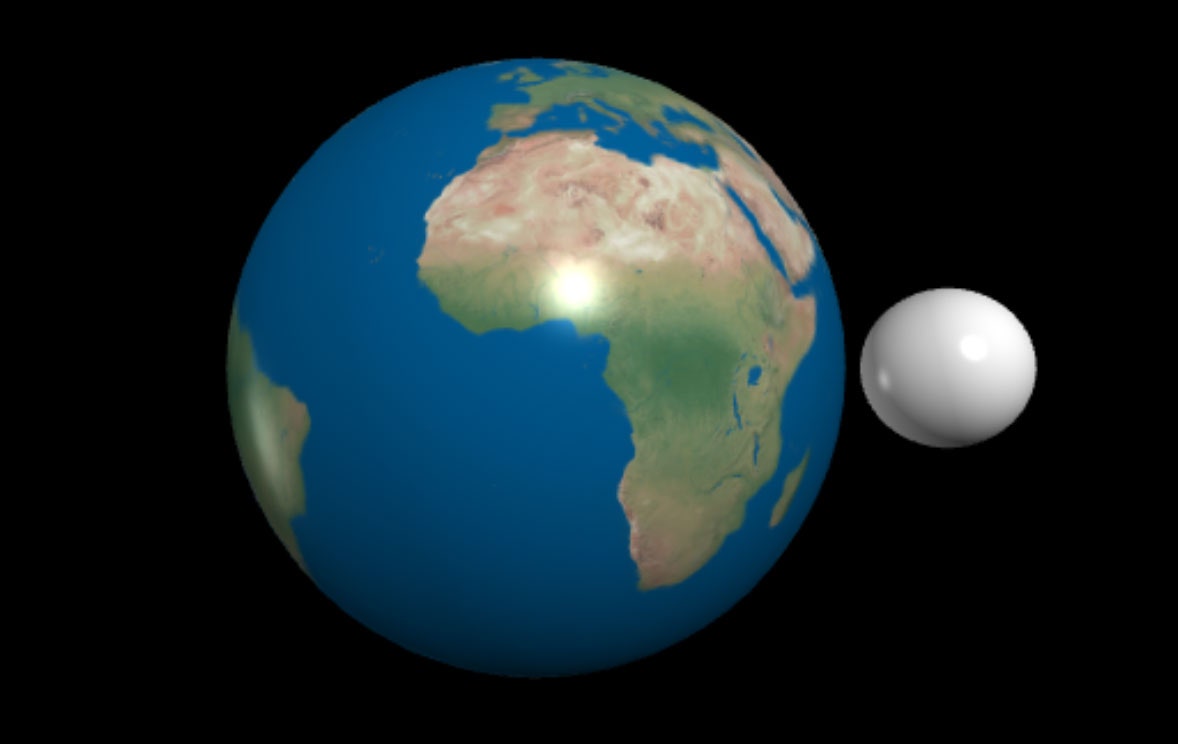 Now suppose I put a 1 kilogram ball of water on the planet’s surface. Since that water has mass, it has a gravitational interaction with Earth, pulling the water toward the center of Earth. But there is also a gravitational force from the moon pulling in the opposite direction. Which force would be larger?

We can calculate both using the same universal gravitational force for the orbit of the moon. For the interaction with Earth, we will use the mass of Earth and the mass of the water. (I picked 1 kg to make it simpler.) The distance (r) will be from the center of Earth to the surface—that’s just the radius of Earth. For the interaction with the moon, I will use the moon’s mass and the radius of the moon (plus a little extra since they aren’t quite touching).