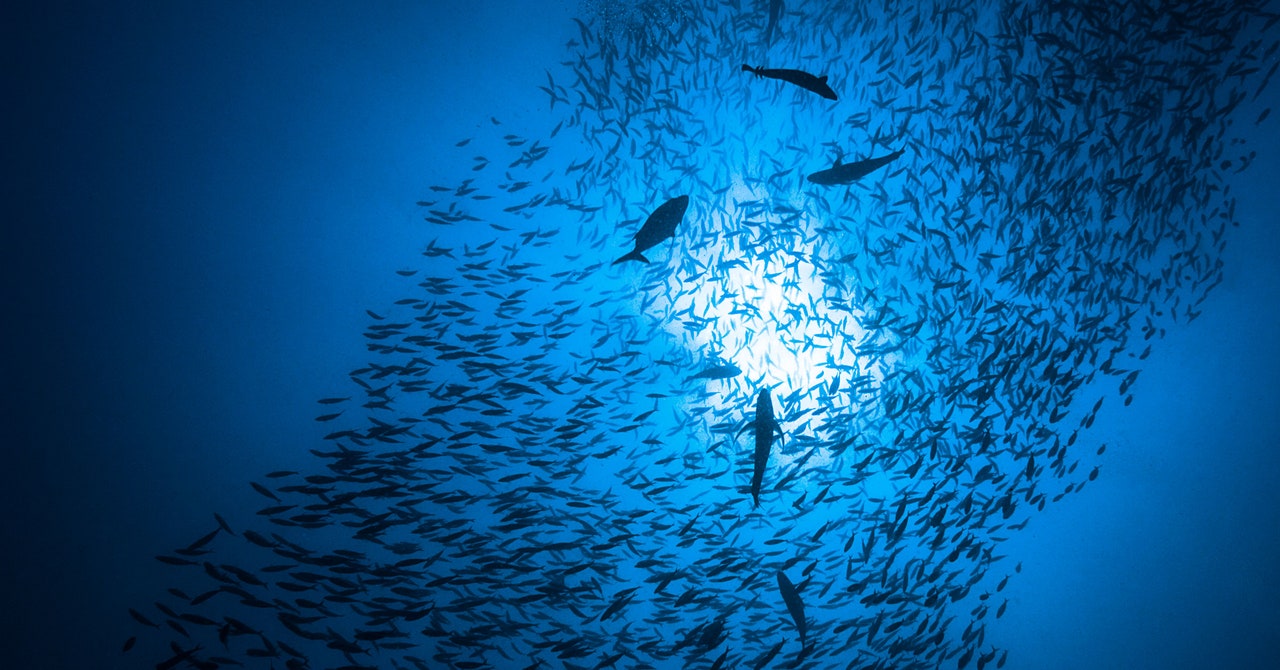 When Deutsch and Penn ran their models to find out how species would respond in the very high- and low-emissions scenarios, they found two dramatically different visions of the planet’s future. In the very high-emissions scenario, the projected mass extinction rivals the severity of the previous “Big Five” extinctions in Earth’s past—including the Permian-Triassic extinction and the one that wiped out the dinosaurs. But if warming stays at the levels estimated in the low-emissions scenario, the loss of species due to climate change should stay close to its current levels.

“You see us effectively sitting on the good side of a cliff,” says Douglas McCauley, a marine biologist at the University of California, Santa Barbara, who wasn’t involved in the Science paper. But over the edge of that cliff there’s the potential for mass ocean extinction, he says.

These potential future extinctions won’t happen evenly over the planet. Deutsch and Penn’s models predicted that marine species in the tropics are likely to move further north and south as oceans warm, while species already living close to the poles are at a higher risk of going extinct altogether. We’re already seeing signs of this movement in today’s oceans, says Louise Rutterford at the University of Bristol in the UK. In 2020, Rutterford coauthored an analysis that looked at where marine species could be found in the oceans. She found that a species’ abundance tended to increase on the sides of its range that were closest to the poles and decrease on the side closer to the equator, suggesting that warming seas were forcing these animals to move away from the equator.

Species that already live near the poles are less likely to have somewhere they can move to when their oceans start warming. That’s why in Deutsch and Penn’s model, poleward species tend to go extinct altogether while tropical species are more likely to move away from the tropics. “You’ve got this potential for this changing of the guard,” says Rutterford.

Scientists know that this movement is happening today, but it’s hard to pinpoint how bad things are at the moment. For a start, we don’t have a great sense of exactly what is happening in our oceans. A lot of the best data on fish abundance comes from studies about commercially important fish species, such as tuna and pollock, while data from tropical species is much sparser. “If you really want to find out what’s going on at the equator, we do need to have studies at the equator,” says Rutterford.

“There are quiet extinctions that are happening almost certainly in the oceans that are not being detected right now. And that wave of undetected extinction is going to become a tsunami if climate change is allowed to advance,” says McCauley.

Even if we do get a handle on climate change, humans are still putting the oceans under extreme pressure due to fishing and changes to marine habitats. In 2008, the International Union for Conservation of Nature reported that 22 percent of assessed marine species were under threat of extinction, including 17 percent of sharks and their close relatives. One of the ways that governments and NGOs have agreed to protect the oceans is by turning vast swathes of them into marine protected areas—an oceanic equivalent to national parks.